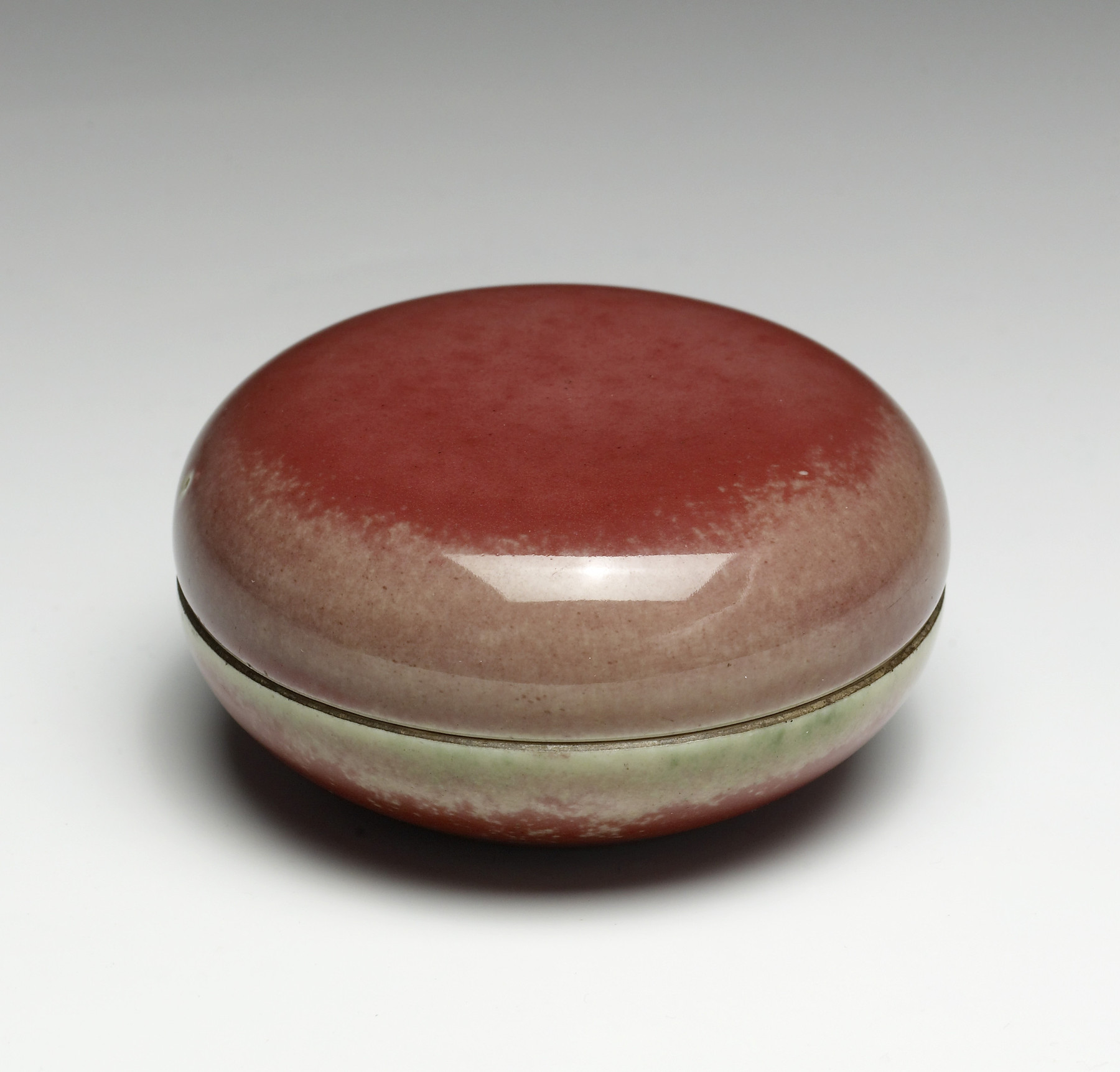 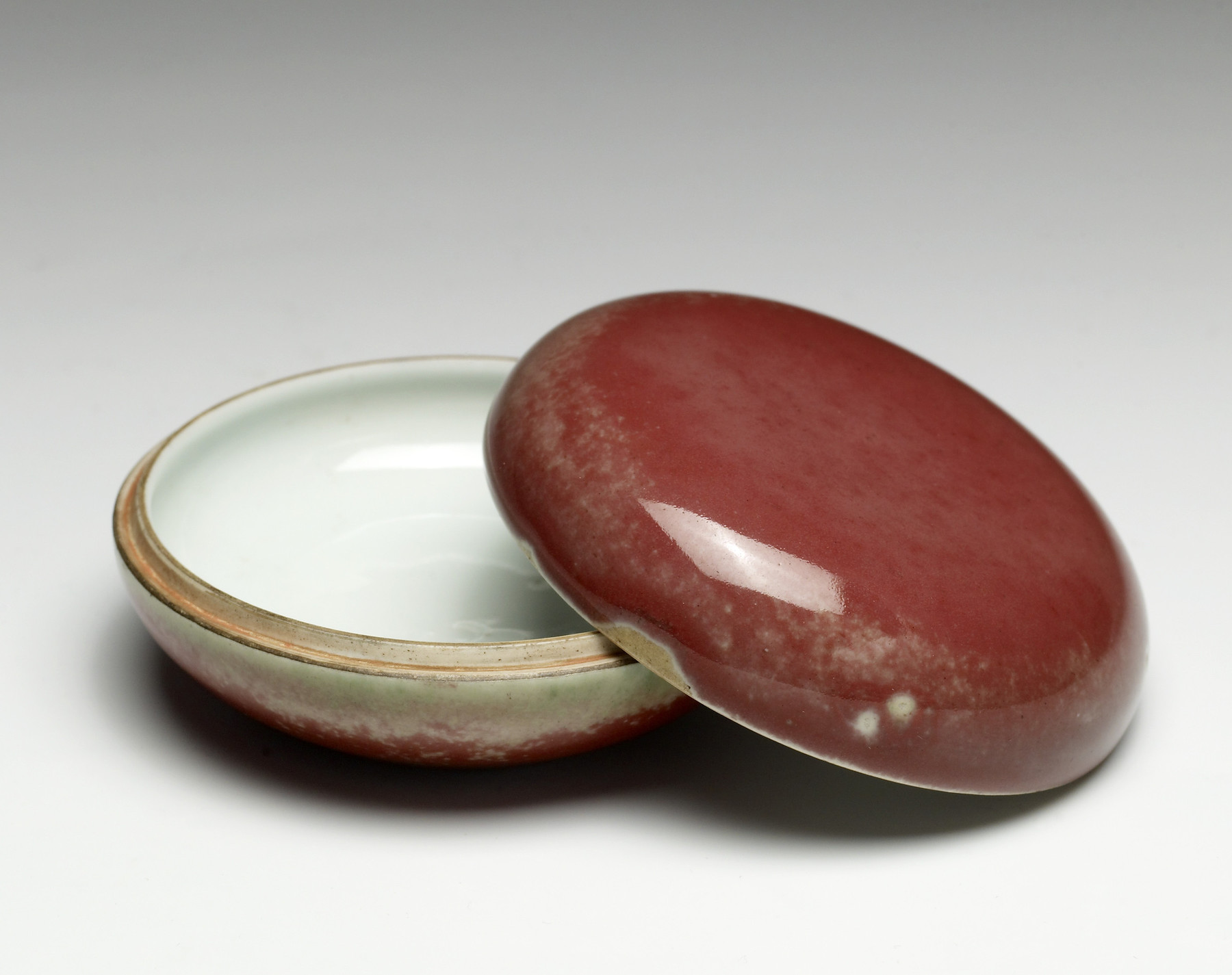 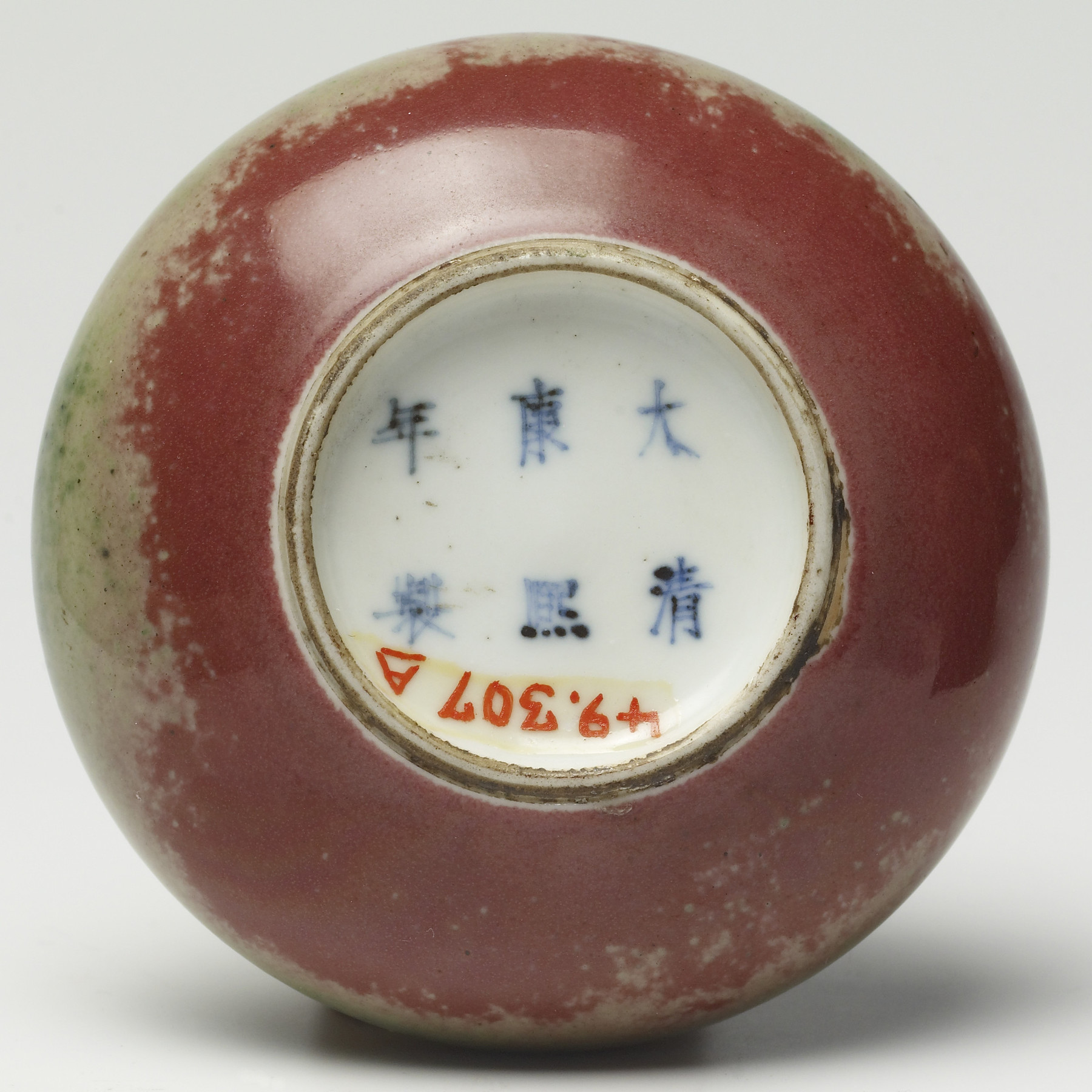 This small round covered box, called yinse he in Chinese, held the vermillion seal paste on the scholar's writing desk. During the latter half of the Kangxi reign (1662-1722), sets of petite porcelains covered in peach bloom glaze were produced at the Jingdezhen Imperial kilns. These sets, meant for the writing table, included small flower vases, brush washers, and boxes for seal paste.

A dark red mottle of the glaze on this box is interrupted by soft clouds of gray-green and more vibrant apple green. This spotting was achieved by blowing a copper-oxide glaze on to the vase and covering that with a clear glaze; when fired, the inconsistent spray of copper would create various shades of red or oxidize green.