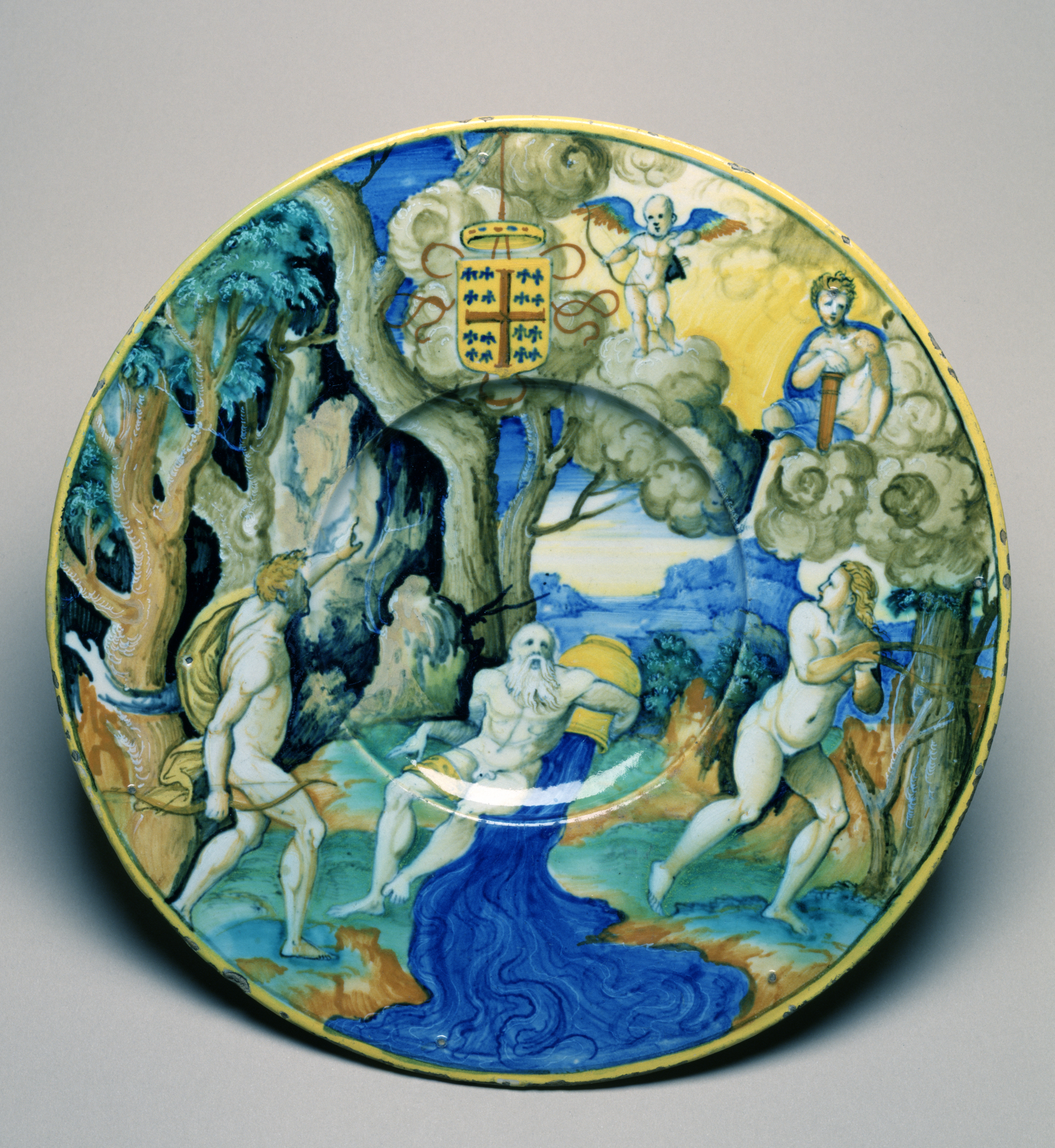 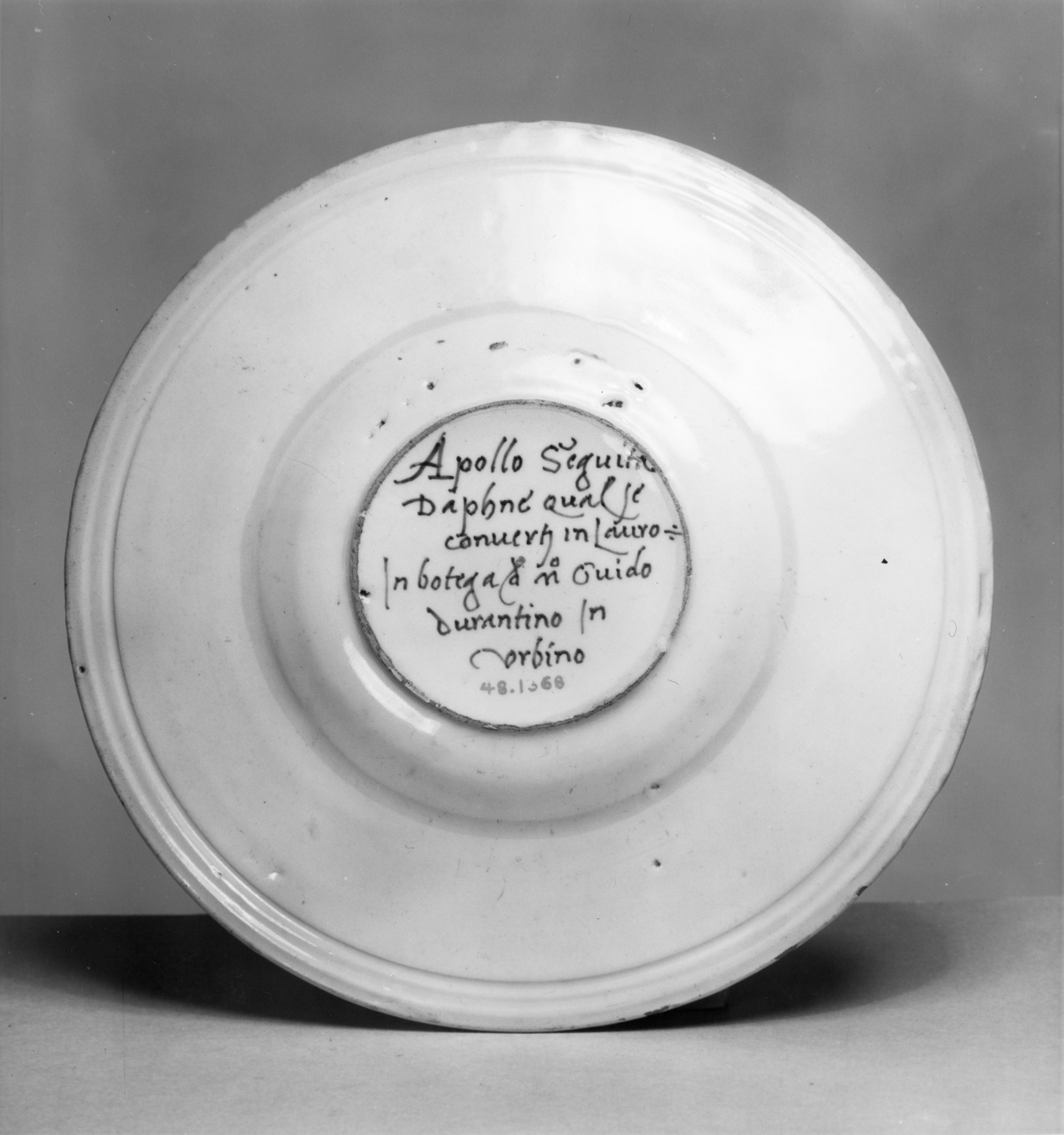 Plate with Apollo and Daphne

This plate shows a scene from the ancient Roman poet Ovid’s (43 BCE—17CE) “Metamorphoses” (Book I). Cupid, god of erotic love, tricks the god Apollo into falling in love with the nymph Daphne, daughter of the river-god Peneus. Apollo chases Daphne until she comes to the river of her father. Peneus reclines in the center, his swirling waters impeding Apollo’s progress, while Venus and Cupid watch from the clouds in the upper right corner. After praying to Peneus to save her, Daphne is transformed into a laurel tree, and Apollo vows to forever venerate the tree that was once Daphne. This story was often depicted in Italian Renaissance paintings and sculptures, as the nymph was a traditional symbol of chastity. The composition is typical of “istoriato”, a style of maiolica painting that prioritized narrative images from Classical antiquity and the Bible. The back of the plate is stained with green and decorated with three concentric yellow circles, three raised circles near the rim, and in the center, in blue, is the inscription: “Apollo Seguita/ Daphne qual se/ conuerh in Lauro / In botega m Guido/ Durantino in/ urbino,” identifying the plate’s obverse scene and maker.

This plate belongs to a large set of tableware commissioned by Duke Anne de Montmorency (1493-1567), the French politician and royal advisor to King Francis I (1494-1547). The Duke’s coat of arms is displayed directly above the plate’s central roundel. The service was the first major “istoriato” series painted for a foreign patron, and was produced by the workshop of Guido Durantino, which employed numerous maiolica painters from Urbino during the first half of the sixteenth century. To see more by the workshop of Guido Durantino, click on the name in the creator field. For more on ‘istoriato’ imagery, see 48.1487; for information on ‘maiolica’ in general, see 48.1336.

[Inscription] In the center, between the footring, in blue: Apollo Seguita / Daphne qual se / conuerh in Luaro÷ / In botega (Maker's Mark: lowercase d crossed with a curving line moving from lower left to upper right) m° Guido / durantino in / urbino