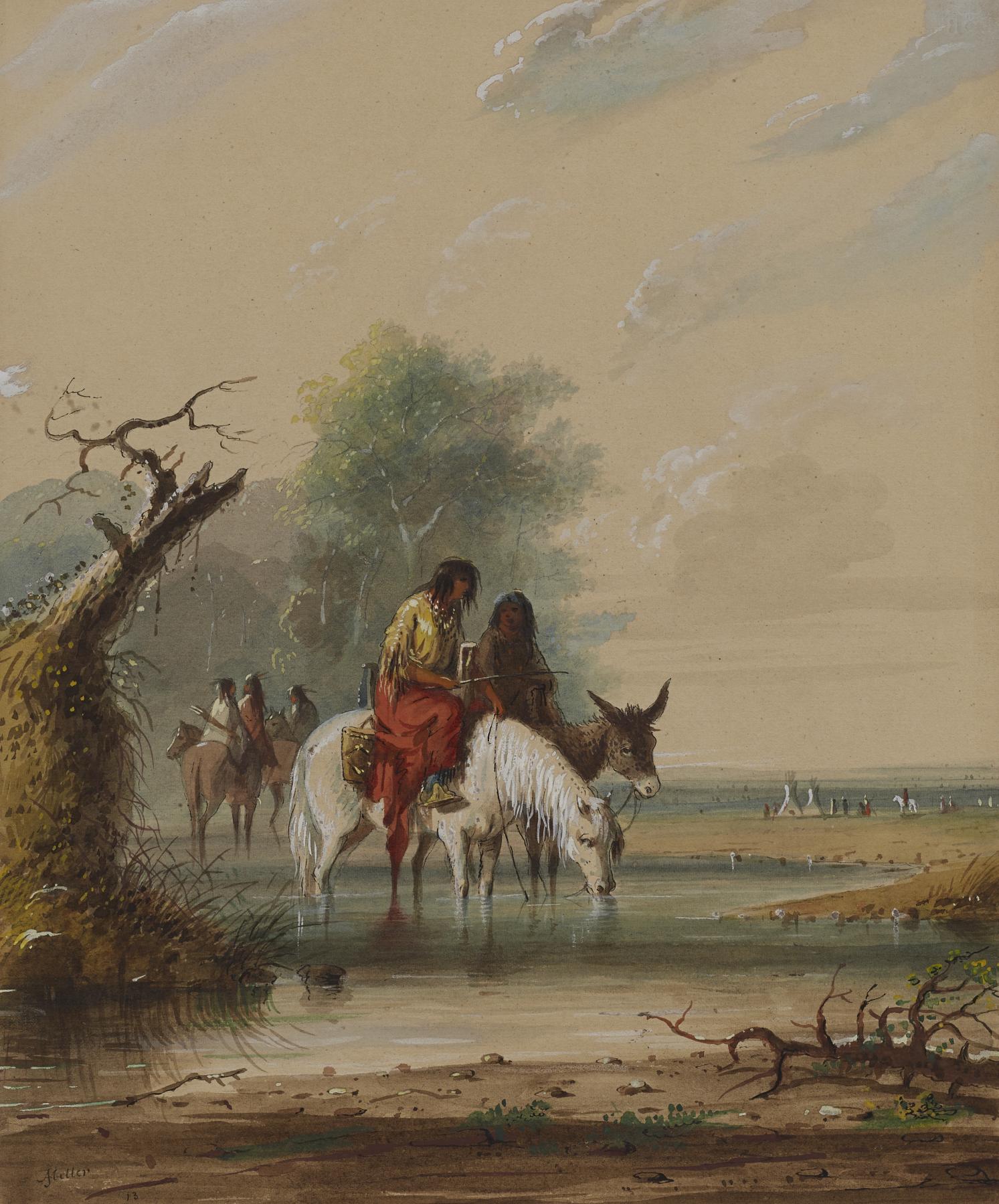 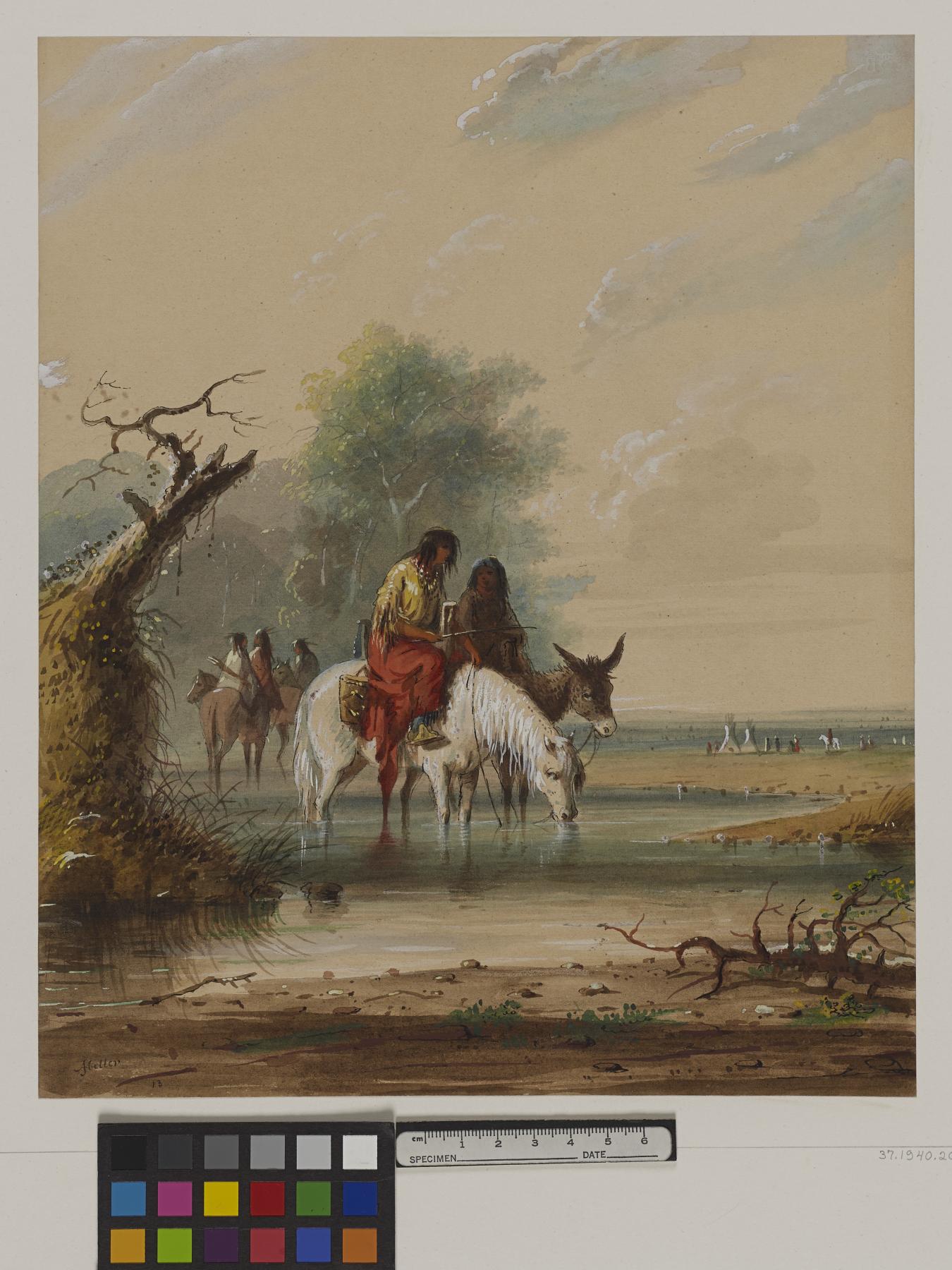 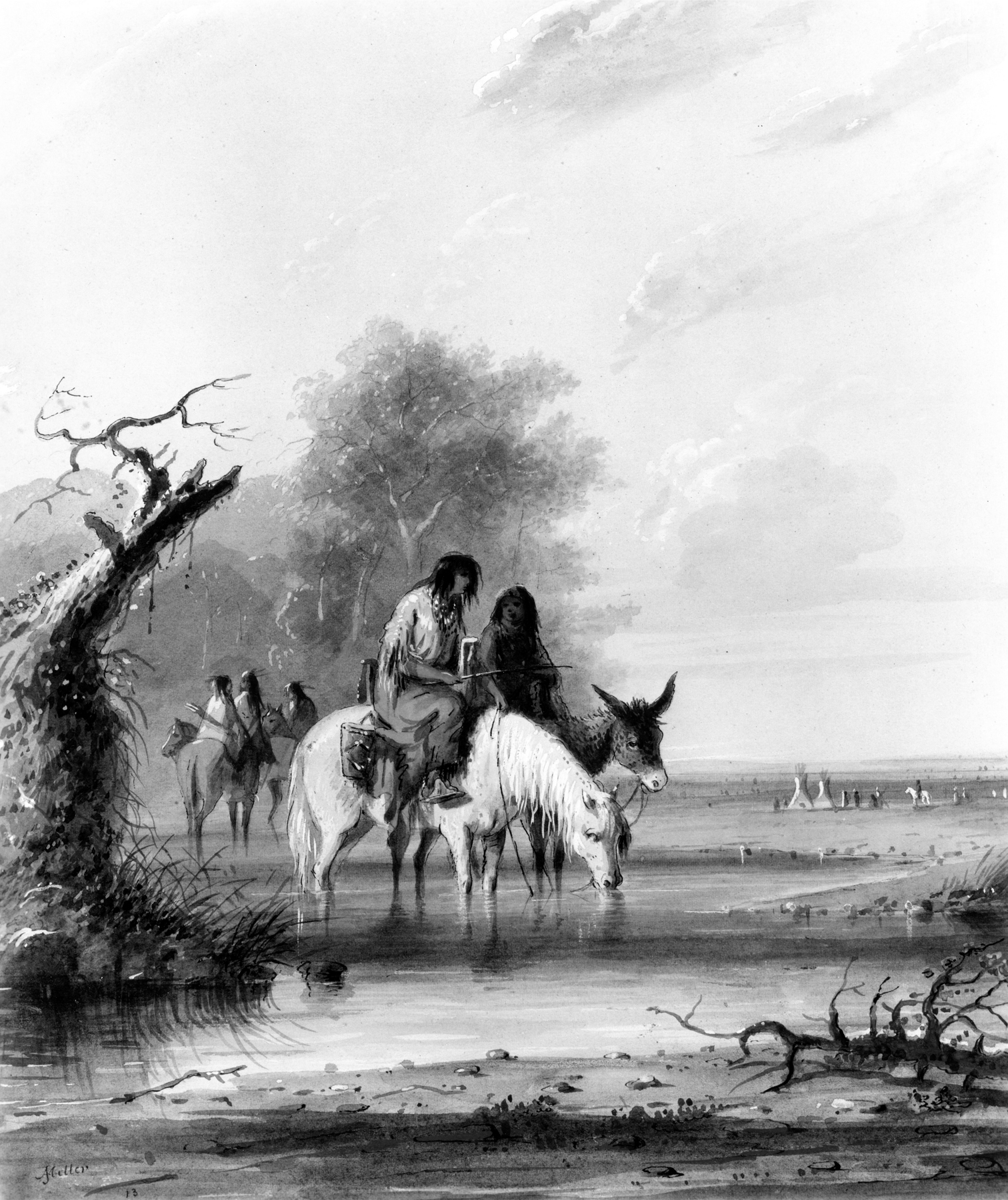 "The sketch may be said to represent a small slice of an Indian paradise; - Indian women, horses, a stream of water, shade trees, and the broad prairie to the right, on which at times may be seen countless herds of Buffalo, Elk, and deer." A.J. Miller, extracted from "The West of Alfred Jacob Miller" (1837).