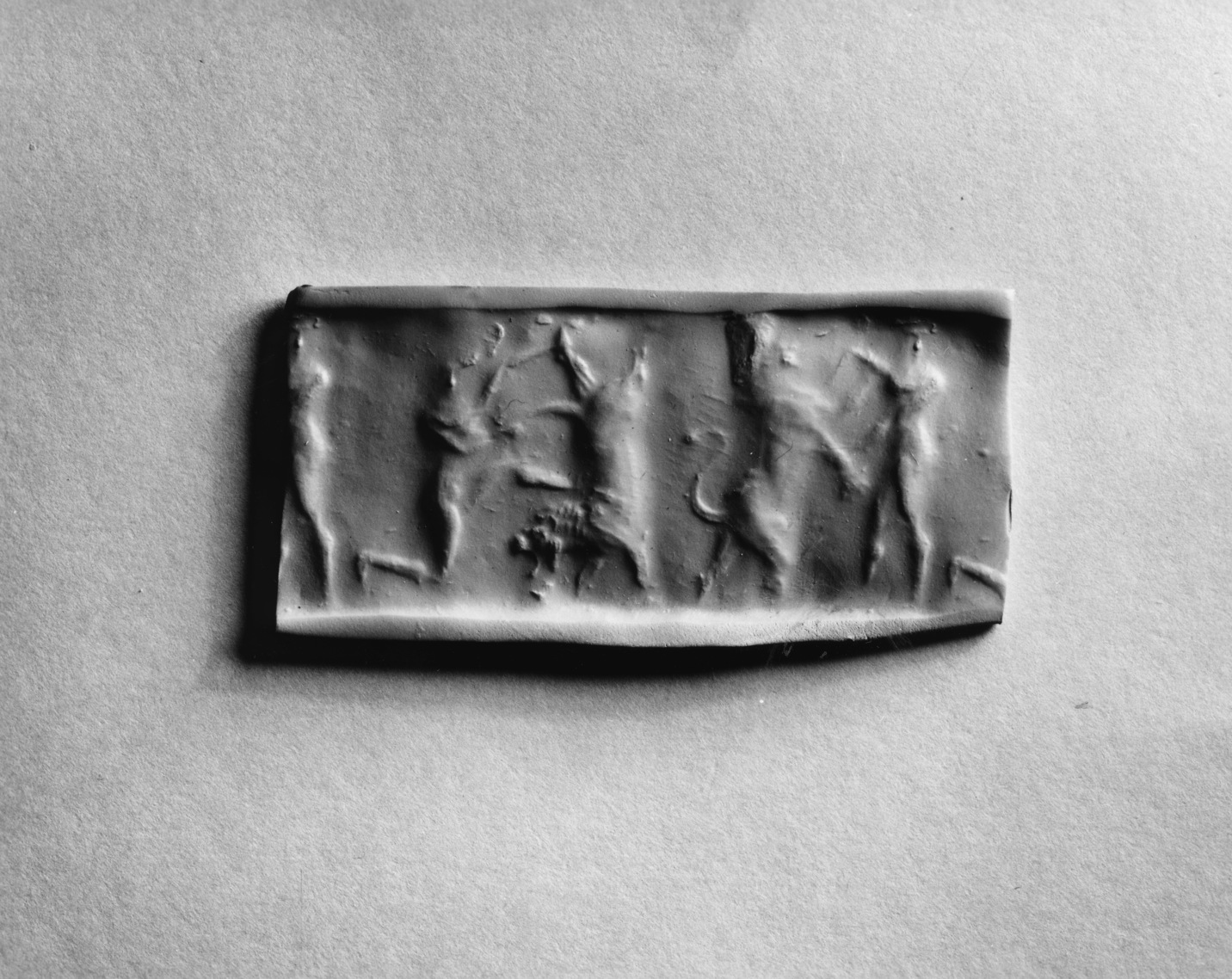 This scene illustrates two figures wrestling lions, one inverted and one upright.