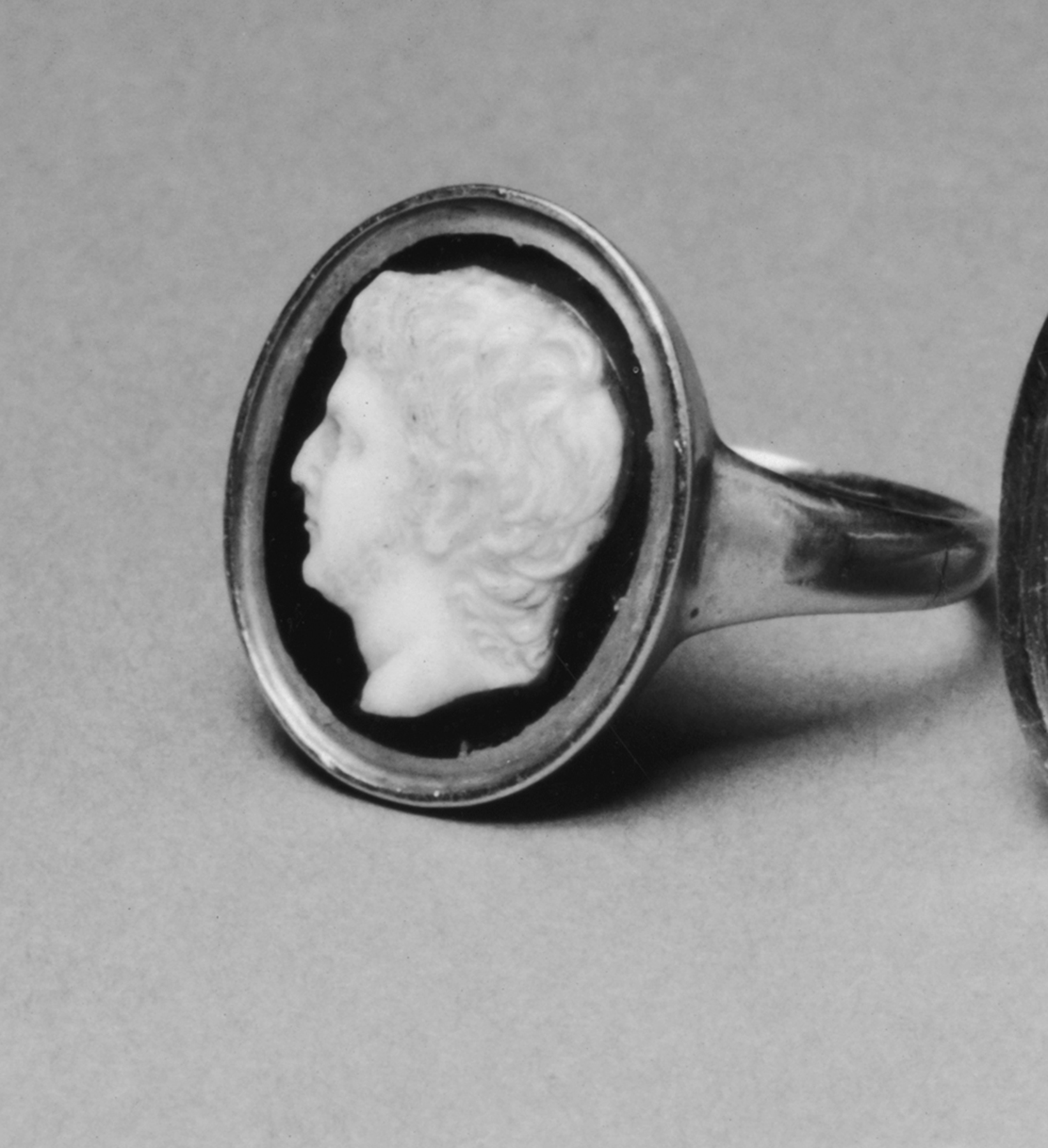 Cameo Portrait of the Roman Emperor Tiberius (or Octavian)

This profile portrait of a Roman emperor, carved in relief within the band of white stone within the otherwise dark red sard, was surely acquired as an ancient Roman gem, although the manner of carving points to the 1600s. given the demand by collectors for ancient carved gems, many fakes were produced; a great many of these, as this one, are actually very good but the varver attempted to hide his own style. This gem was in the famous 18th century collections of the Dukes of Marlborough with an unbroken provenance until this day. For more on the Marlborough gems in the Walters google "Gems belonging to the fourth Duke of Marlborough in the Walters."