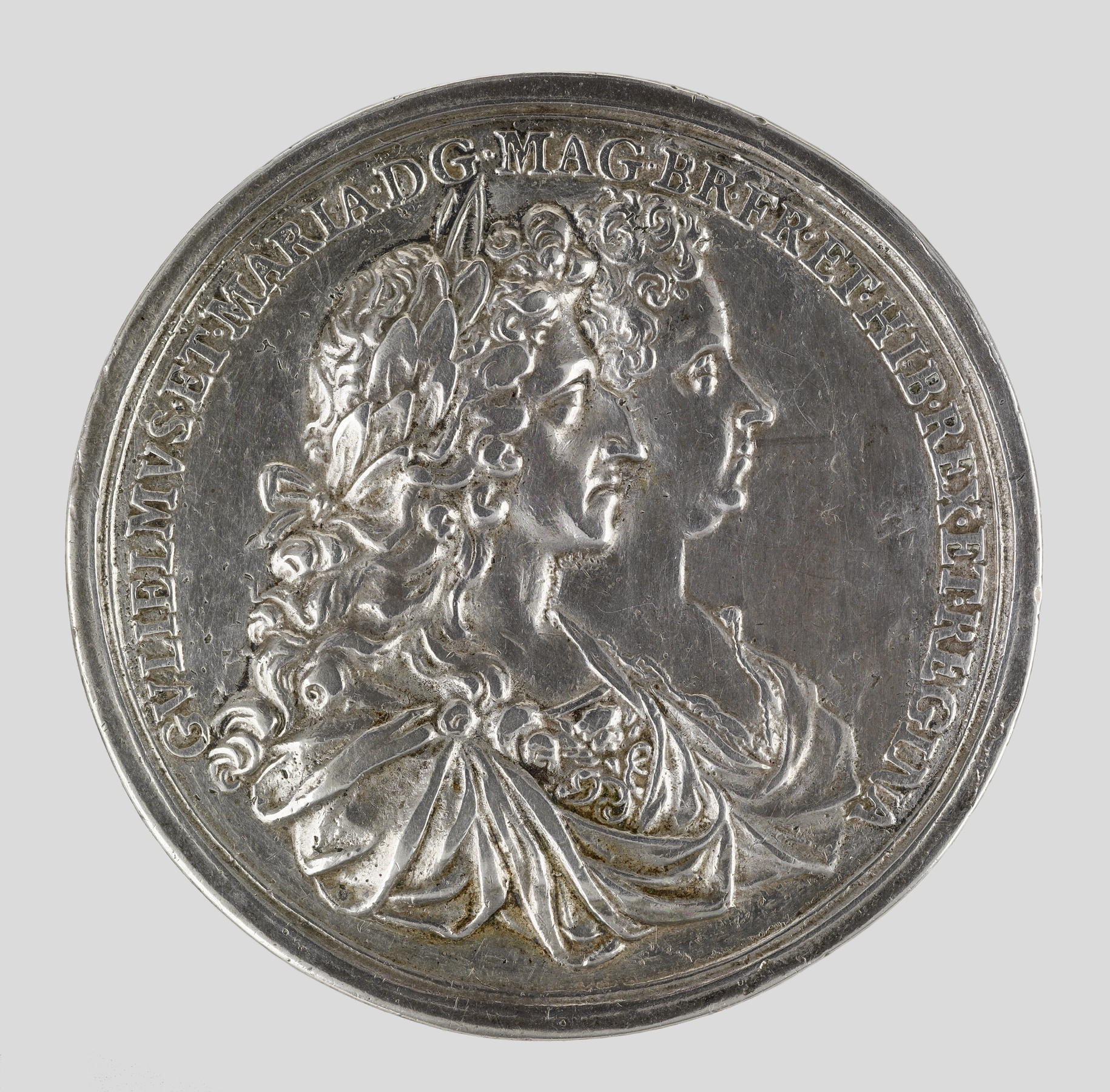 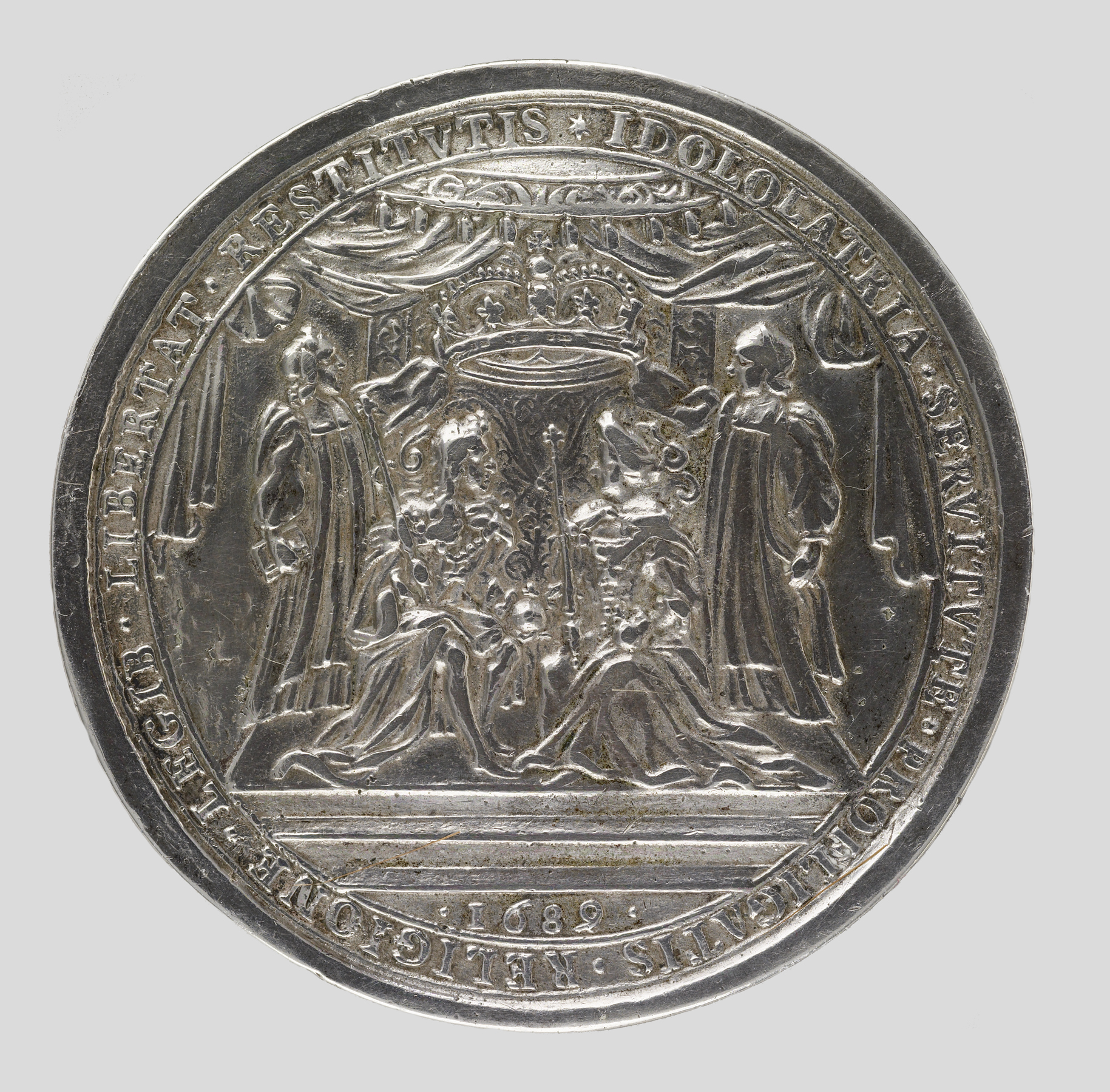 Willem Hendrik, prince of Orange (1650-1702), was recognized as Willem III, "stadholder" (elected head of state) of the Dutch Republic in 1672. To cement relations between the Dutch and the English in the Protestant cause, he married his cousin Princess Mary Stuart (1662-1695), daughter of the future James II. English Protestants were worried that James, who had converted to Catholicism, would lead the country astray and asked Willem to intervene. His military victories were swift, and, in 1689, "William" and Mary were crowned king and queen of England. Medals were struck in England and the United Provinces to celebrate the coronation.