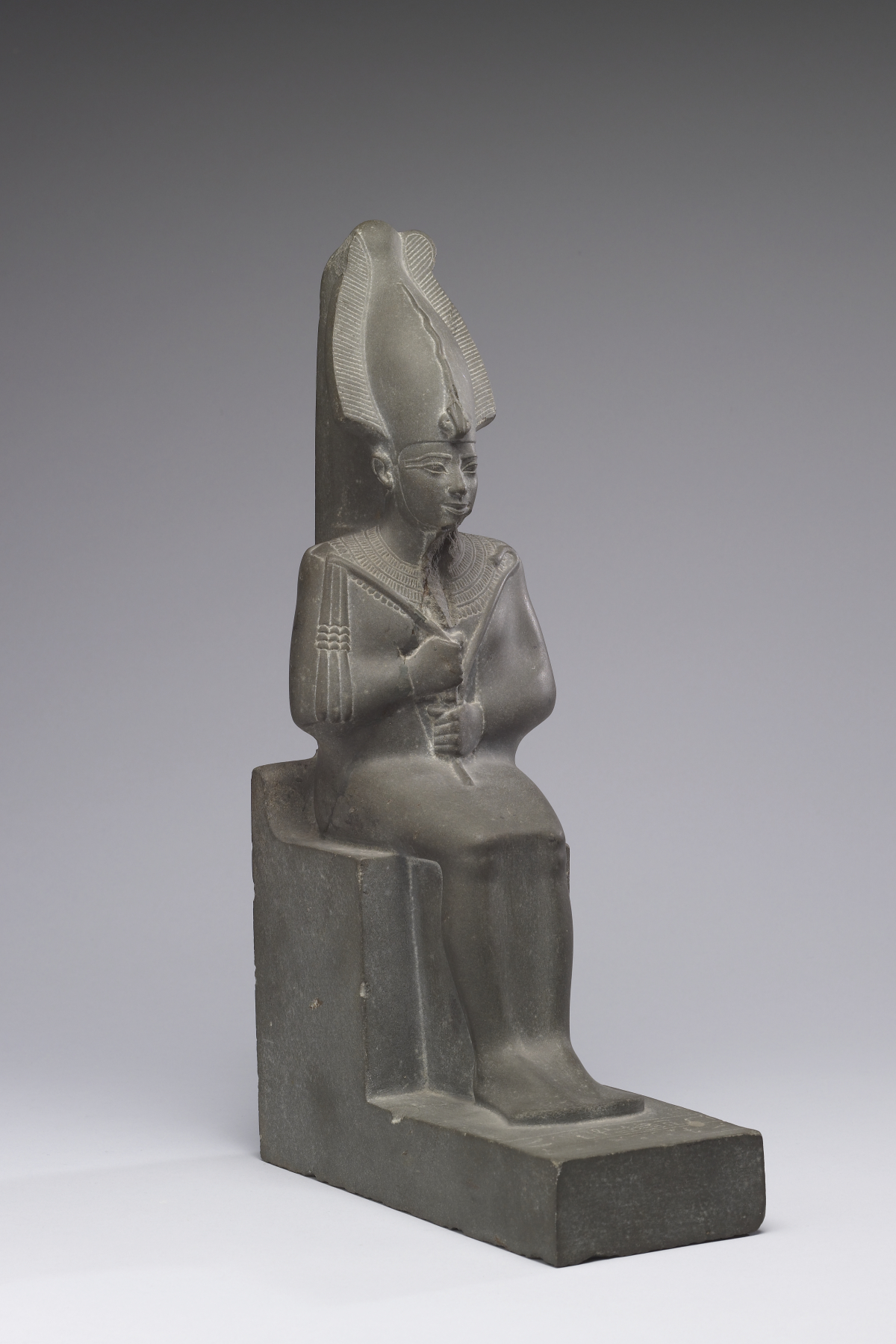 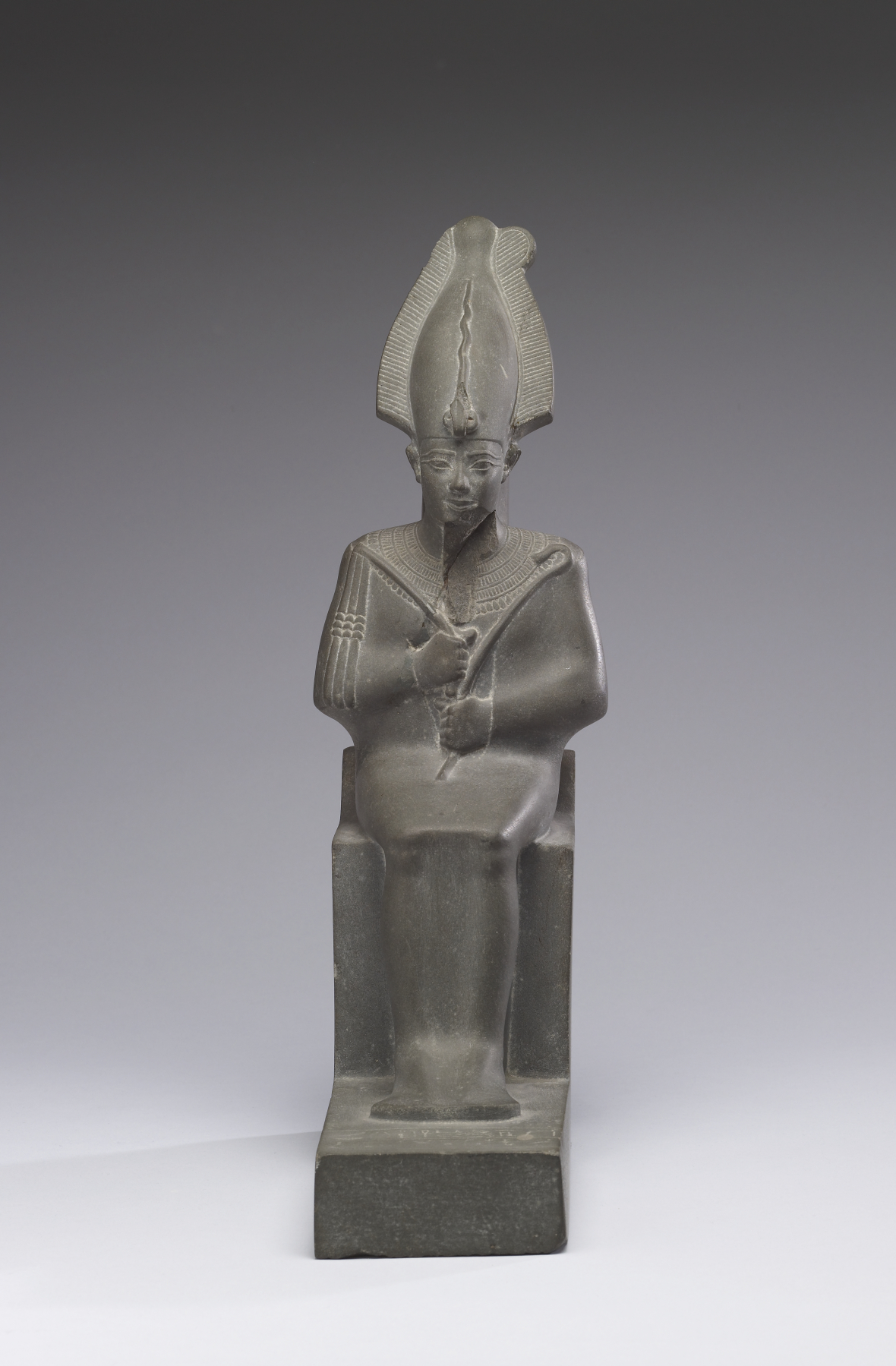 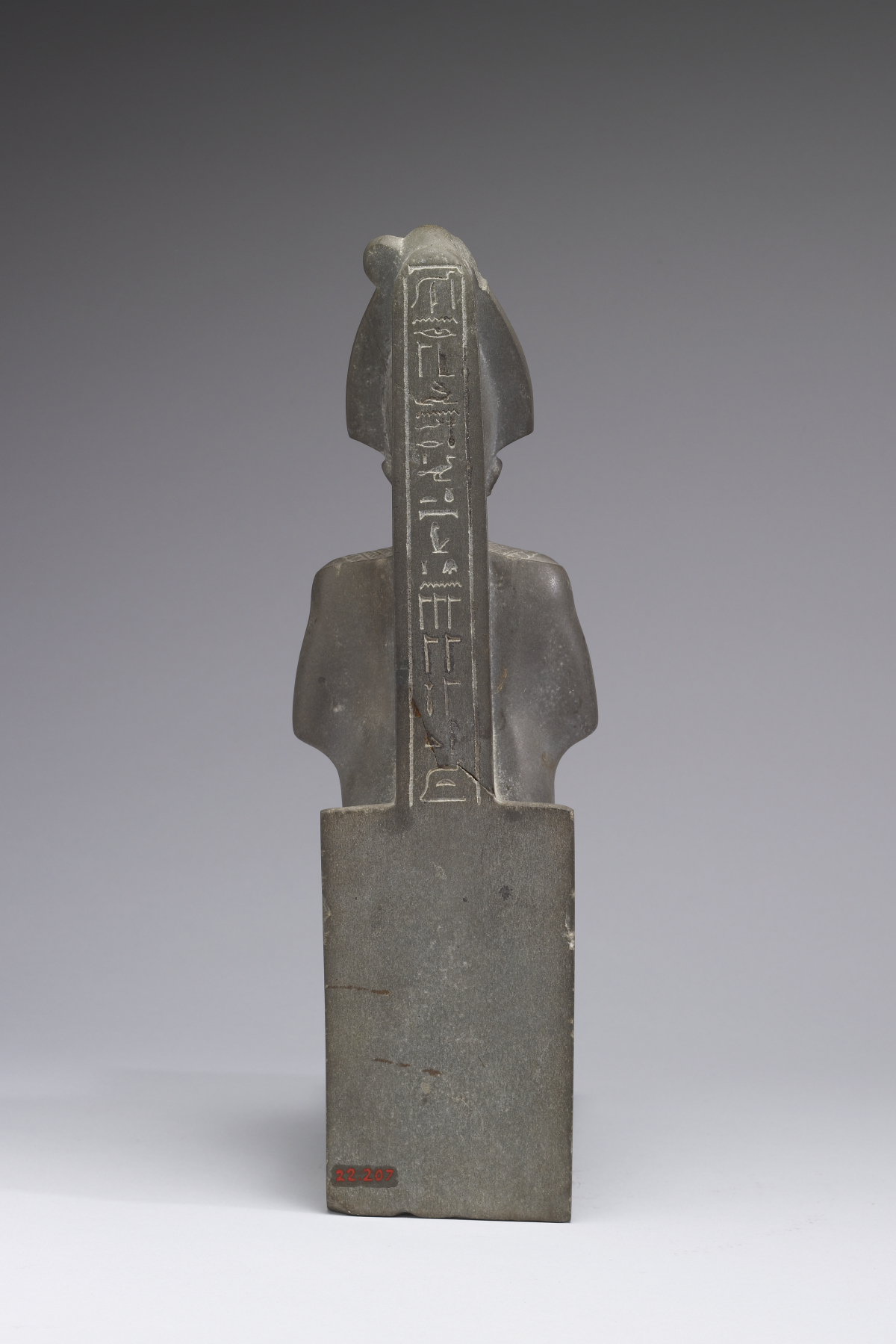 Osiris, Lord of the Dead

This statue of Osiris seated was donated to a temple by an Egyptian official whose name is lost. The text on the base and back pillar contains a prayer to Osiris-Wennefer (eternally incorruptible), named as the son of Nut (the goddess of the sky), head of the gods, great god, and ruler of eternity. The crook and flail in his hands and the ritual "atef"-crown identify him as a former king, albeit a mythical one.