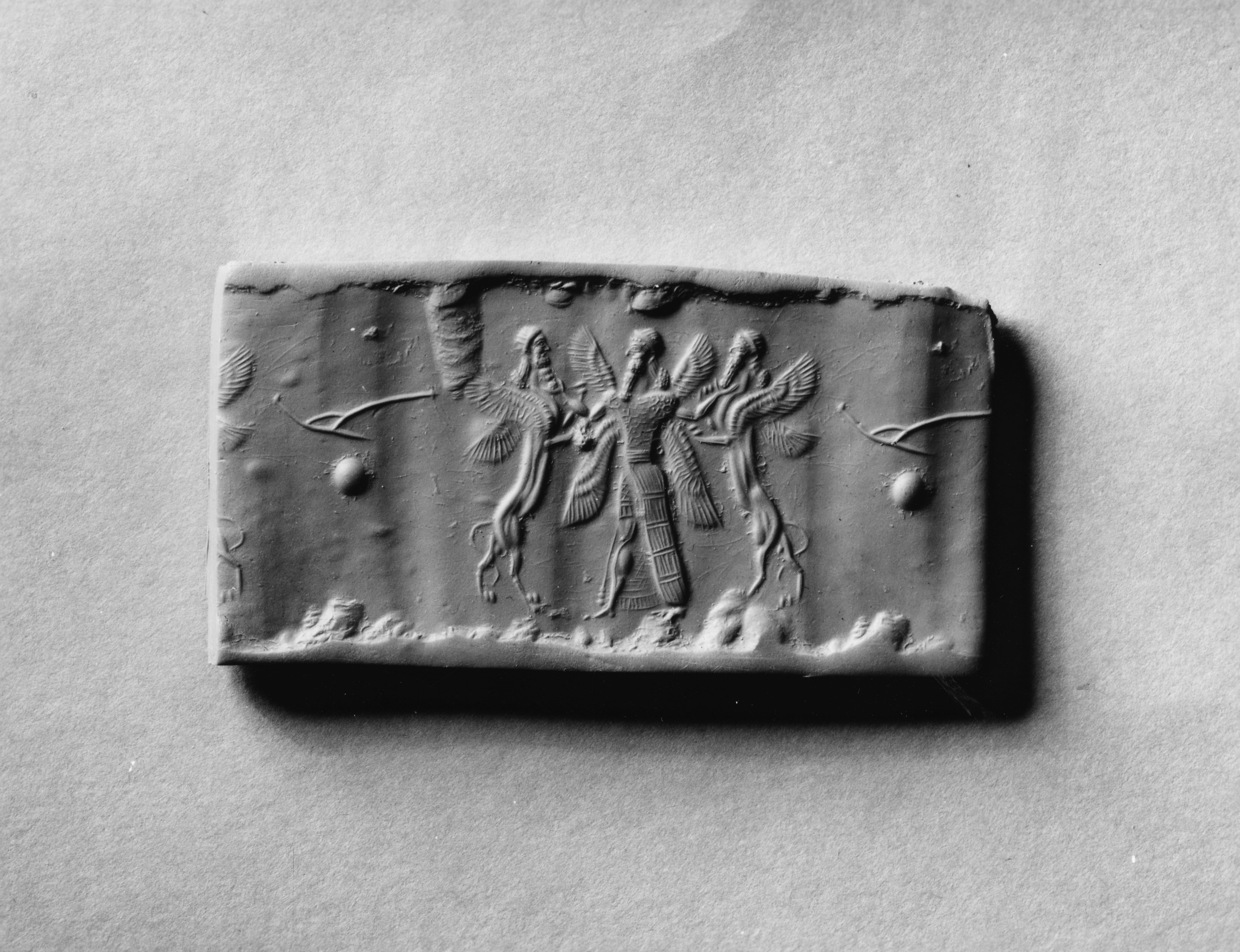 This seal's intricately carved scene depicts a winged genius in the "Master of Animals" pose. He is flanked by winged human-headed bulls, and the genius holds them by their beards.