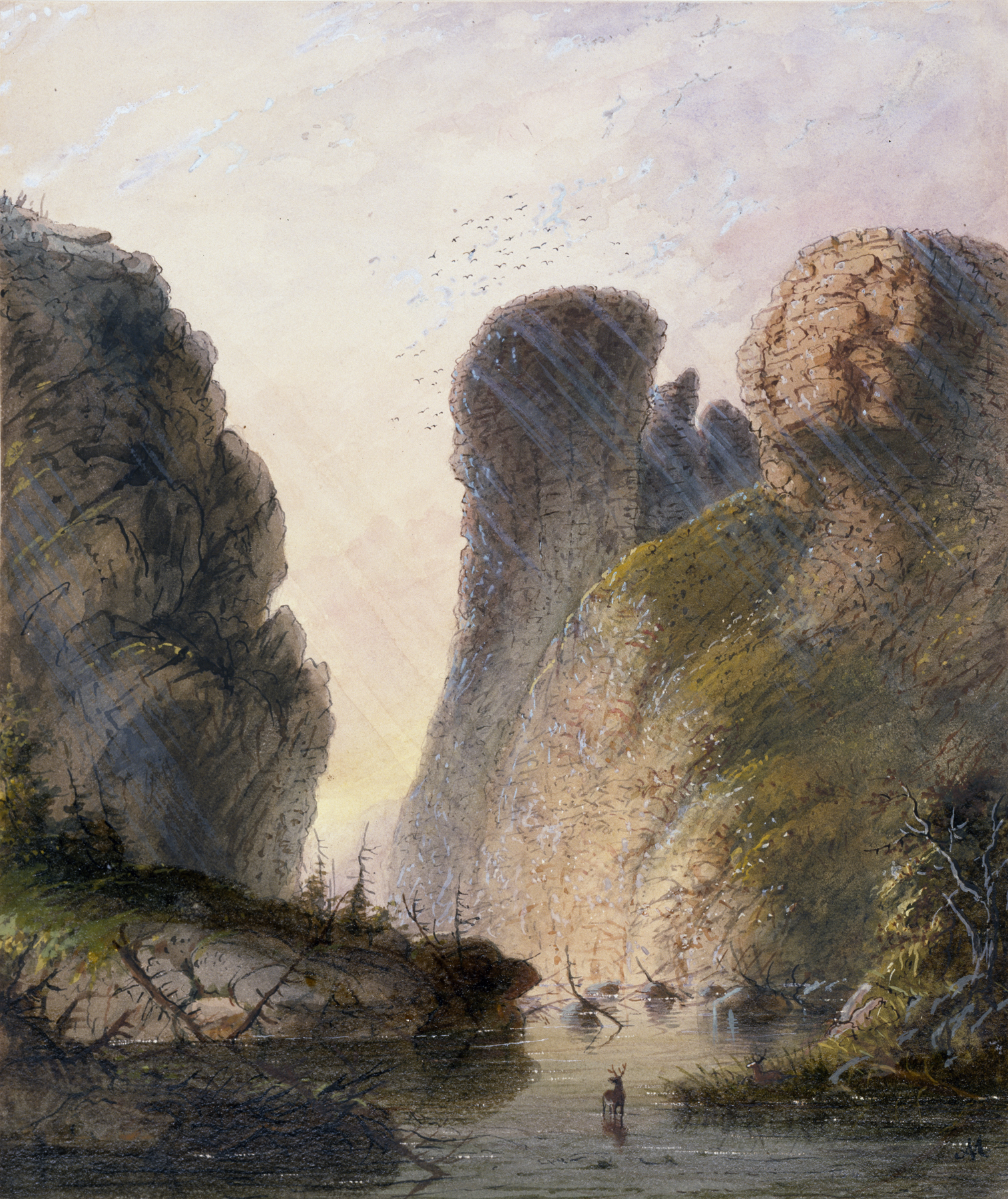 "The traveller on his way to the South pass of the Rocky Mountains encounters this singular scene, about 5 miles beyone Independence Rock, where the Sweet Water has forced its way through a granite ridge. Col. Frémont, who seems to have measured it, thus decribed it.- 'The length of the passage is about 300 yards, and the width 35 yards. The walls of rock are verticle, and about 400 feet in height; and the stream in the gate is almost entirely choked up by masses which have fallen from above. In the wall on the right back is a dike of trap rock, cutting though a fine grey granite; near the point of the ridge crop out some Starta of the valley formation, consisting of a greyish sandstone and fine grey conglomerate and marl.' The sketch however will convey a better idea of the scene than any written description can possibly accomplish." A.J. Miller, extracted from "The West of Alfred Jacob Miller" (1837).