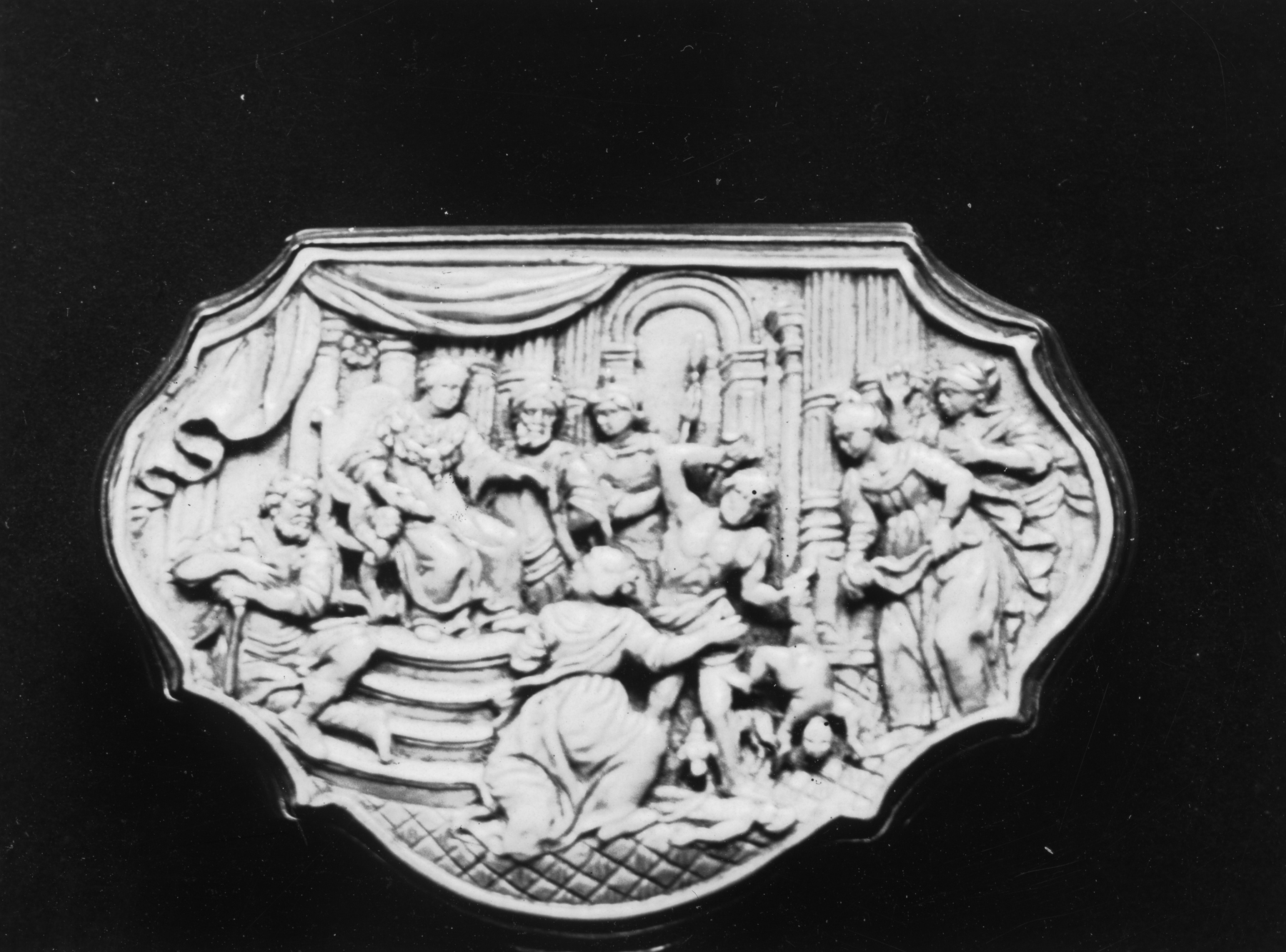 Snuffbox with Judgment of Solomon

The box is of the typical shape of those made early in the reign of Louis XV. The scene must have been taken from a Dutch, or perhaps Flemish, drawing and is carved in ivory with the Judgment of Solomon. The ivory bottom of the box is carved with a Baroque scroll.

A rather similar box, in mother-of-pearl and showing Pharaoh's army at the Red Sea, is in the Walters Collection (Walters 57.107). It is marked by an Amsterdam marker and dated 1739.