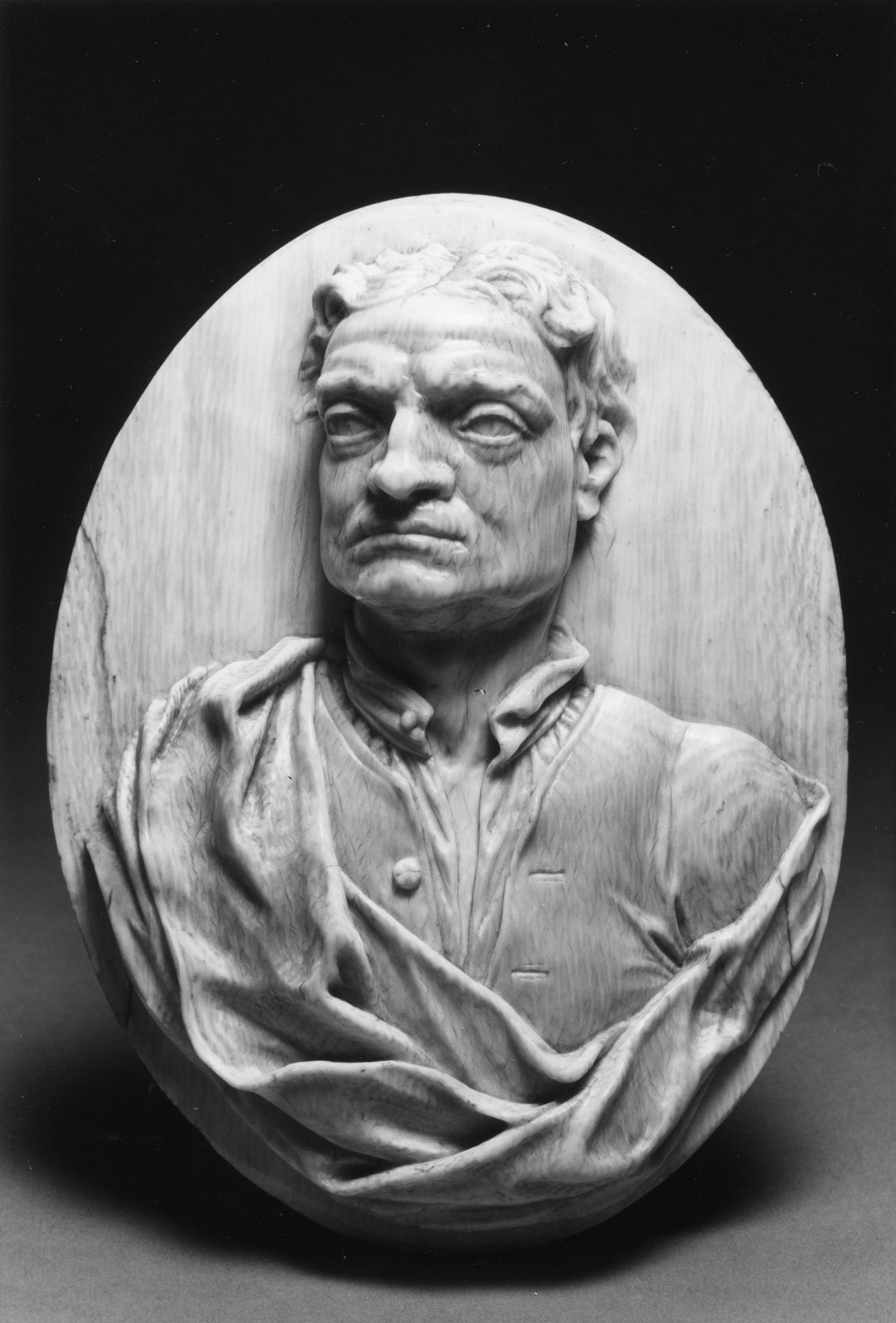 This bust of Sir Isaac Newton is carved in high relief. His right shoulder and chest are swathed in heavy drapery, partially covering the shirt and coat, which are open at the neck. The subject's hair is parted in the center and curls behind his earls. He is portrayed with a heavy, square jaw, wide-set eyes, and scowling eyebrows which give him a forbidding expression. The relief is based upon Michael Rysbrack's bust of Newton known as the "Conduitt" bust, of which there are at least six replicas. Stylistically, the carving is similar to that of Alexander van der Hagen, who worked for Rysbrack and is known to have copied his master's bust in ivory. A piece virtually identical to this can be found in the Victoria and Albert Museum, London.

[Inscription] On the reverse, in ink, in large black script: Newton