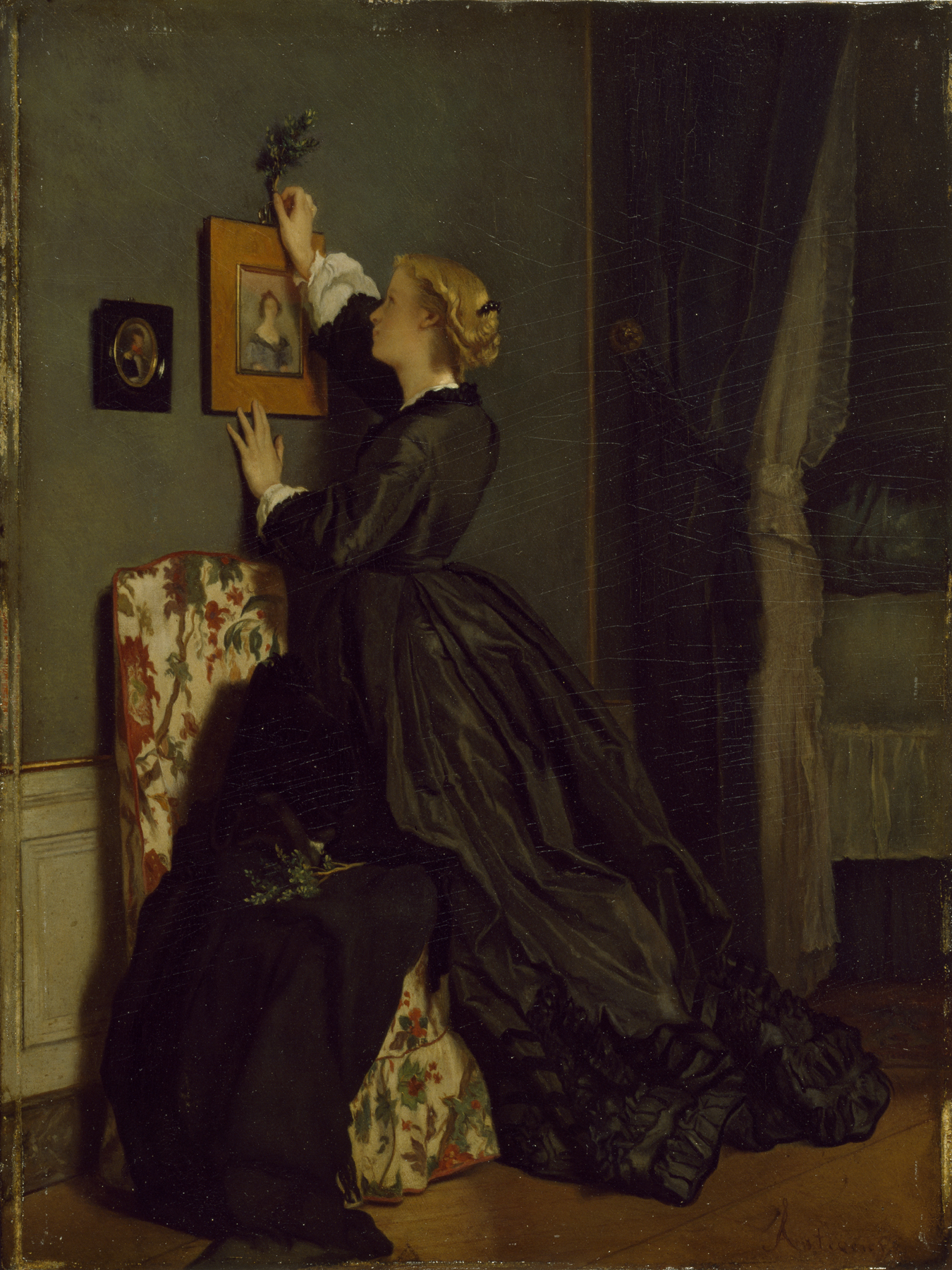 An elegantly dressed young lady is placing a sprig of box behind the frame of her mother's portrait hanging on the bedroom wall. Another bough, lying on her cloak, is intended for the adjacent miniature, presumably a portrait of her father.

This picture is a variant of the more elaborate "Les amours éternelles," formerly in the collection of Robert Hoe, Sr., of New York. In the Hoe painting, a dark rather than fair-haired model, still wearing her cloak, throws a kiss in the direction of her mother's portrait while placing the greenery above it. The Hoe picture also differs in the addition of a Persian cat arching its back in the foreground.

[Signature] At lower right: A Stevens