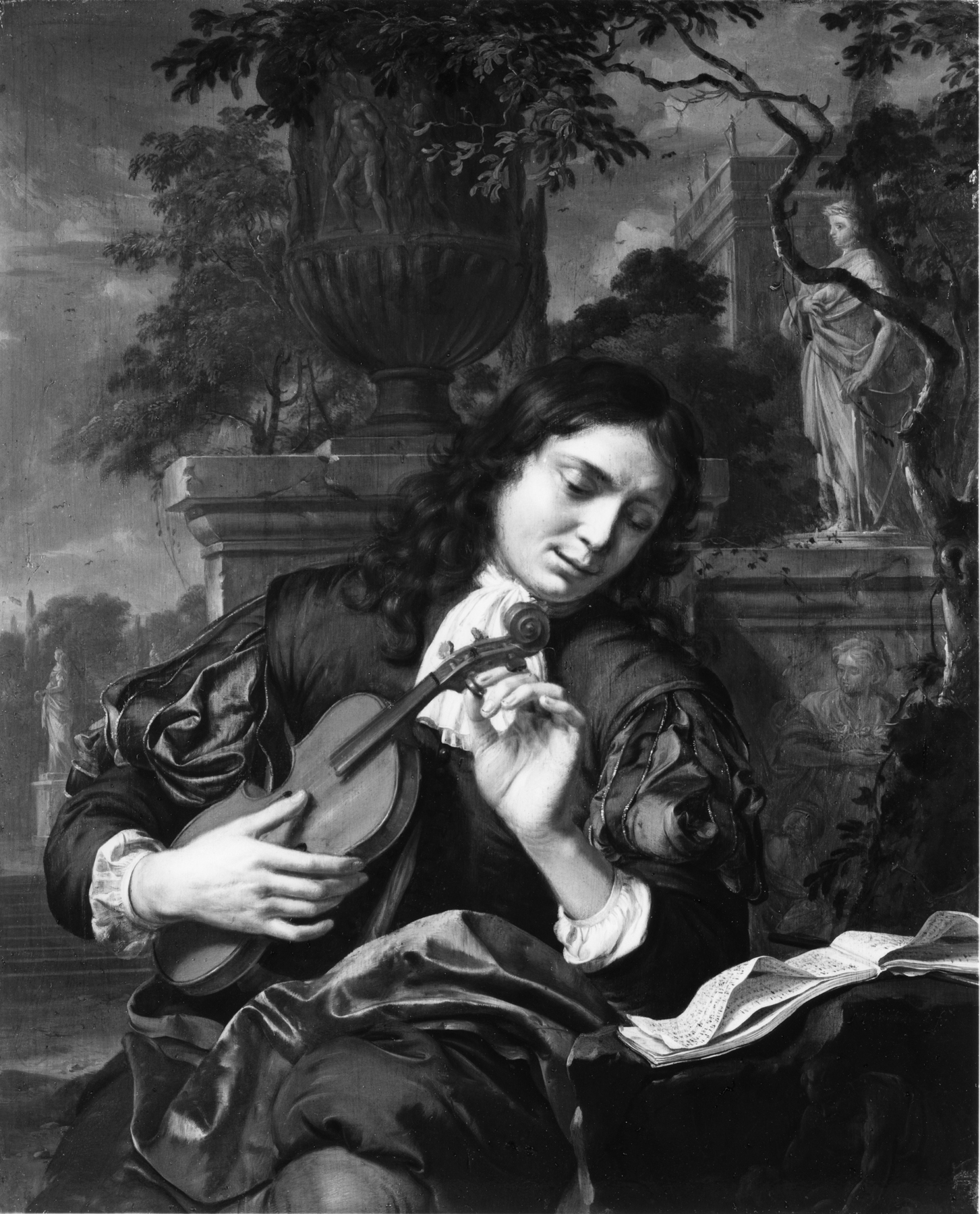 Music is often celebrated in 17th-century Dutch art as a metaphor for love. This theatrically dressed young man tunes his violin while considering the music he will play. It is written for two parts, so "The Violinist" was originally accompanied by a painting of a young woman. This is a suggestive invitation to join in a duet. On the pedestal to the right stands a statue of the Muse of music, Euterpe with her harp, as if to inspire their harmonies.

The soft modeling of the face is in the style of Wytmans's teacher in Utrecht Jan van Bylert, but his crisp satins reflect the refined images of courtly life produced throughout the Dutch Republic in the later 1600s.