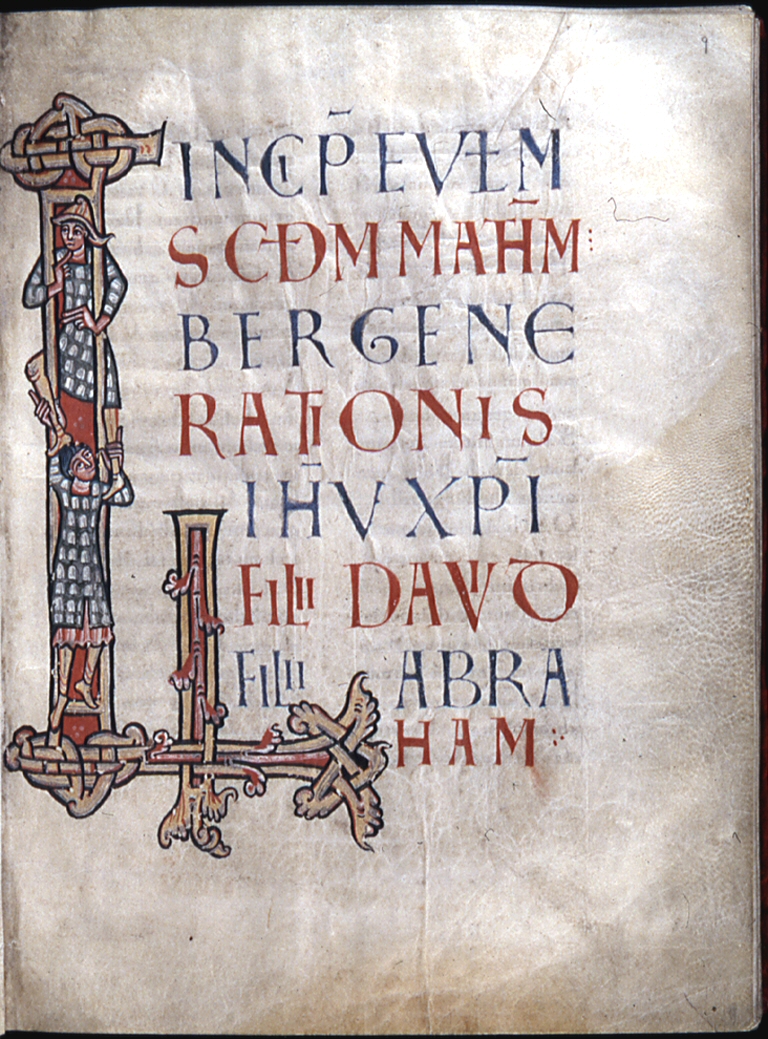 Enlarged initials filled with humans or animals are known as "inhabited initials," and they tend to be playful rather than illustrations of the text. On this page, two armored soldiers scale the initial L at the beginning of Matthew's Gospel. One hoists the other up on his shoulders, perhaps offering his companion a better view of the angel on the opposite page. While fun, these types of images were also useful, since they visually marked sections of text.

Acquired by Henry Walters, after 1894 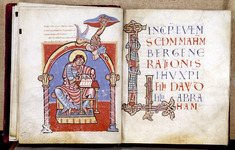