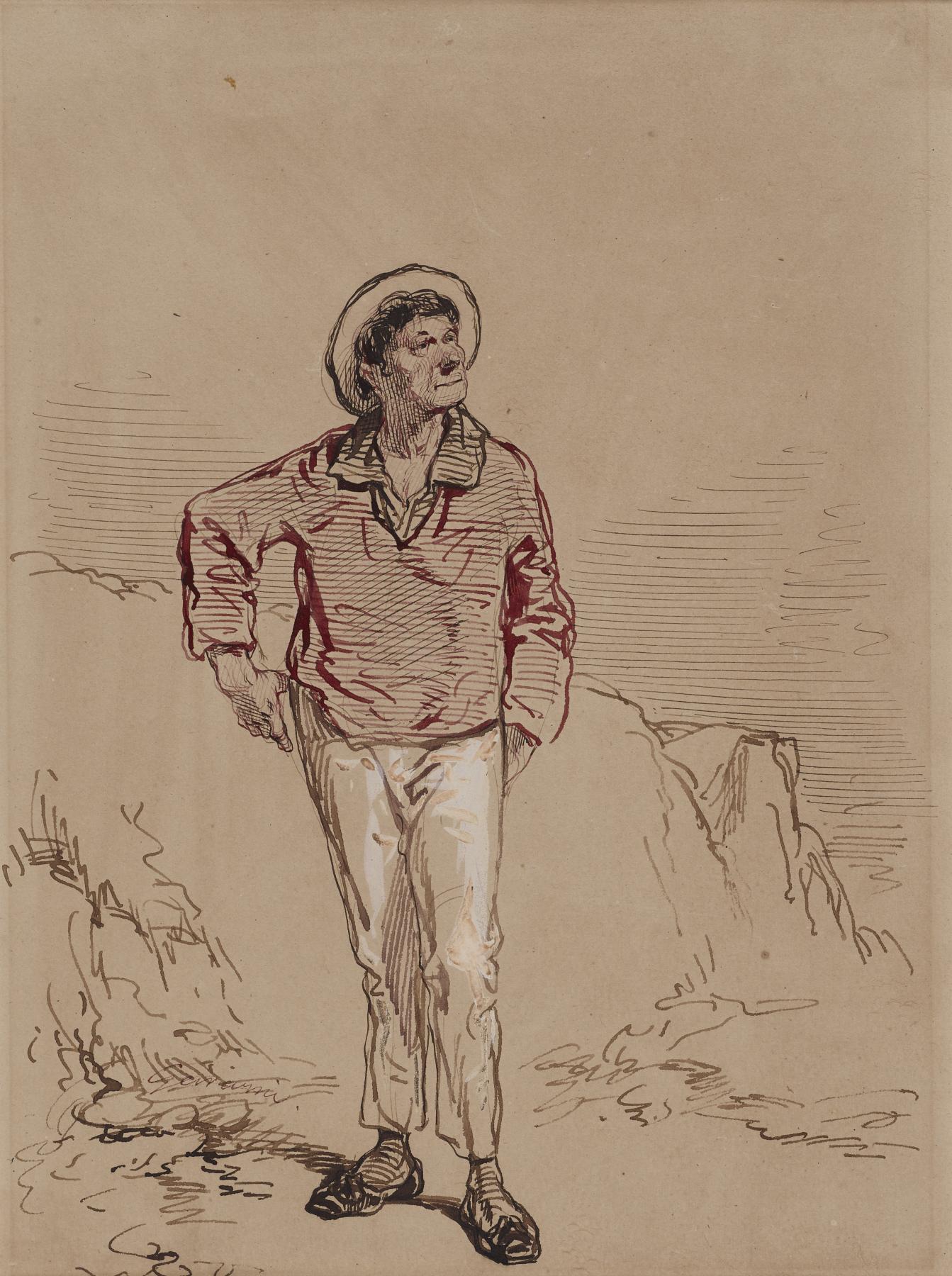 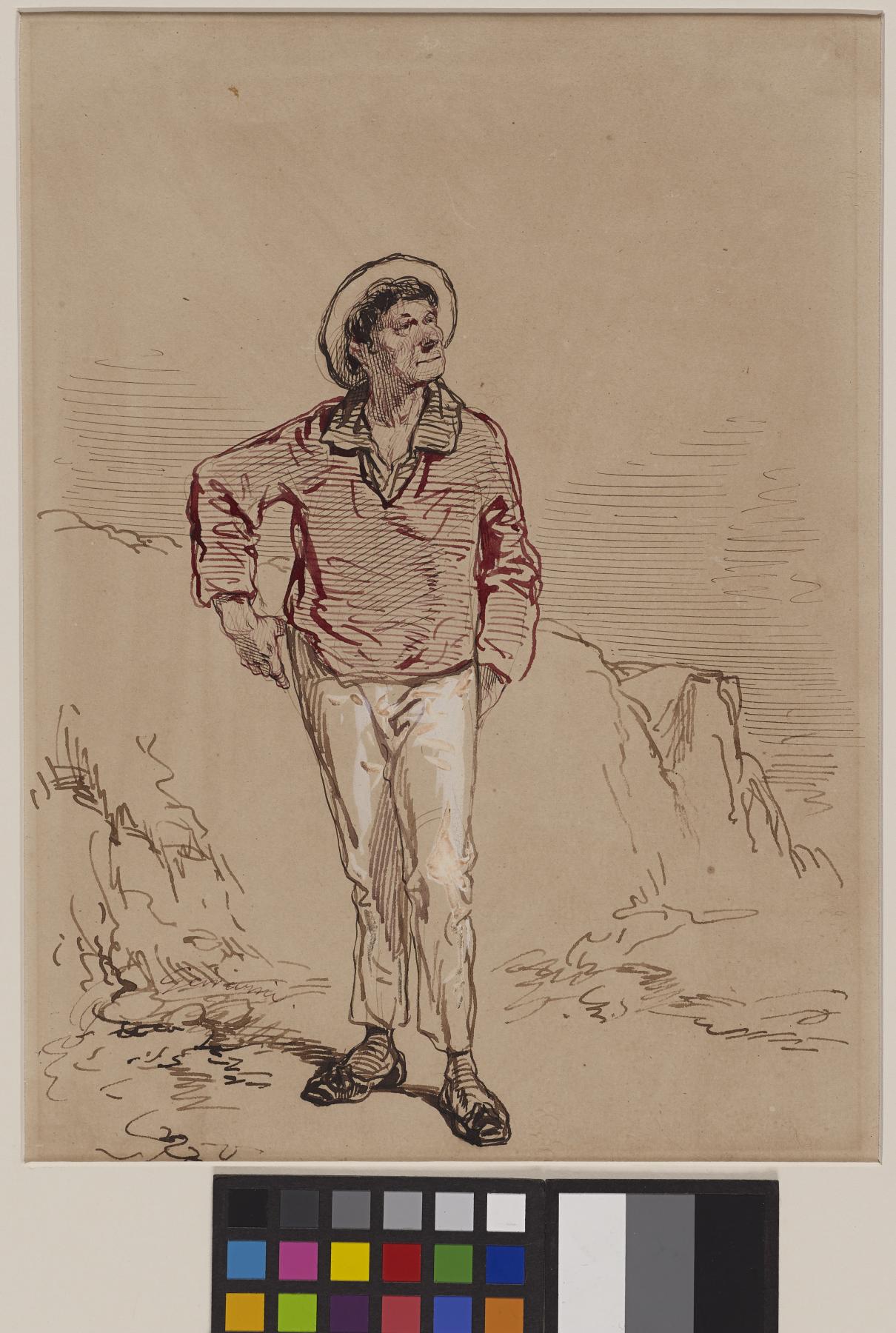 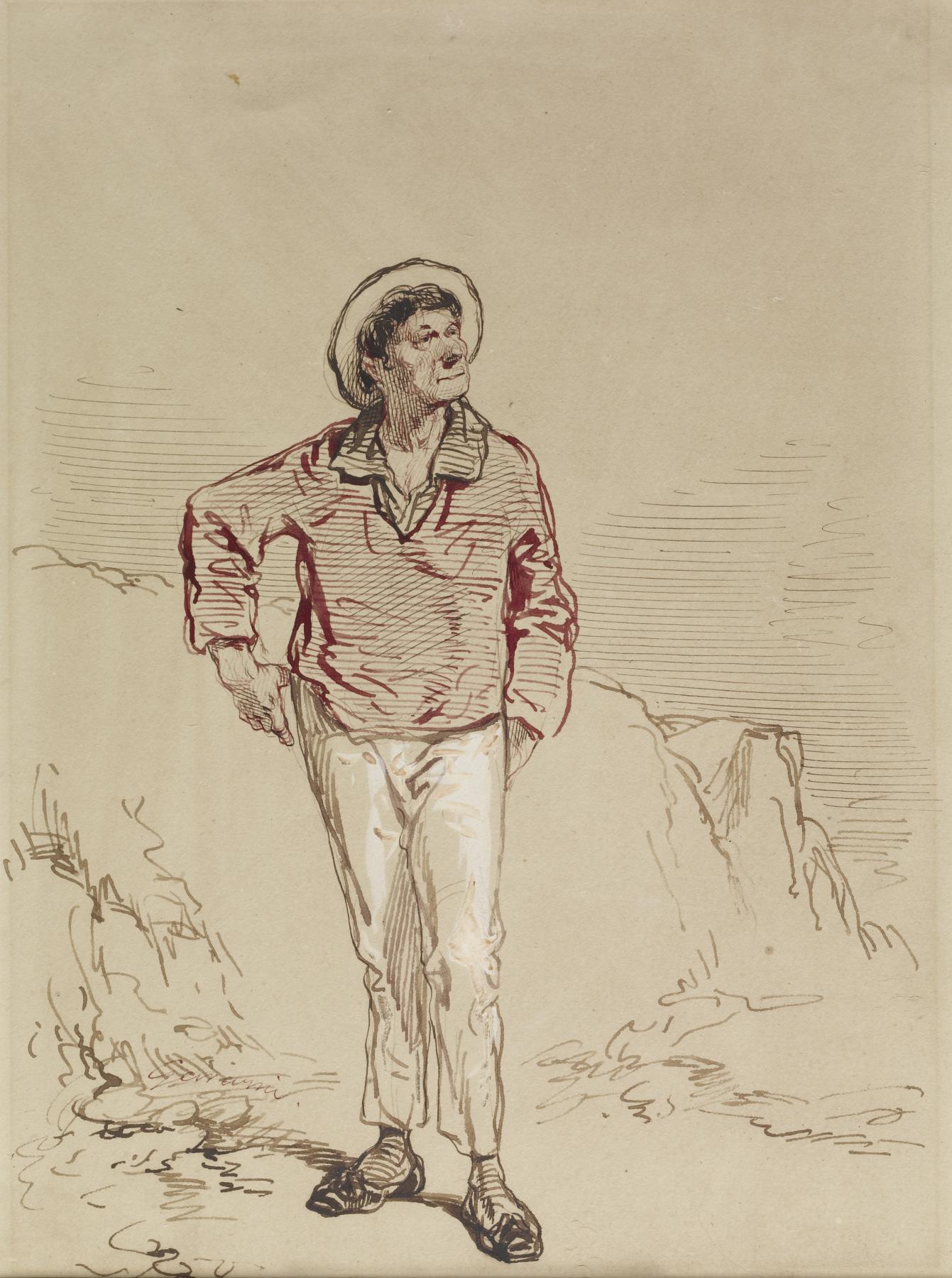 Paul Gavarni was known for his witty representations of everyday life and the variety of characters to be seen in and around Paris. Here, the artist depicts a lone sailor against a rocky outcrop, looking a little awkward off shipboard in his distinctive clothes. Until the mid-19th century, enlisted sailors made and mended their own uniforms, which were intended to be simple and functional. These layered and loosely fitted garments, usually made of wool and canvas, contrasted with the dark, tailored clothing typically favored by 19th-century men.