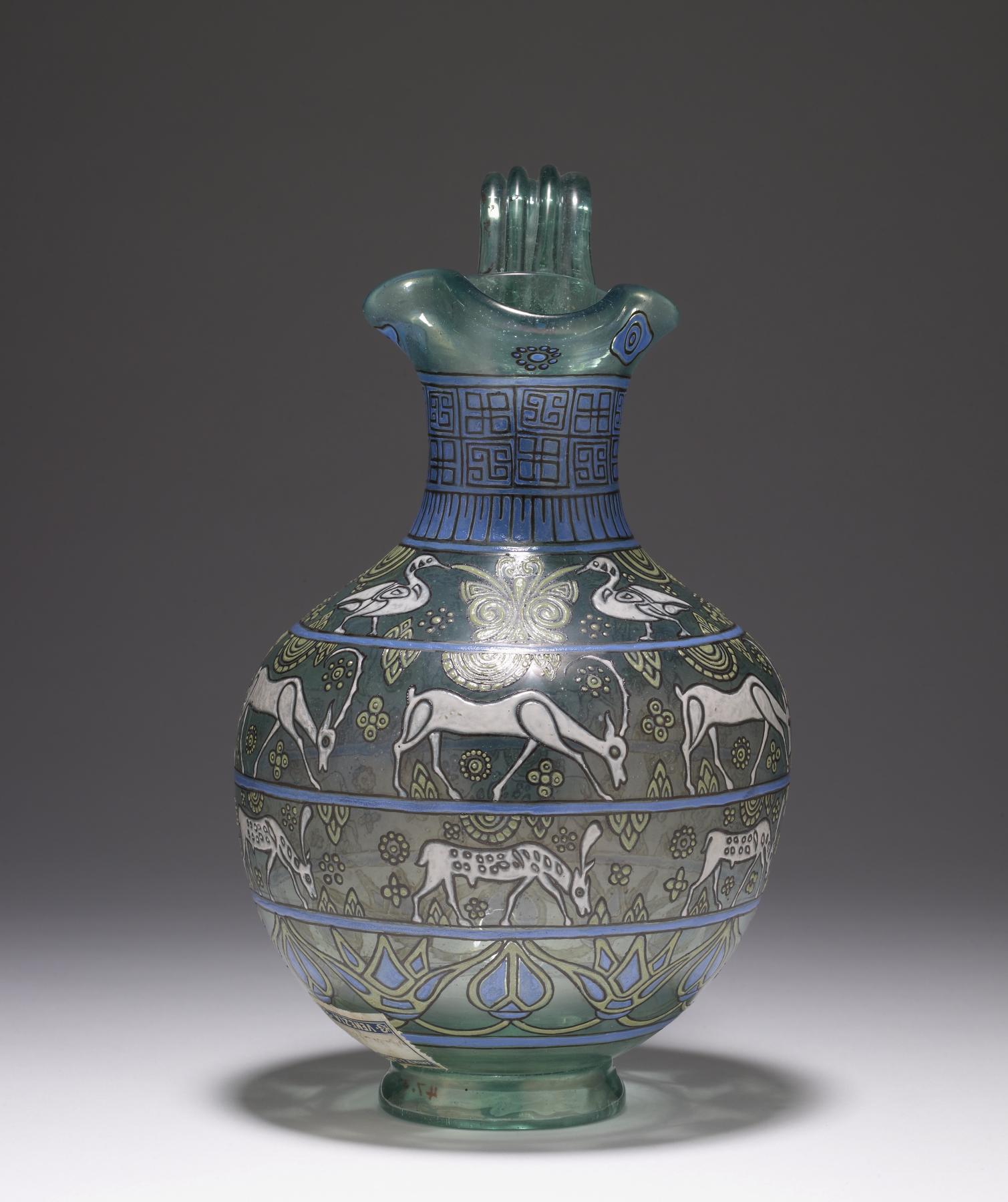 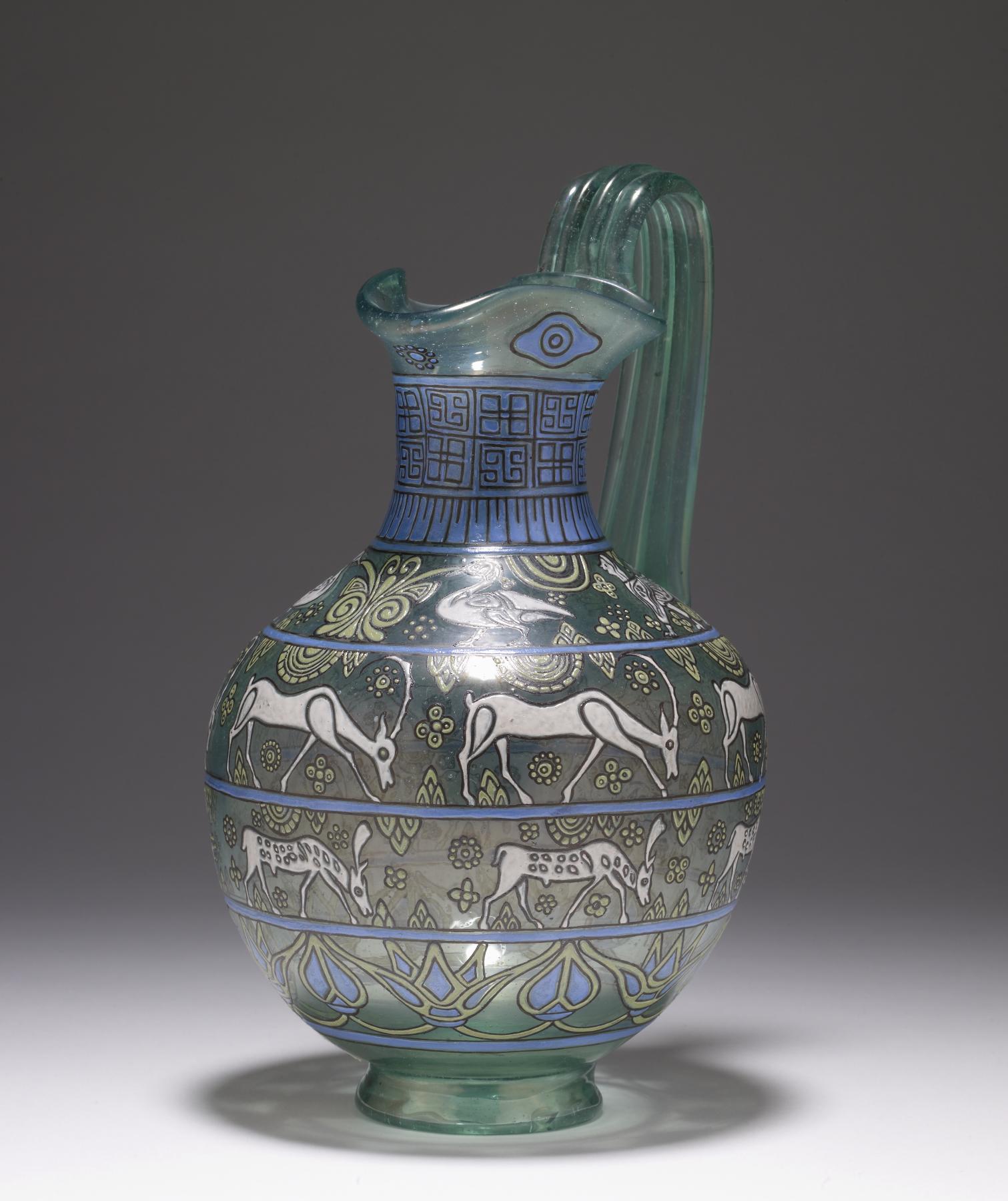 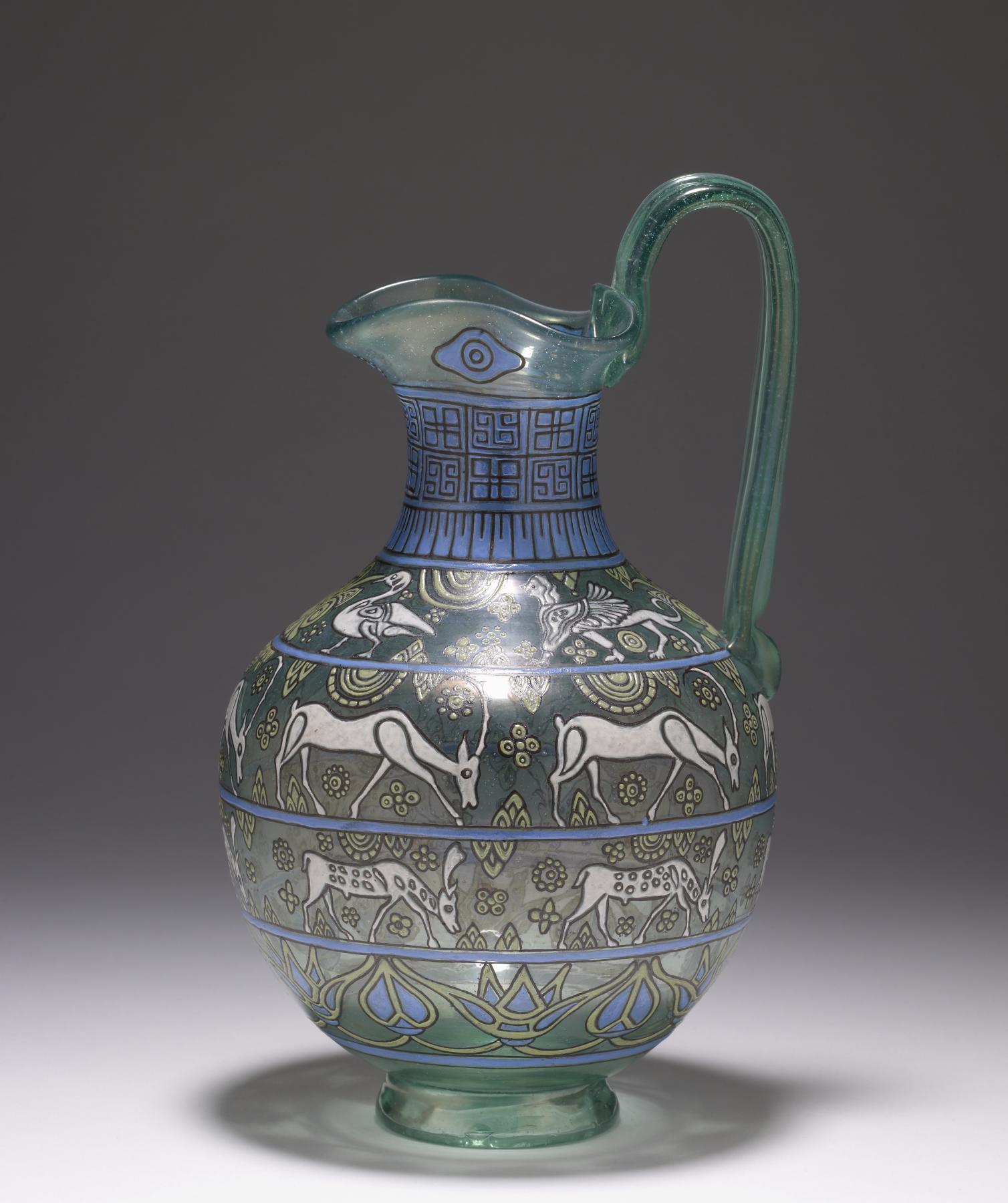 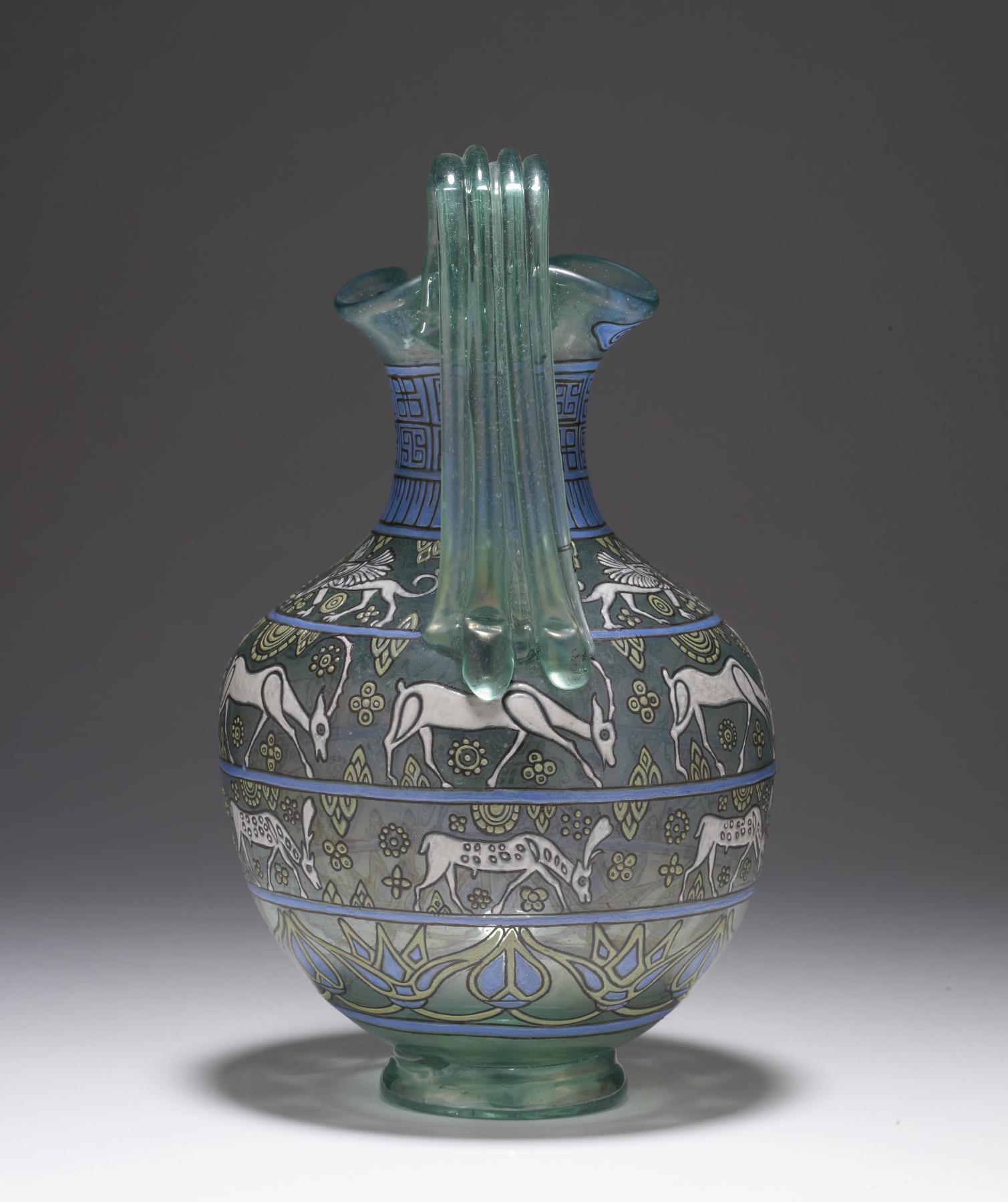 The Salviati glassmakers were inspired by objects other than those made of glass. Evidence of this influence can be seen by looking at a Greek "oinochoe," or wine jug, and this Salviati glass pitcher. The pitcher shares the classic "oinochoe" shape, and a motif composed of friezes of goats. The pitcher's shape and thickness are more reminiscent of a ceramic vessel than of ancient or earlier Venetian glass forms. The label on the base of the pitcher reads "Museo Egitto," indicating that the glassmakers at Erede Dr. A. Salviati & Co. (translated as the Heirs of Dr. Antonio Salviati & Co.) likely copied it from a vessel in an Egyptian museum in Italy. The pitcher was blown and then painted with enamel.