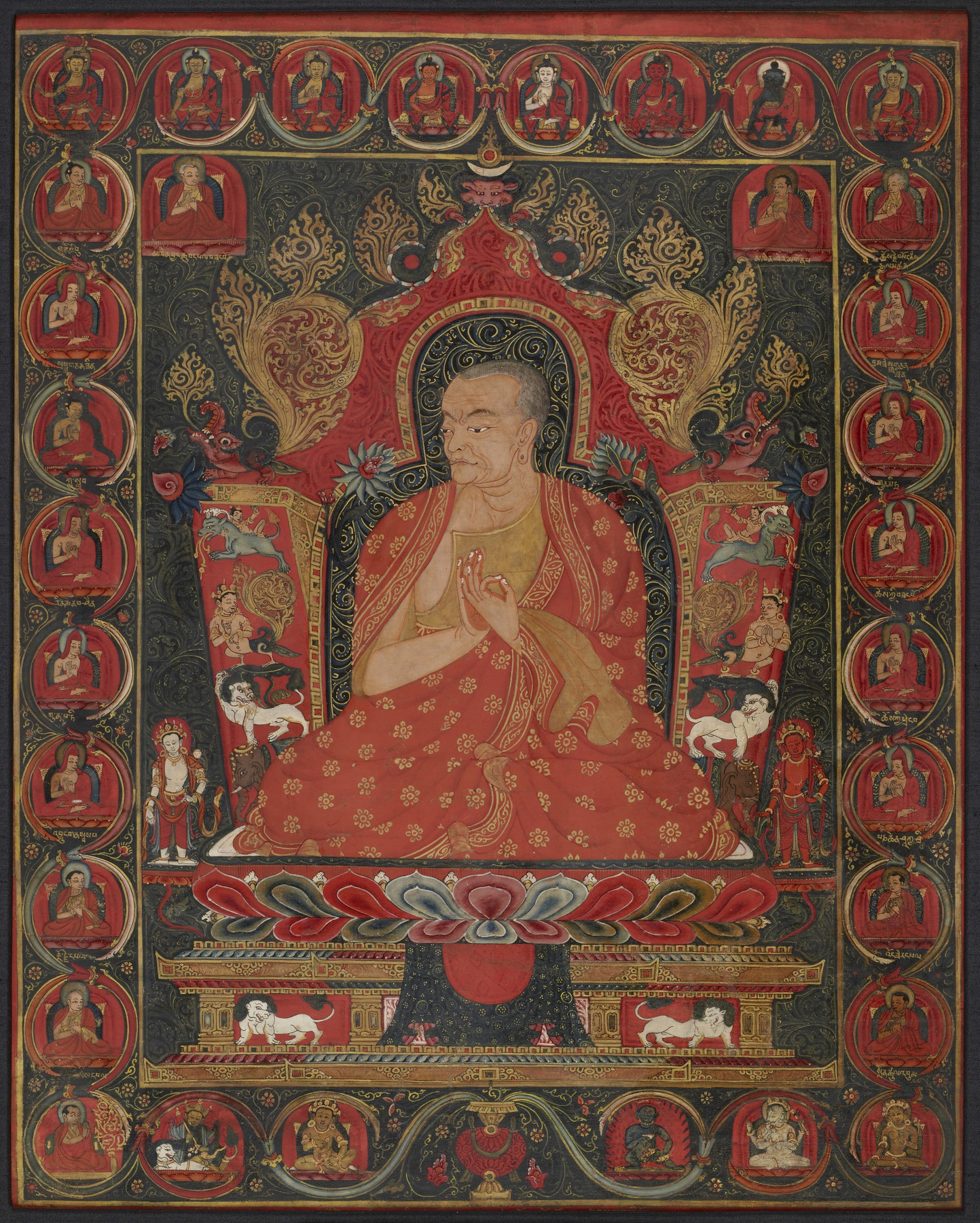 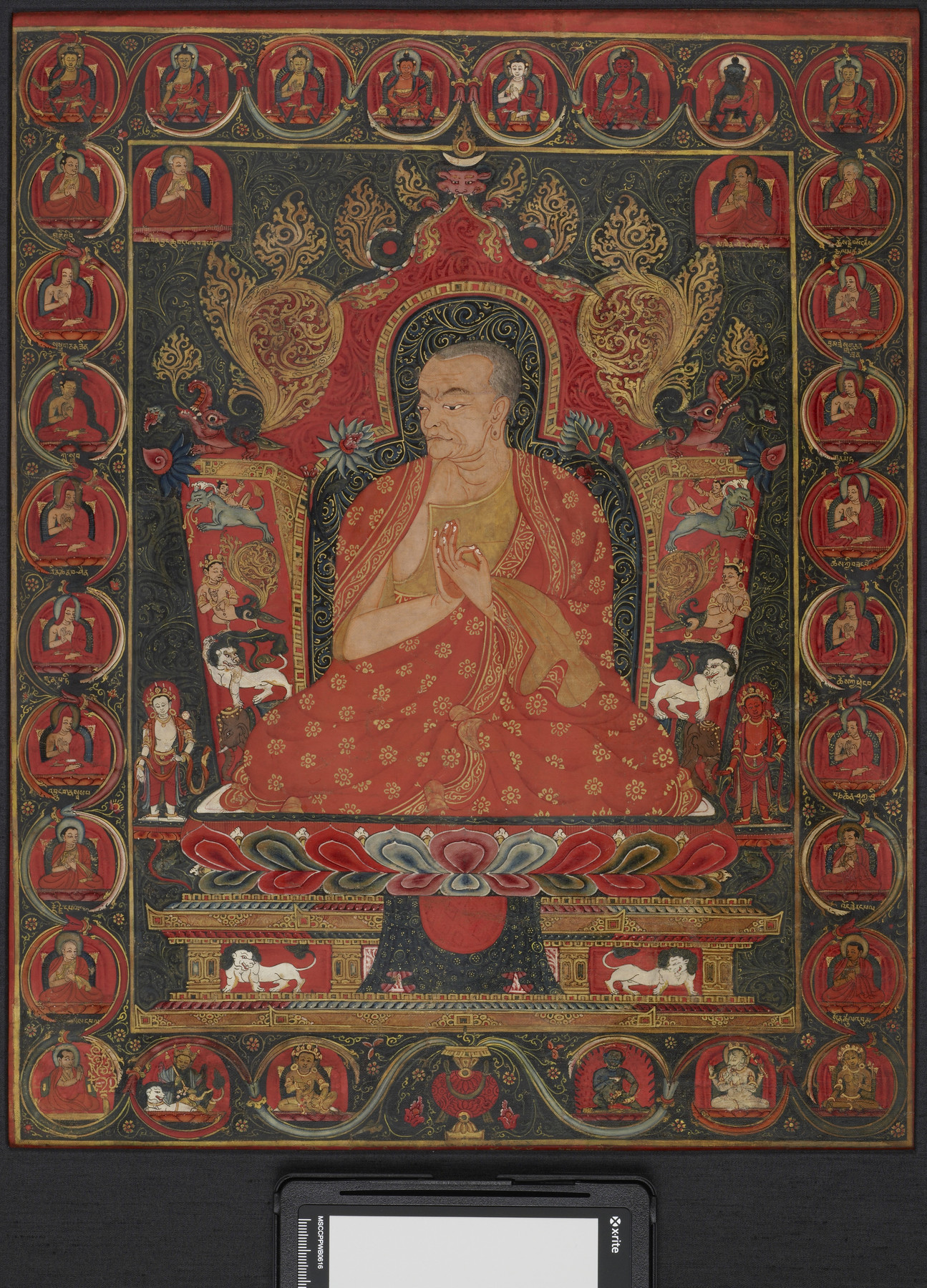 This masterful and meticulous portrait shows an abbot within a niche - one ornamented with lively scrollwork influenced by the traditions of Nepal. Tiny inscriptions identify many of the abbot's spiritual ancestors, including the Buddha Shakyamuni's son Rahula and Shakyashribhadra (1127-1225), one of the last Kashmiri teachers to visit Tibet.