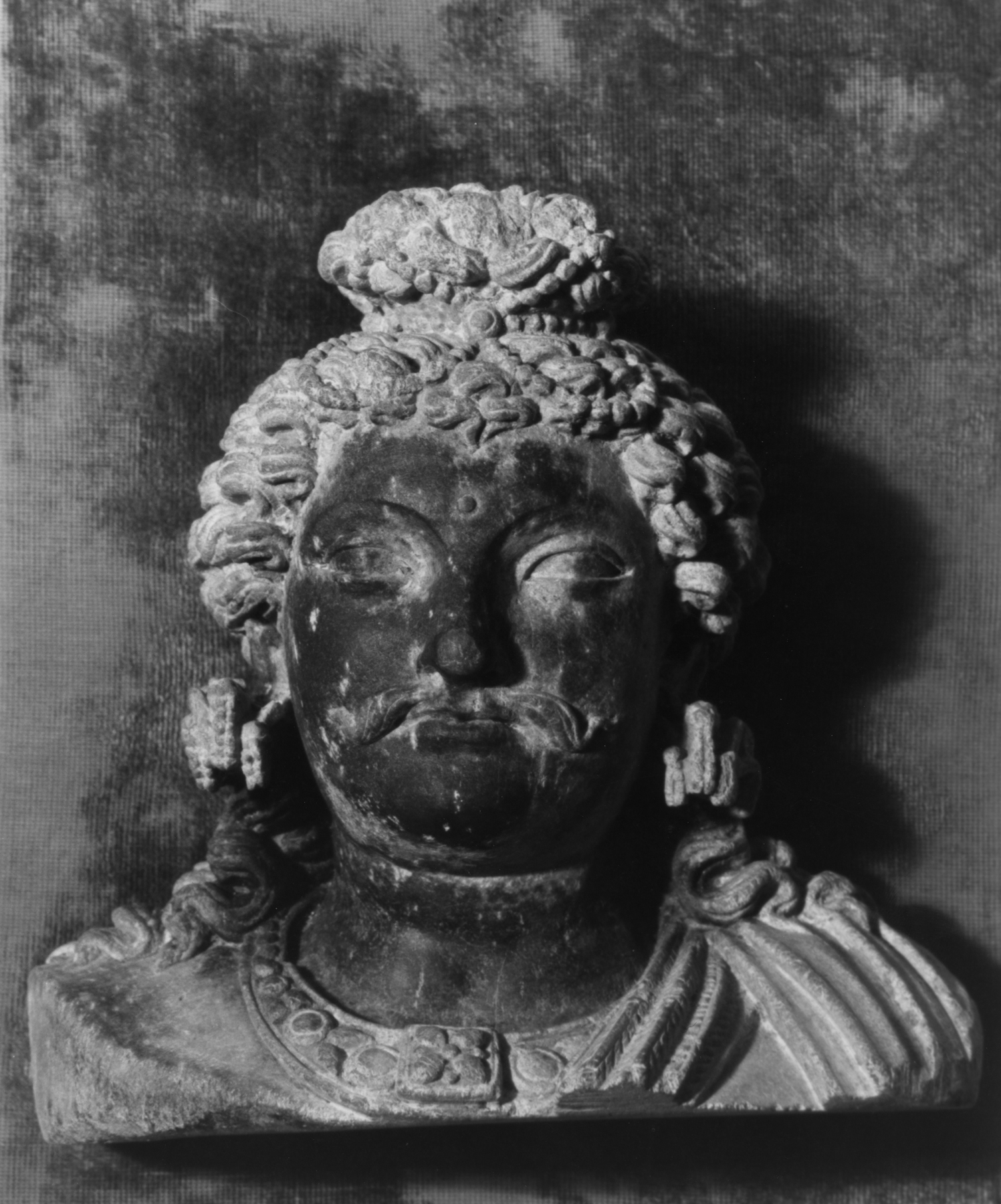 Head of a Bodhisattva

The elaborate jewelry and distinctive hairstyle identify this figure as a bodhisattva, an individual who has achieved Buddhist enlightenment but has yet to enter nirvana. The jewelry is meant to recall the life of Prince Siddhartha, who would become the earthly Buddha during the 6th century BC. Many sculptures of this type were created in the Gandharan region of present-day Pakistan. This region had fallen under the control of Alexander the Great during his conquest in the 4th century BC, and the sculptors there were greatly influenced by Greco-Roman artistic traditions.

Alexander B. Griswold, Monkton [date and mode of acquisition unknown] [presented to the Breezewood Foundation (?)]; Walters Art Museum, 1992, by bequest.