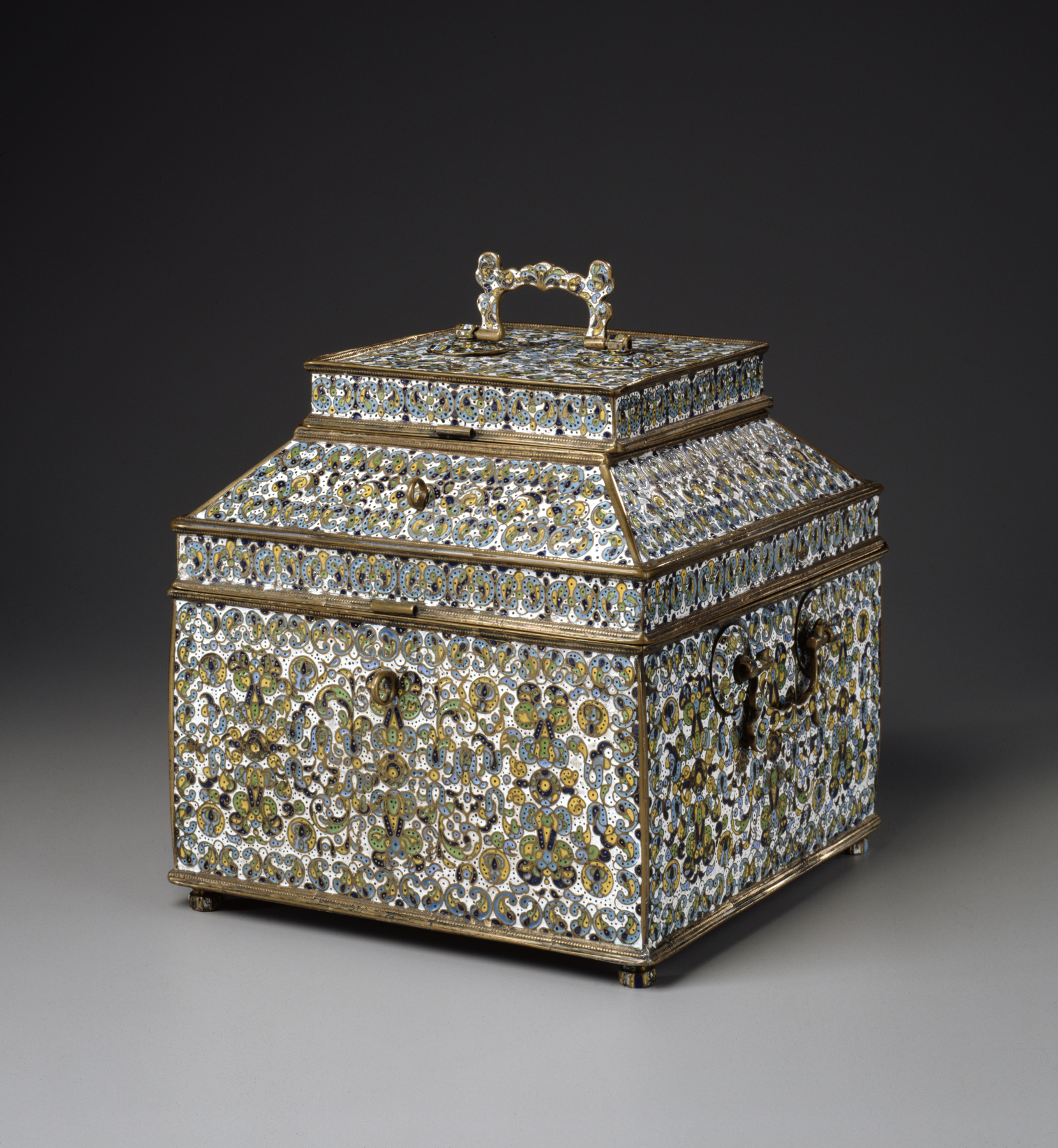 The earliest Ustiug wares usually involved applying a single layer of enamel (most often colored white, blue, green, or yellow) onto a cast, copper alloy base. This casket is in the form of a "teremok," the upper portion of a house that was set aside for women in Russian noble households during the 16th and 17th centuries.

Probably intended for jewelry, the casket has a large compartment below, and the lid itself contains a compartment; both were probably once fitted with special containers.