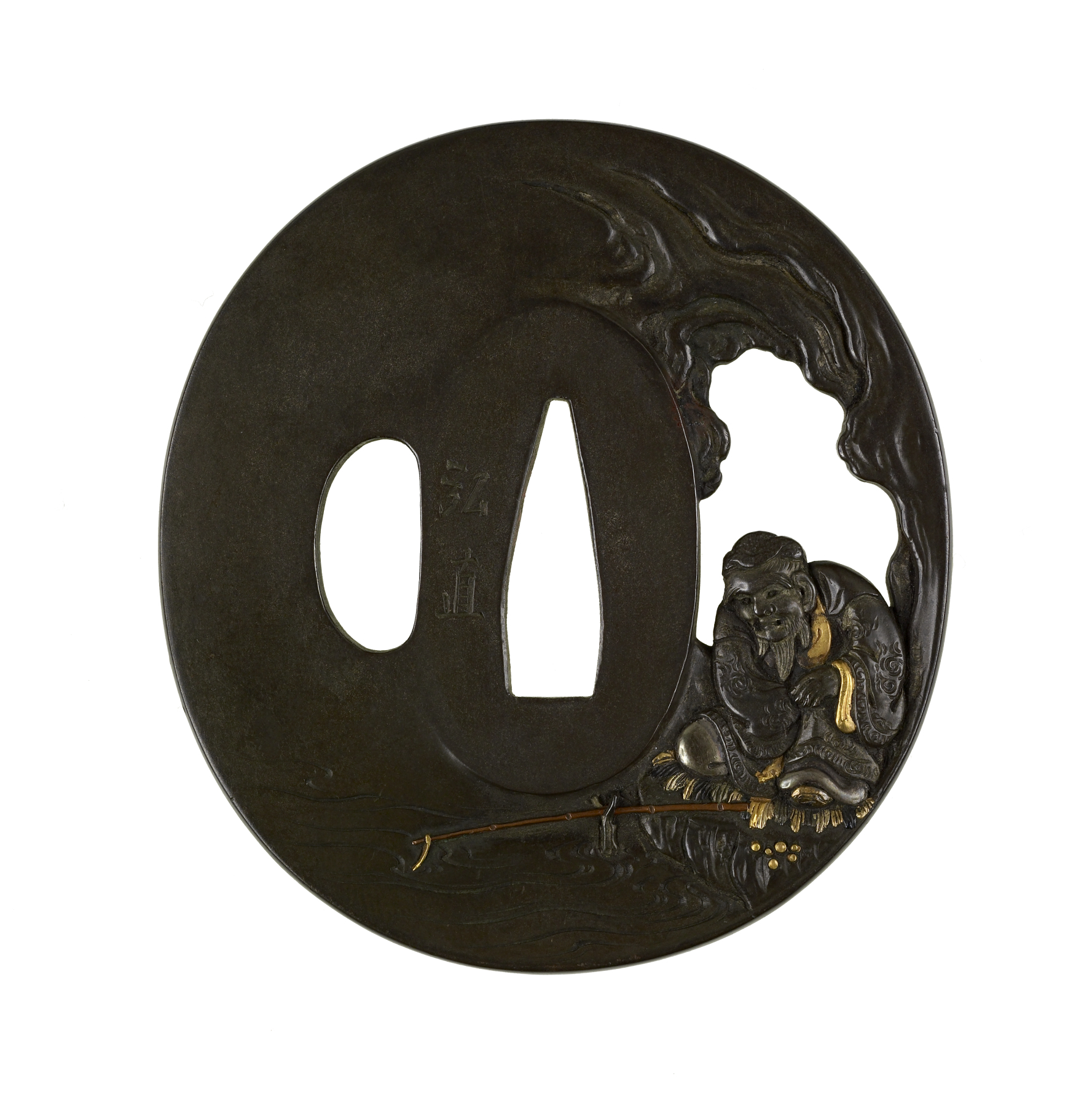 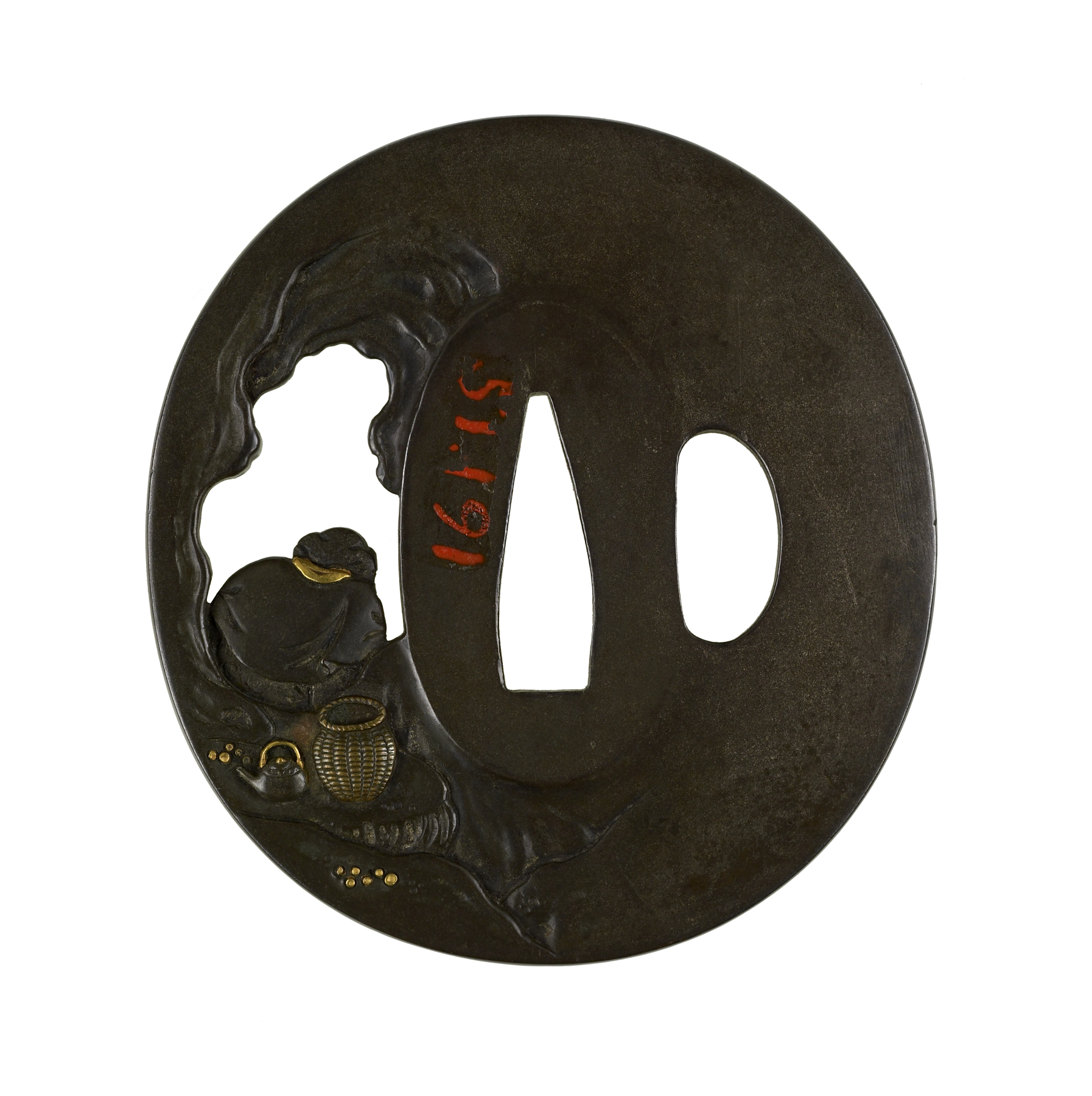 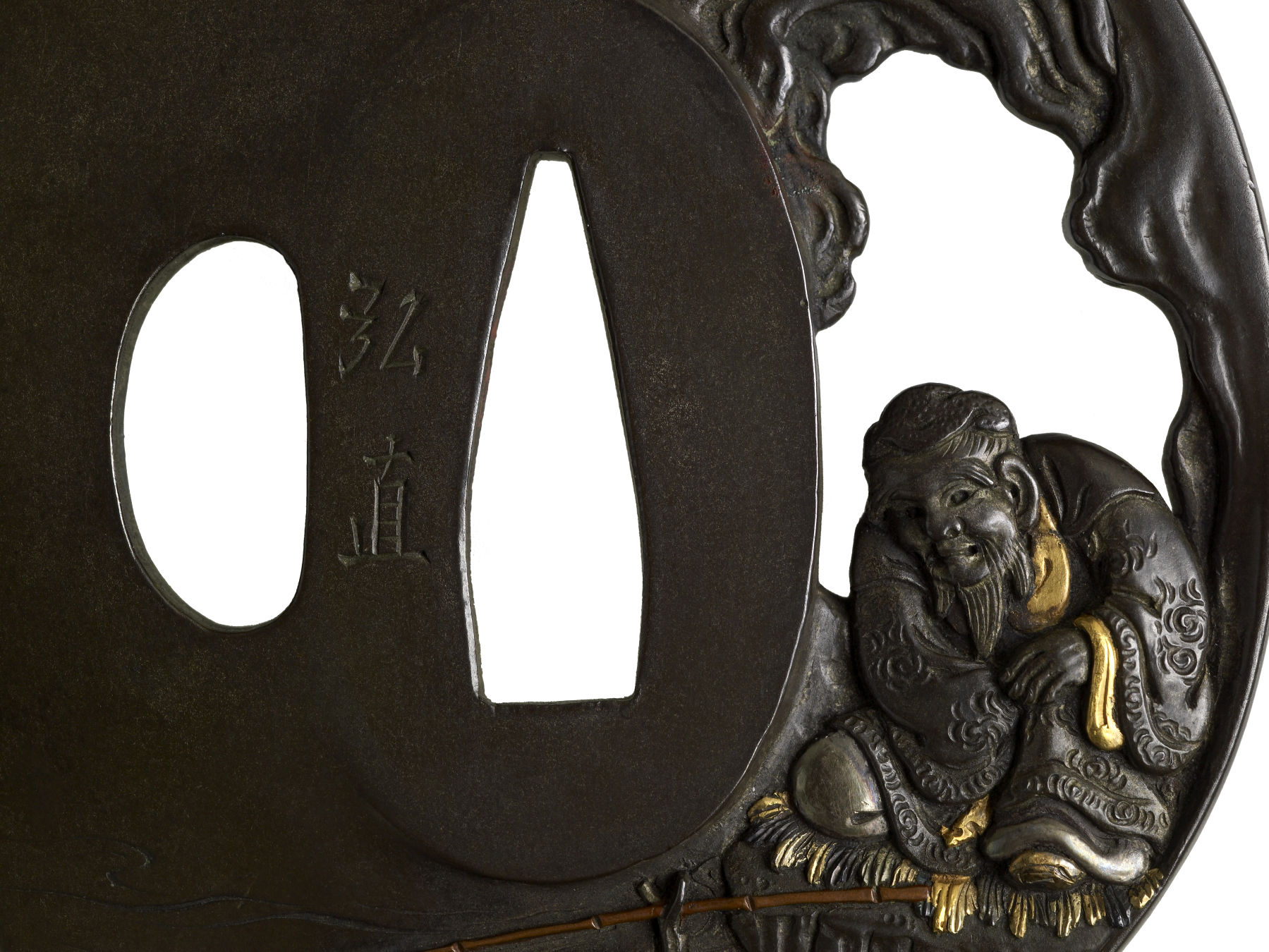 At the right of this tsuba, sits the sage Taikôbô (Ch. Tai Gongwang) fishing. His tea pot and basket are sitting behind him on the reverse. Taikôbô did not use bait, because he did not actually want to catch fish. He used fishing as an excuse to think about scientific questions. He met 12th-century BC emperor Wu Wang when the emperor was hunting and Taikôbô was fishing. The emperor was so impressed with Taikôbô, that he asked him to serve as a counselor. Taikôbô served the emperor for twenty years.