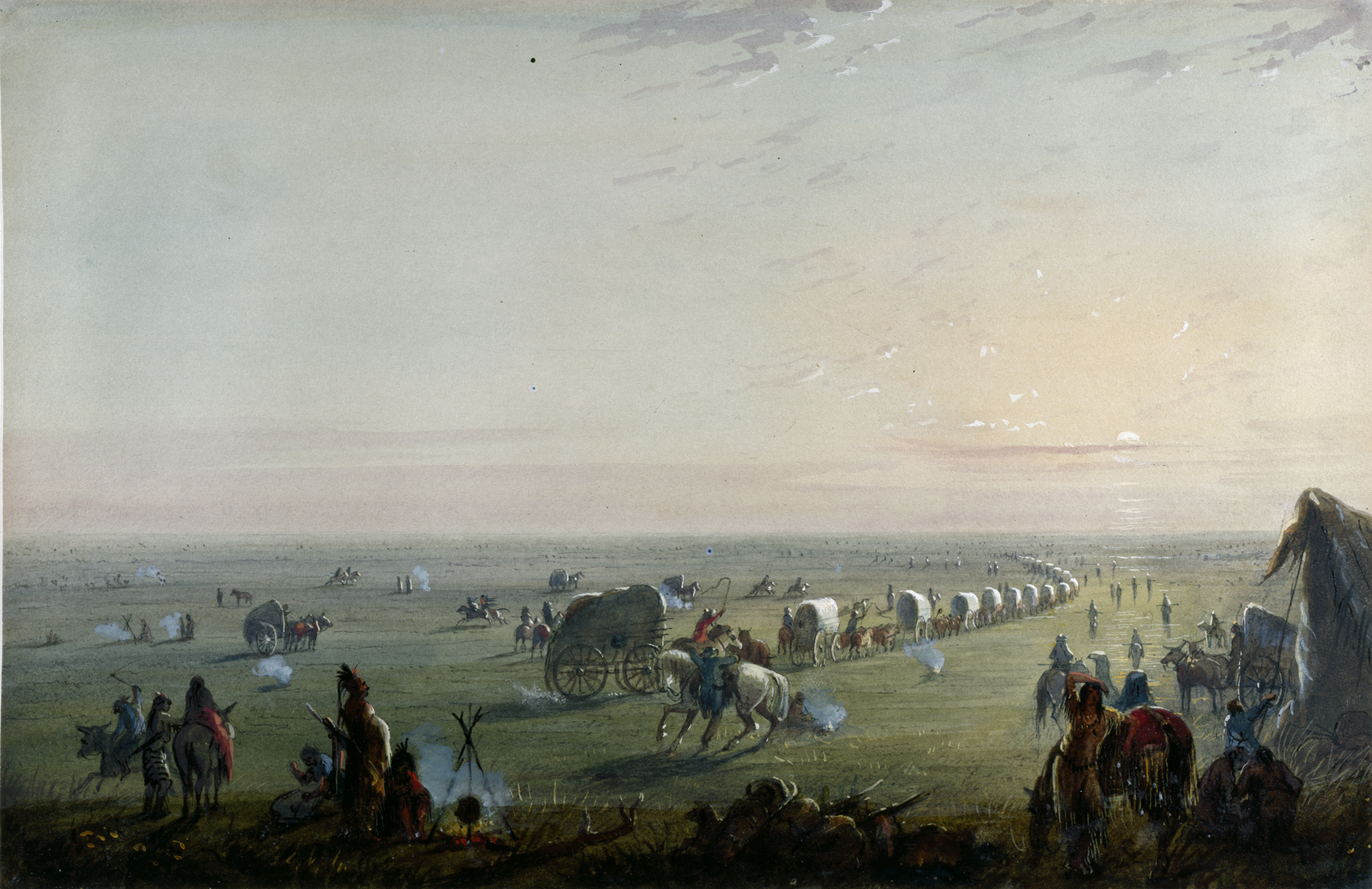 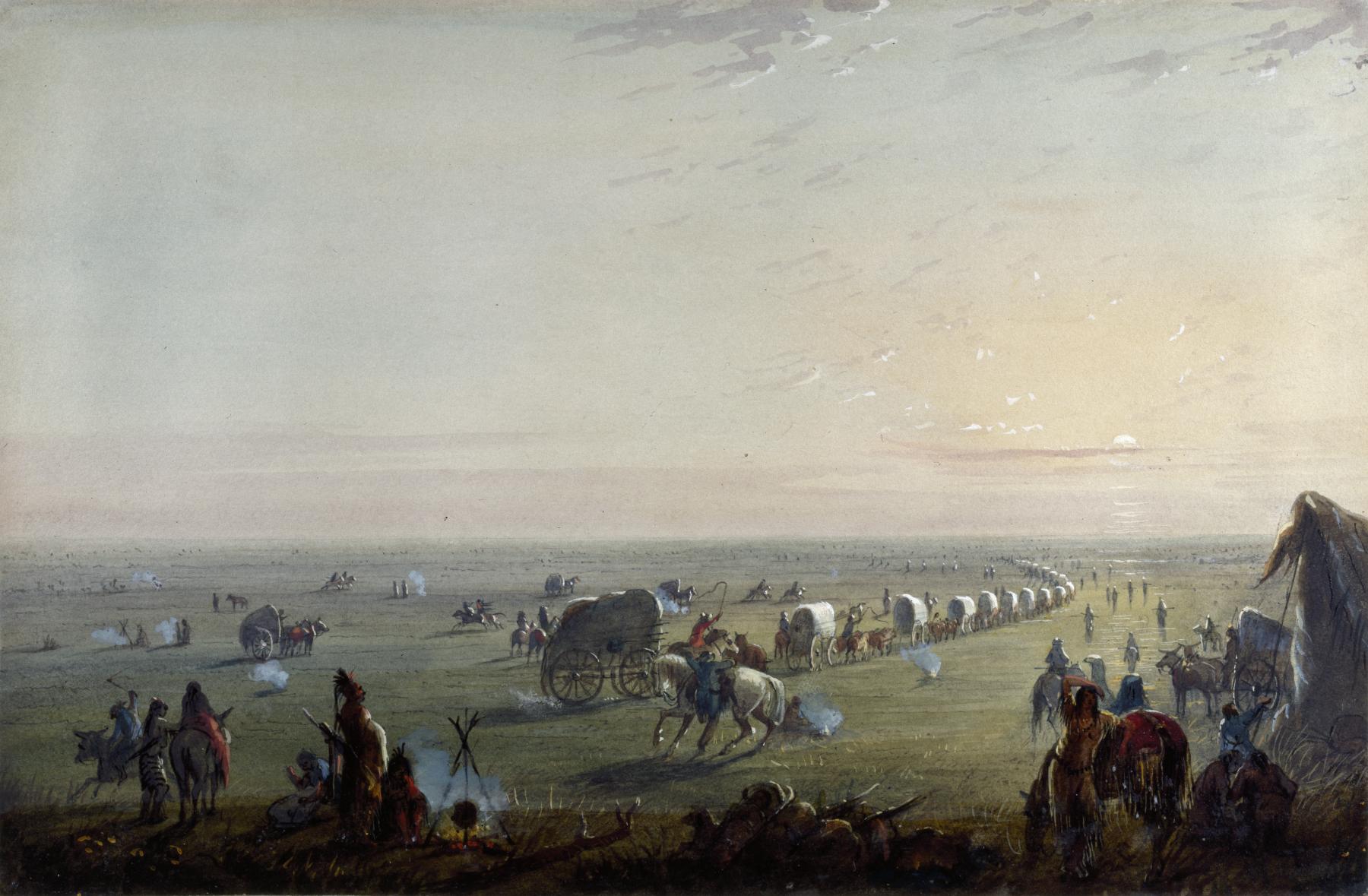 Breaking up Camp at Sunrise

"At four o'clock in the morning, it is the duty of the last men on guard to loosen the horses from their pickets, in order to range and feed. At daylight, everybody is up;- our provisors are busy with preparations for breakfast;- tents and lodges are collapsed, suddenly thrown down, wrapped up, and bundled into the wagons. If the sun is 20 minutes above the horizon when our breakfast is finished, we conceive he has a reproachful look. By this time the horses are driven in, and each man hurries after his own, saddles or harnesses him, and the train puts itself en route." A.J. Miller, extracted from "The West of Alfred Jacob Miller" (1837).