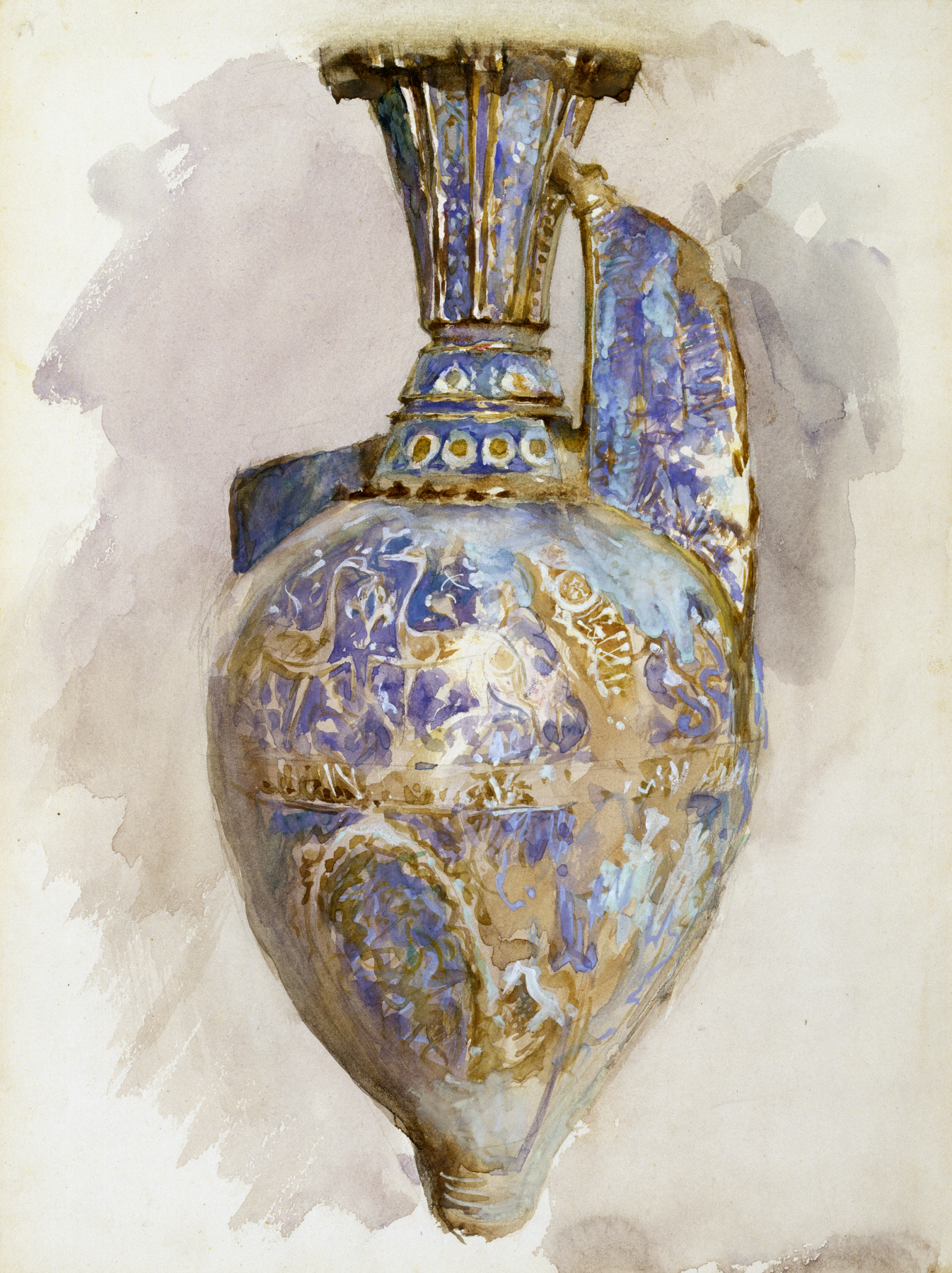 Before entering the collections of the Walters Art Museum, this watercolor had last been publically exhibited at the Sargent memorial exhibition at the Royal Academy, London in 1926. Sargent was probably the most distinguished late 19th-century artist of American descent. He won particular renown for his watercolors in the last two decades of his life. Sargent traveled to Spain several times. He studied the paintings of Velasquez, which resulted in the production of some of his early masterpieces, most notably the celebrated "El Jaleo" (1882), a painting of a Spanish dancer now in the Isabella Stewart Gardner Museum, Boston.

The subject of the Walter's picture is a vase in the Garden of the Andarves in the Alhambra Palace, placed there in the reign of Muhammad V (1354-91). For over four centuries the Alhambra vases were objects of admiration for travelers because of their marvelous cobalt blue and golden lustre and their unusual size. In 17th-century accounts there were at least three vases, but by the time Sargent visited only one was intact. This is now in the Museo Arqueologico de la Alhambra. Although painted with considerable freedom, Sargent's watercolor is an accurate rendering, showing the antelope and tree-of-life motifs and even the puddling of glaze on the collar of the vessel.

The Walters does not possess a vase similar to this, however, there is a fragmentary example in the Freer-Sackler Gallery of Art, Washington, D.C., which was discovered by the Spanish painter, Mariano Fortuny, in a tavern of the Albaicín, Granada.