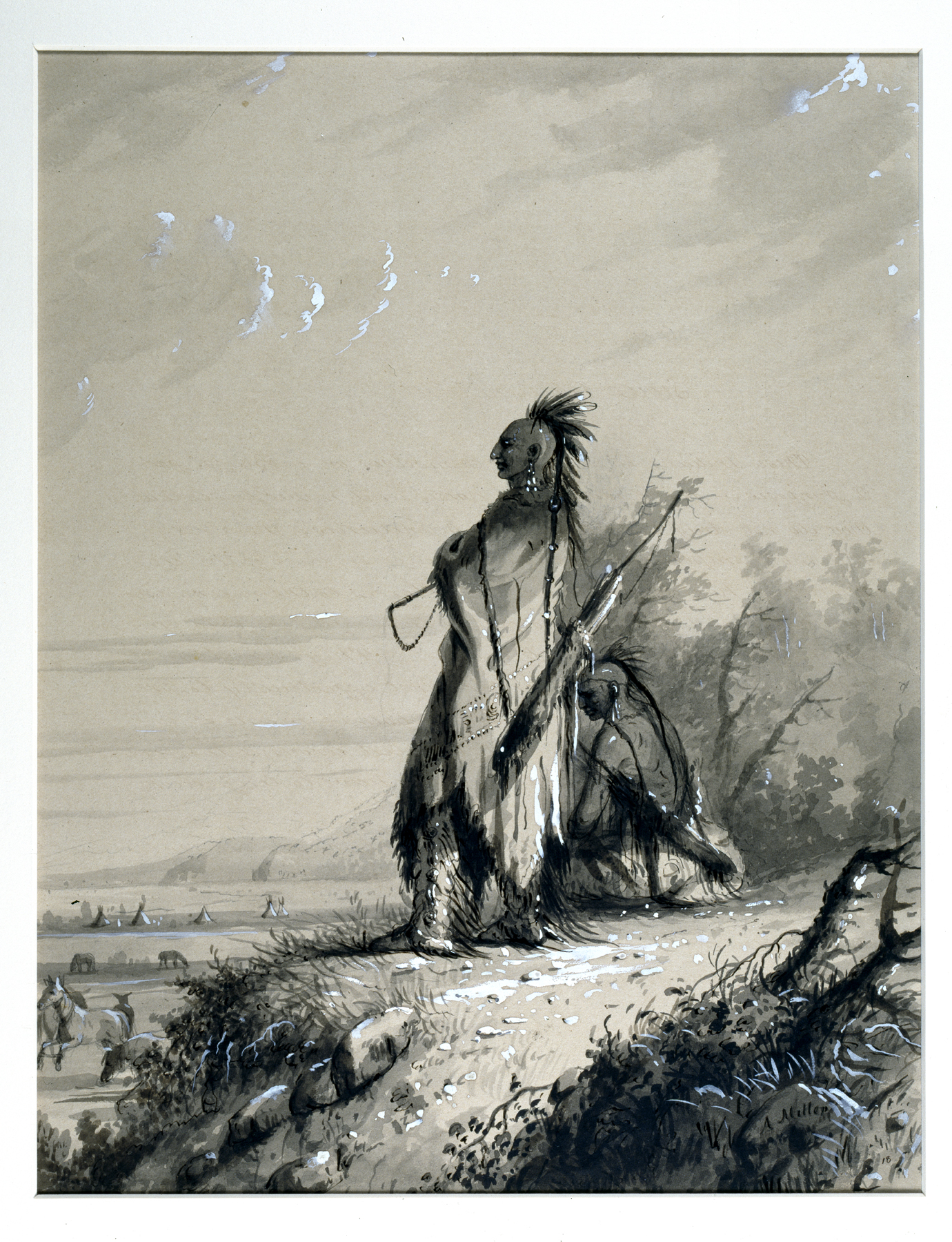 "There Indians have placed themselves on a Bluff, for 2 purposes, - one to watch the horses and mules, to see they they do not stray beyond certain boundaries, - the other (still more important) is to give notice in case of the approach of hostile Indians. Horses to them are invaluable, and the first object of the invaders is to create a stampede amongst them. They sometimes hobble their animals, in order most effectually to prevent their running. The hobble is made of a band of strong leather and buckled around the forelegs, so that even in feeding they have to leap awkwardly in changing ground. These bluffs are admirable stations for sentinels, and command a vast distance over the prairie; besides, like sailors at sea, an Indian will descry an approaching horseman long before a white man can, without he has been a long time living amongst them." A.J. Miller, extracted from "The West of Alfred Jacob Miller" (1837).