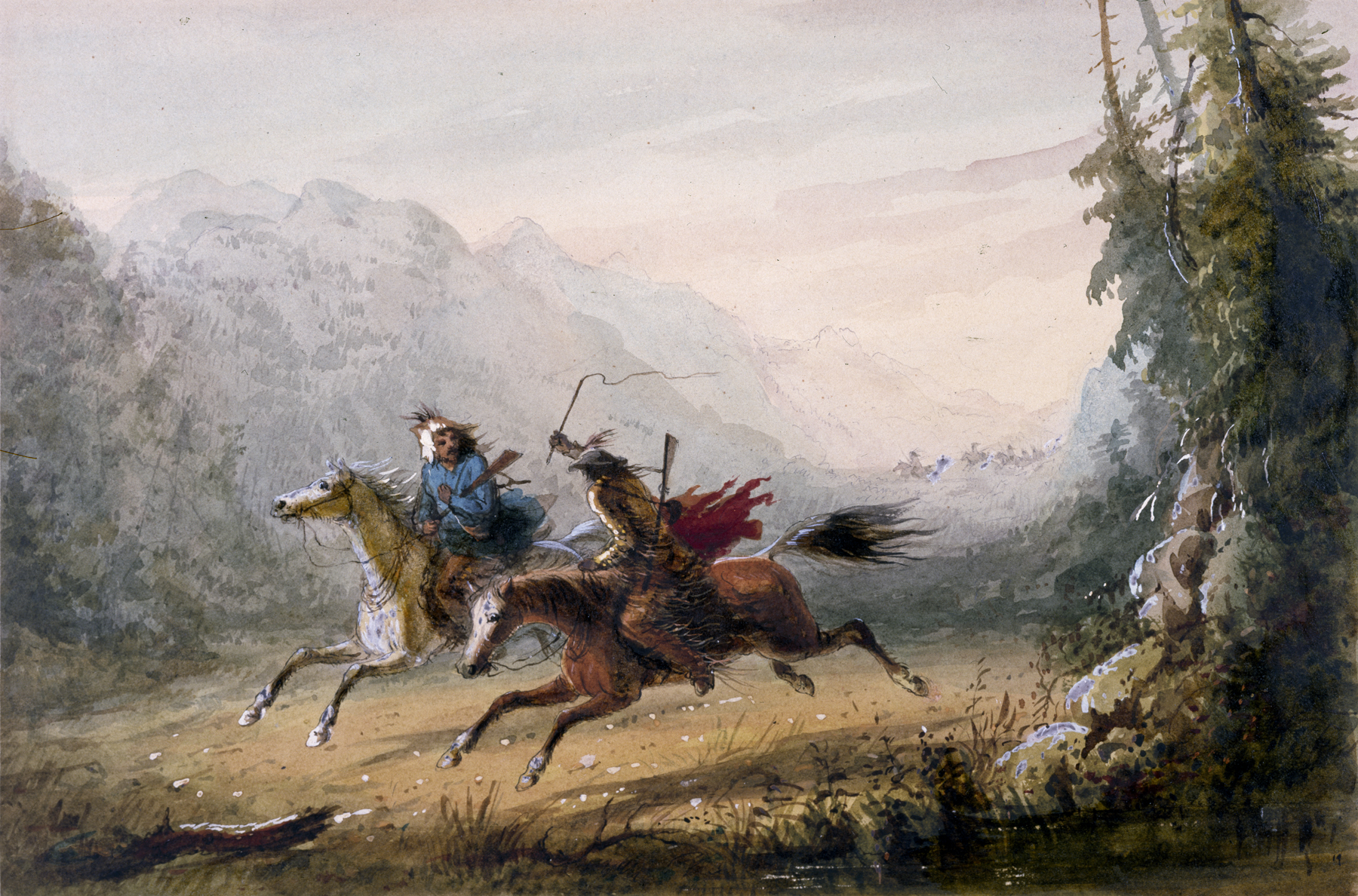 "Black Harris and his brother Trapper are here making their escape from the terrible Blackfeet, the bete noires of the Rocky Mountains, the word is 'suave qui peut,' and spur and whip are both in requisition. This Black Harris always created a sensation at the cap fire, being a capital raconteur, and having had as many perilous adventures as any man probably in the mountains. He was a wiry form, made up of bone and muscle, with a face apparently composed of tan leather and whip cord, finished off with a peculuar blue-black tint, as if gunpowder had been burnt into his face." A.J. Miller, extracted from "The West of Alfred Jacob Miller" (1837).