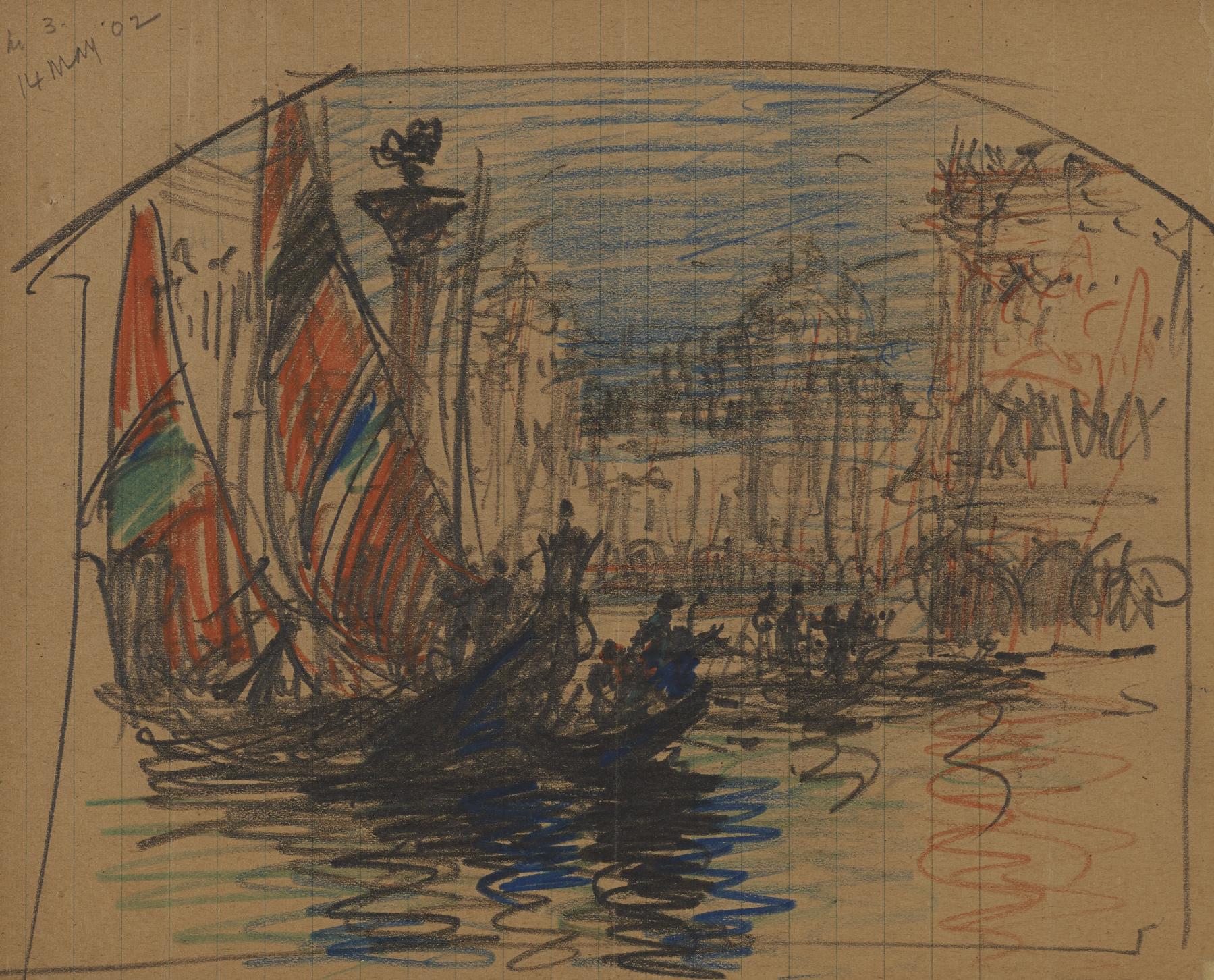 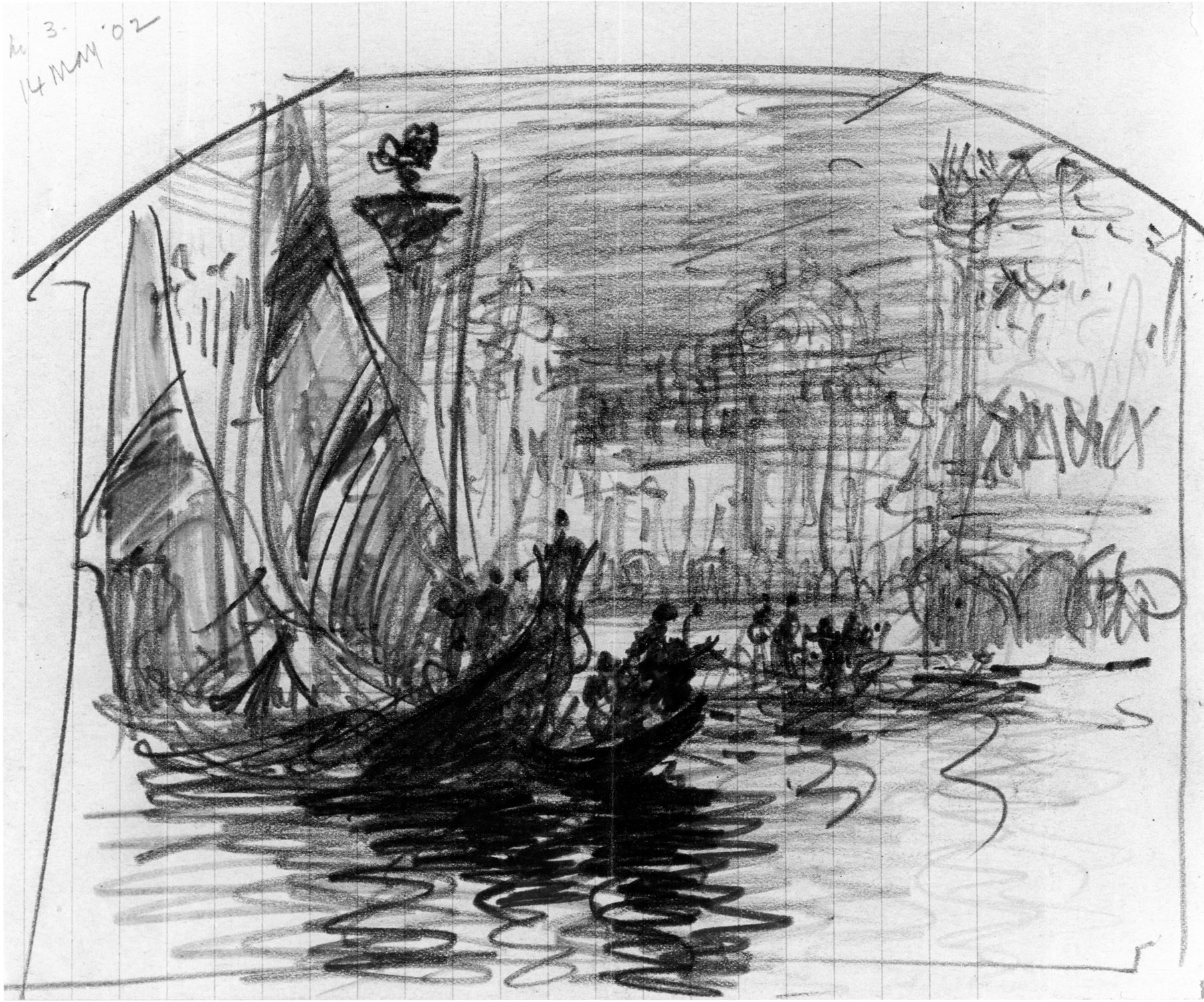 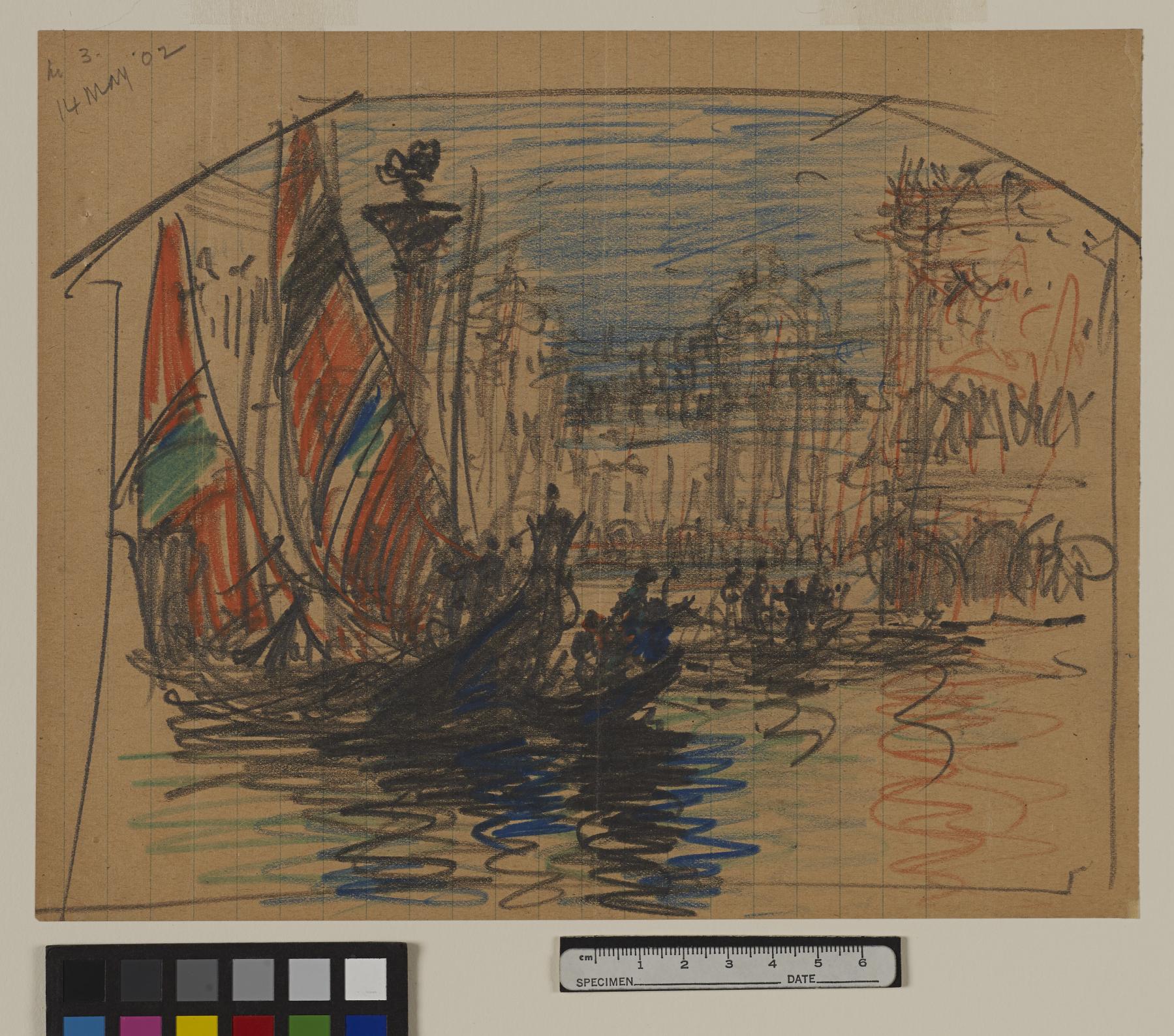 In the background of this study are discernible the dome of the church of San Marco and the two granite columns erected in AD 1127, one bearing the Lion of St. Mark and the other, St. Theodore on a crocodile.

This drawing and two accompanying works (WAM 37.2585 and WAM 37.2582) in pencil and gouache were made by the artist in preparation for a painting showing a regatta held on the Grand Canal in May, 1902. 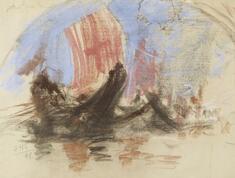 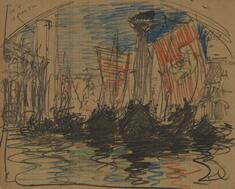 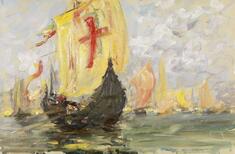