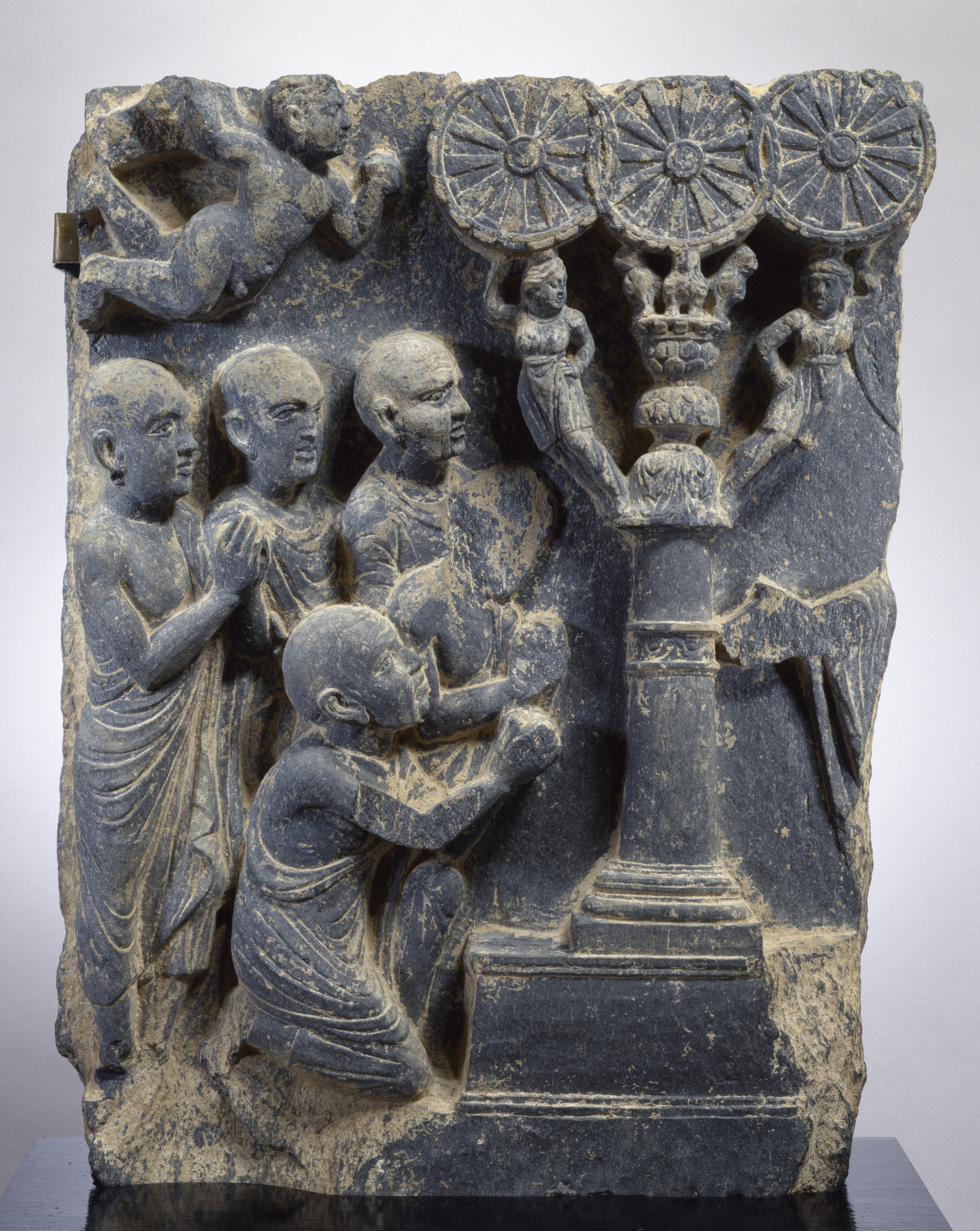 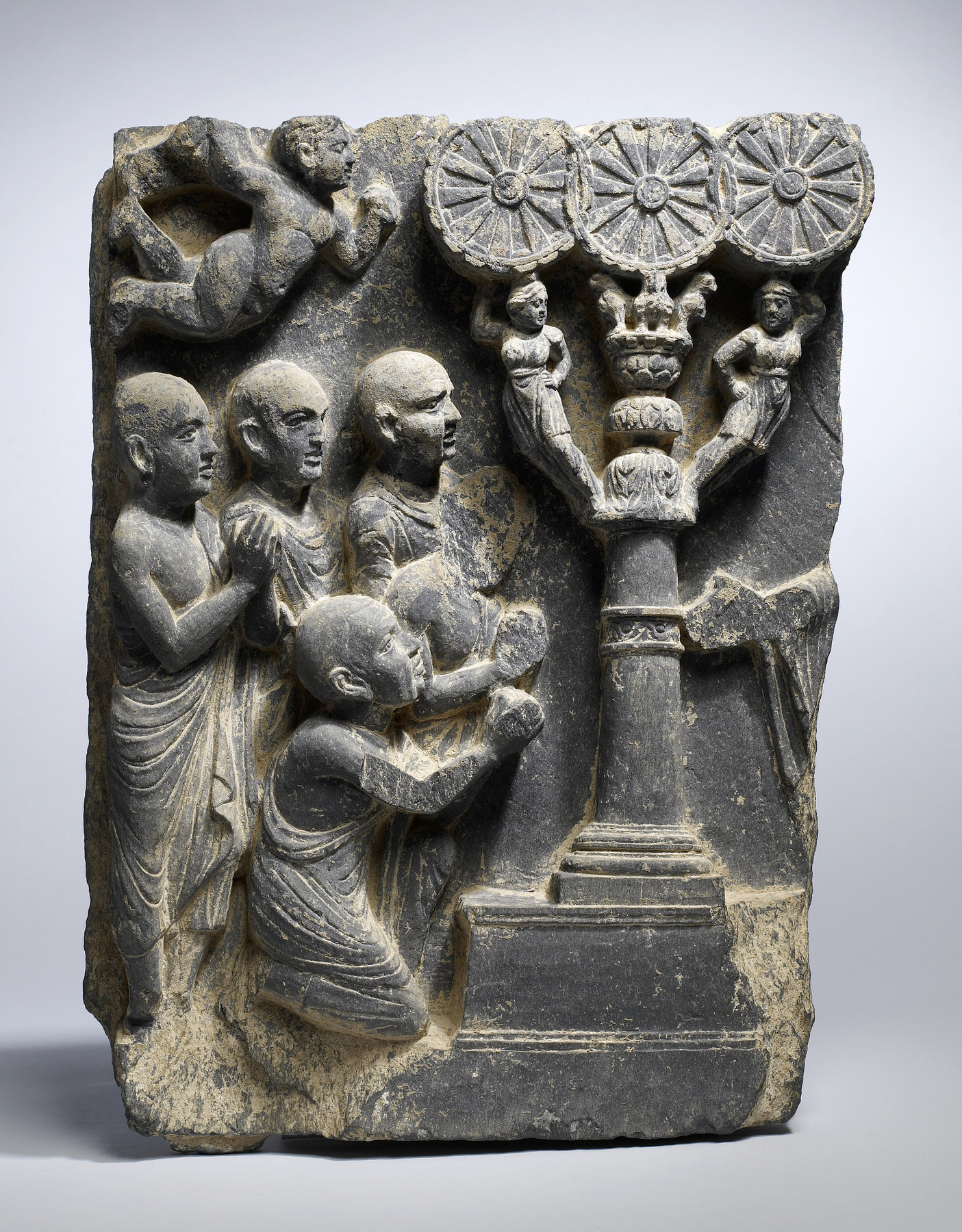 This relief panel featuring a scene from the life of the Buddha was made to adorn the surface of a stupa, a sacred mound, usually encased in brick or stone, containing relics of the Buddha or one of his followers. Five disciples wearing monastic robes listen intently as the Buddha offers instruction; his extended hand and the edge of his halo provide clues to his original appearance. A pillar crowned with three wheels stands between the Buddha and his disciples. The presence of three wheels alludes to the “three jewels” of Buddhism: the Buddha, his teachings, and the community of monks and nuns, who practice and disseminate his teachings.

Born in Lumbini (present-day southern Nepal, the historical Buddha, Siddhartha Gautama (ca. 563–483 BCE), attained enlightenment when he was 35 years old at Bodh Gaya in northeastern India. He gave his first sermon in a deer park at Sarnath, close to Bodh Gaya, and spent the following 45 years teaching. According to some traditions, he died when he was 80. The Buddha’s body was cremated and distributed among his followers. The stupas that guarded his remains became important pilgrimage sites for Buddhists.