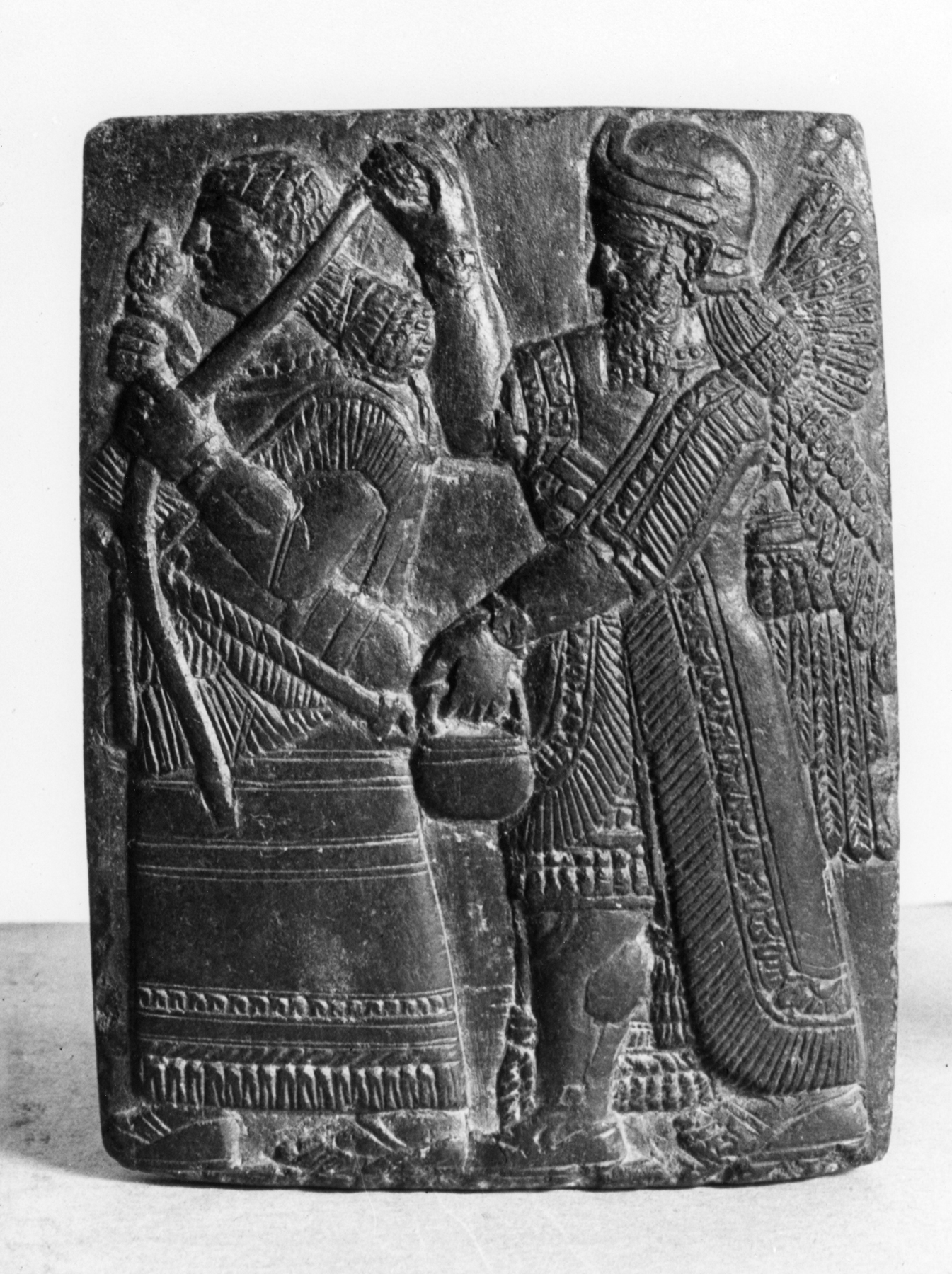 Plaque with a King (?) and Winged Genius

This steatite plaque depicts a winged genius (possibly the king) with a cone in one hand and a bucket in the other. He follows a eunuch, who is carrying a bow. The two figures in the scene commonly appear in Neo-Assyrian reliefs. The plaque is likely a copy of the alabaster reliefs from the Northwest Palace of Ashurnasirpal II at Nimrud. Peculiarities in the style, material, and scale of this object indicate that it may be a forgery.