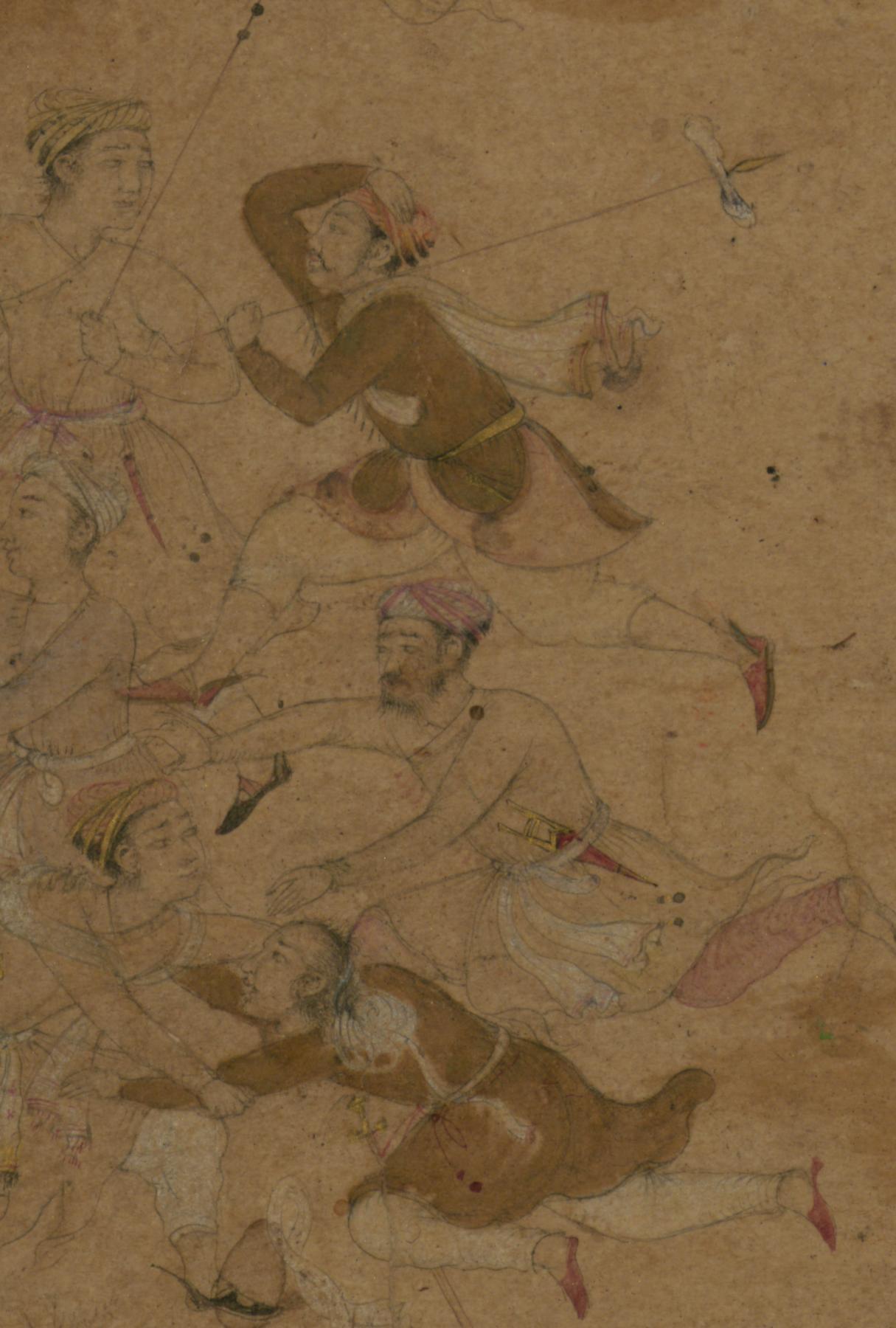 Single Leaf of a Charging Elephant

This Mughal black-ink drawing, Walters manuscript leaf W.694, with watercolor and gilding dates to the early 11th century AH/AD 17th. It depicts a man on an elephant pursuing several men fleeing on foot. The image is surrounded by gold-sprinkled blue and buff-colored borders.

A Charging Elephant (Back)