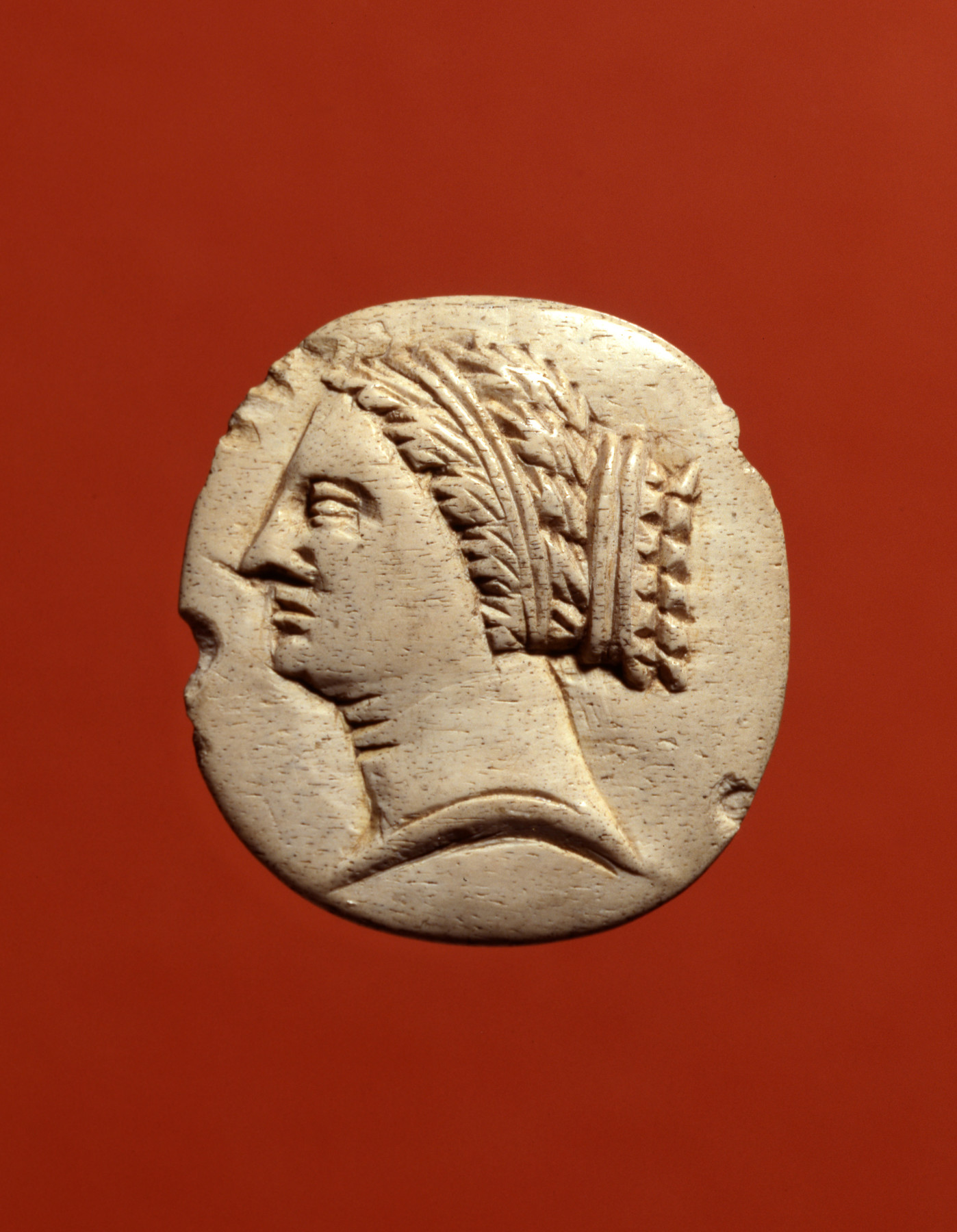 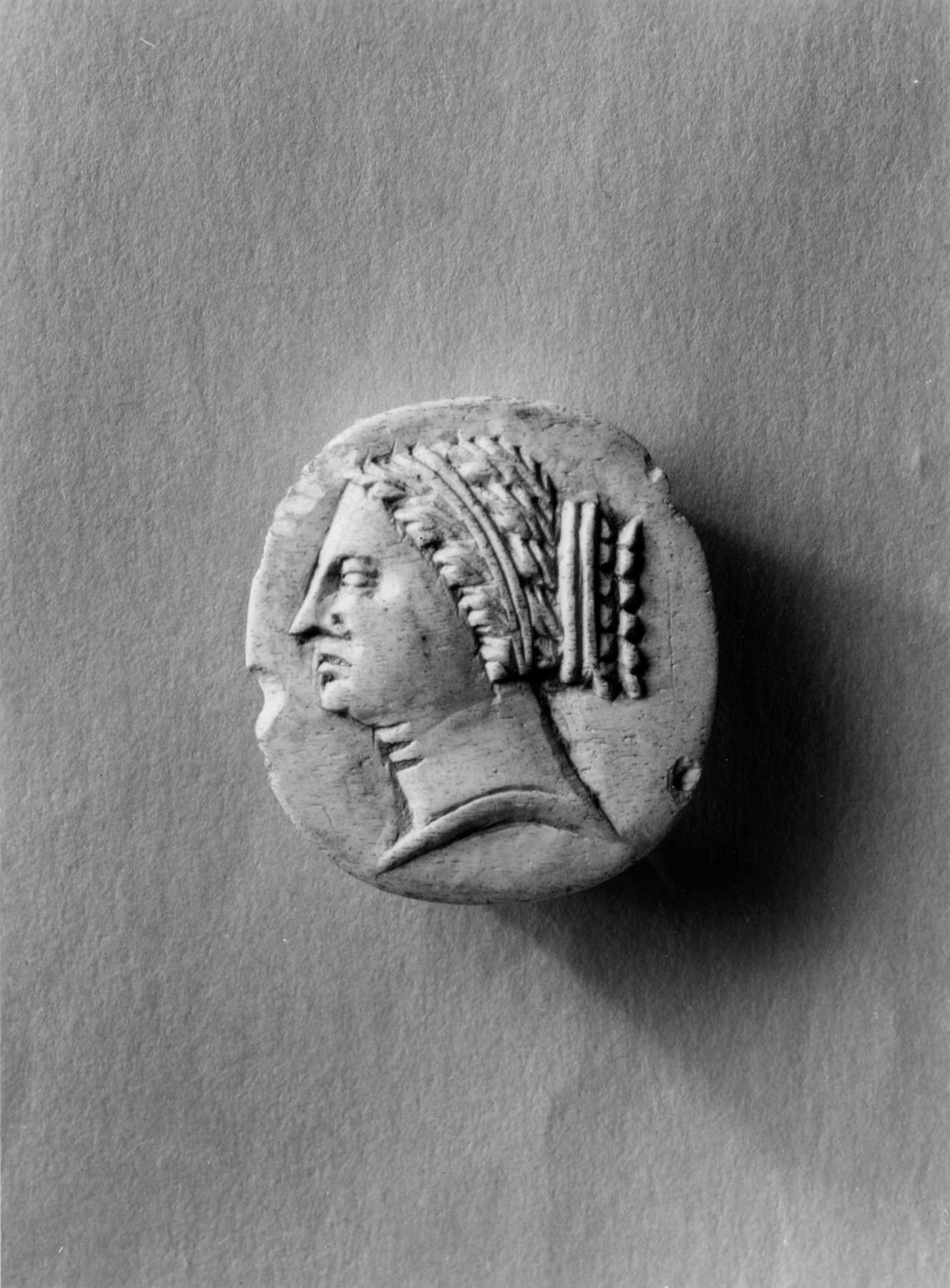 Finger Ring with a Medallion with a Woman's Head in Profile

Most of the hoop is missing on this ring. Carved in relief on the nearly circular bezel is a woman's head in profile to the left. The hair is held both at the crown and at the back by double fillets. The hair at the back is more tightly contained than in a similar ring, Walters 71.608.

The heads on this ring and on Walters 71.608 resemble, but are not necessarily those of Arsinoe III, queen of Egypt in the late 3rd century BCE.