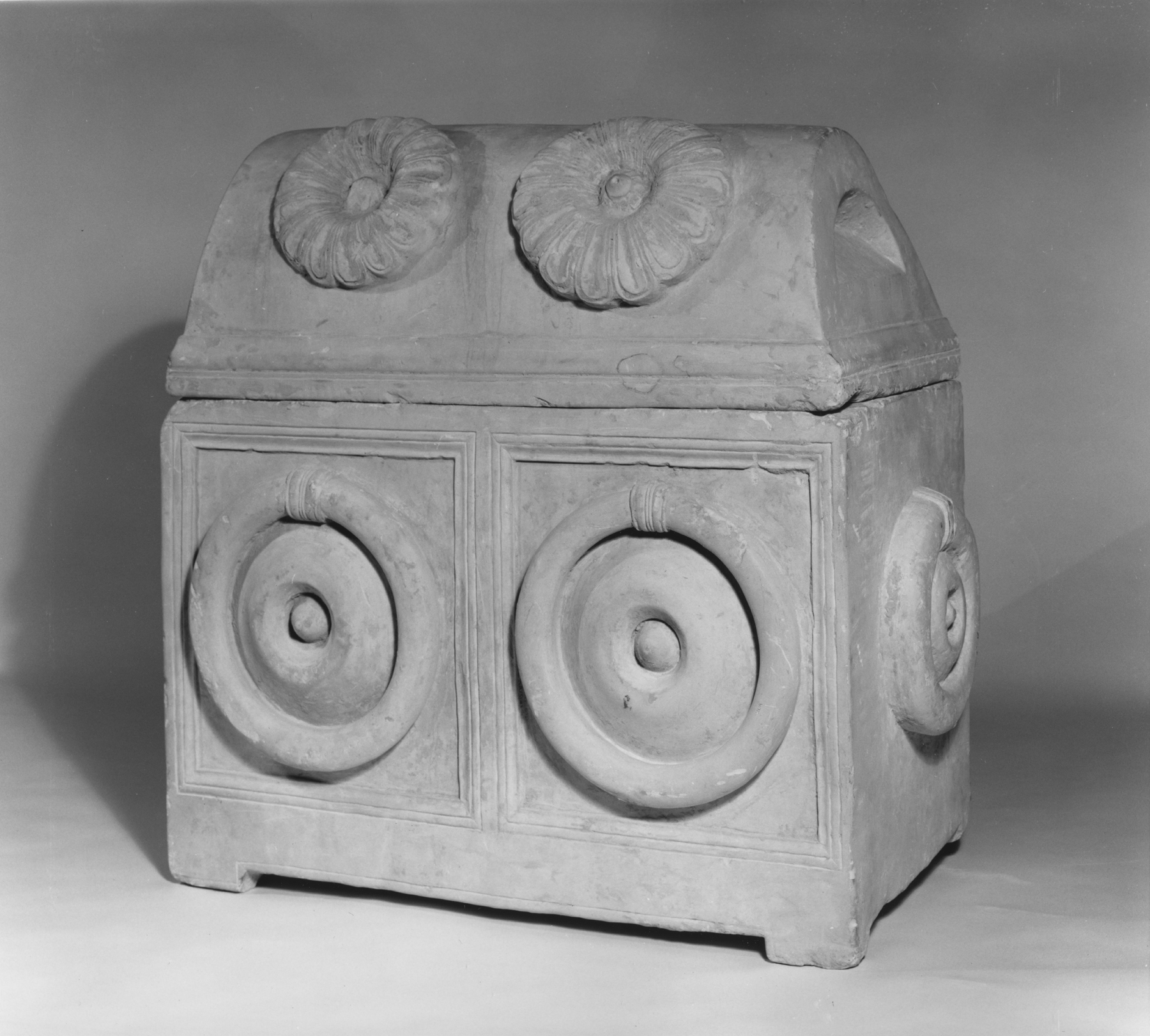 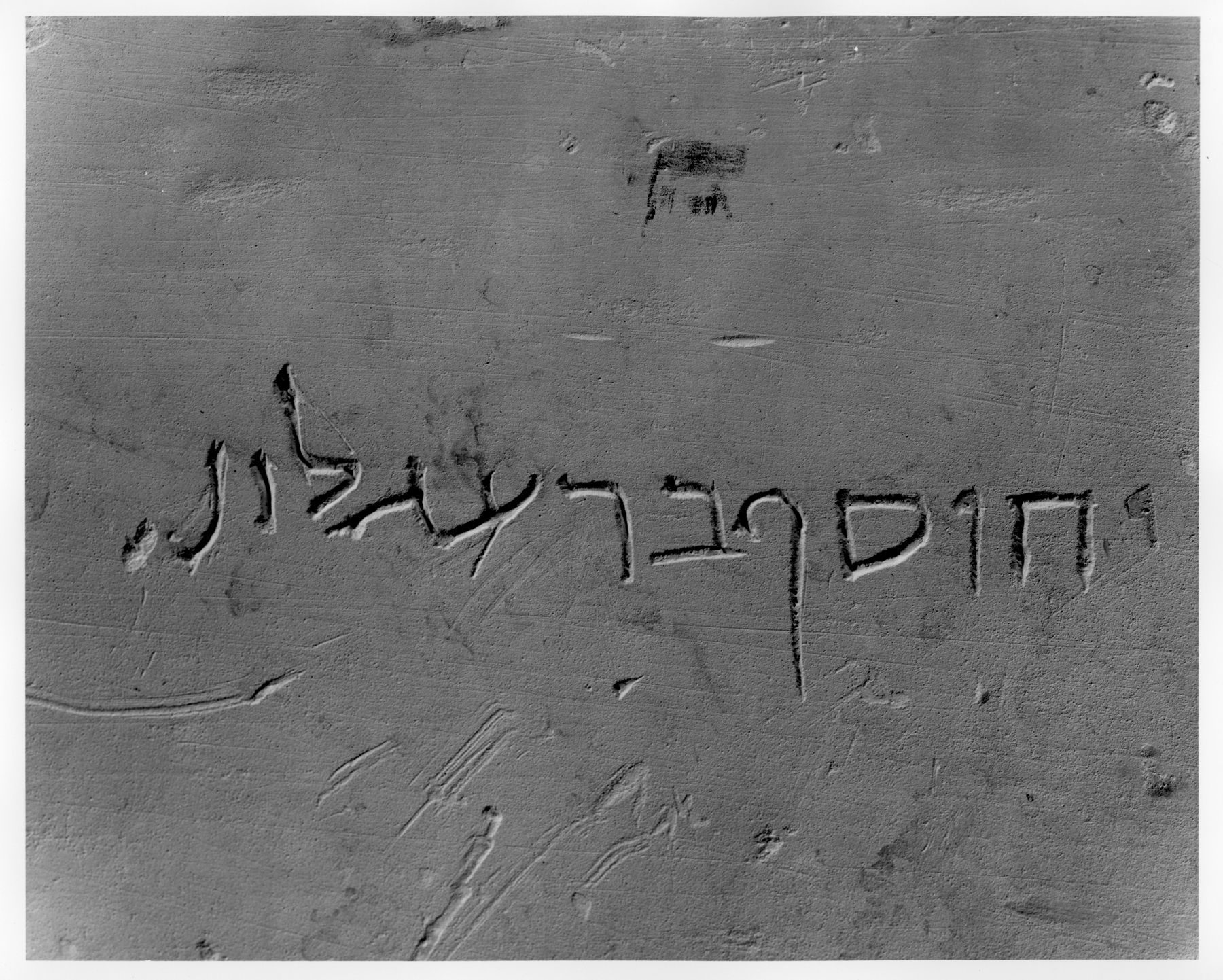 The shape of this piece was inspired by wooden chests that were used in Jewish homes. The origin of the Jewish ossuary (a box for holding bones) can be traced back to the late 1st century BC, during the time when Rome ruled the Holy Land. At that time, by Jewish custom, when someone died, the body was placed in a wooden coffin within a rock-hewn tomb or burial cave. After a year, the bones were removed and put into an ossuary in the family tomb. On this example, the name of the deceased is carved on the back: "Yehosef bar Aglon" or "Yehosef, the son of Aglon."