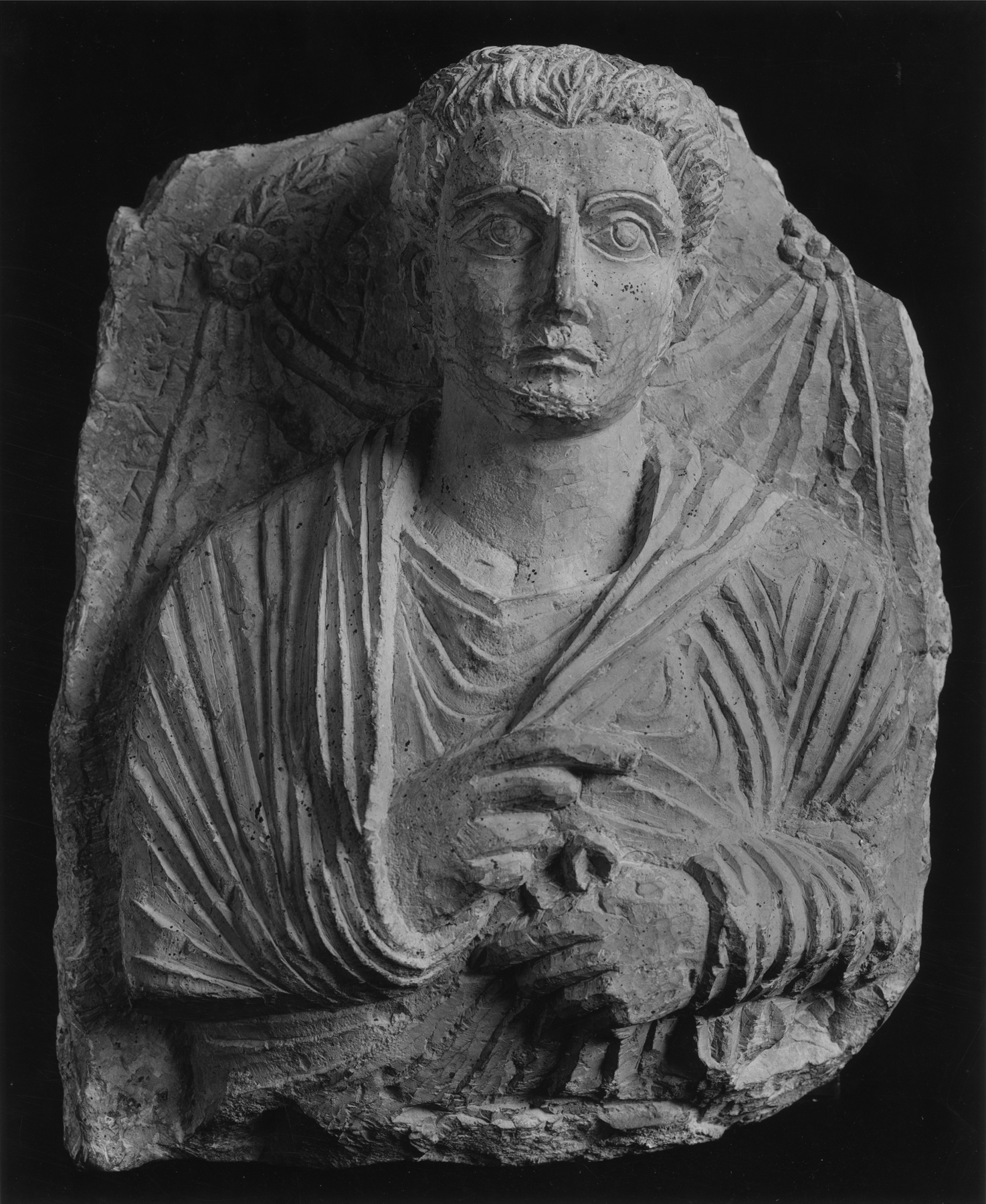 Funerary Relief of a Young Man

Palmyrene funerary portraits are frequently inscribed with the name of the deceased. The inscription over the figure’s right shoulder reveals that this is the portrait of Nûrateh, Son of Rabbî. A fabric swag pinned in place by rosettes appears behind the deceased. The figure is wrapped tightly in his garment, his hands clutching at the folds of fabric. The most striking section of the portrait includes the wide eyes with deeply incised irises. The eyes are closely set, framing his long, narrow nose. The thick locks of hair that are rendered by deeply chiseled lines that are in contrast to the more subtle indication of facial hair at his chin and above his lip. There are more than 3,000 Palmyrene funerary portrait sculptures currently extant. This is the largest corpus of portraiture in the Roman world outside of the city of Rome, and as such it provides valuable information about self-representation and identity in the Roman provinces.