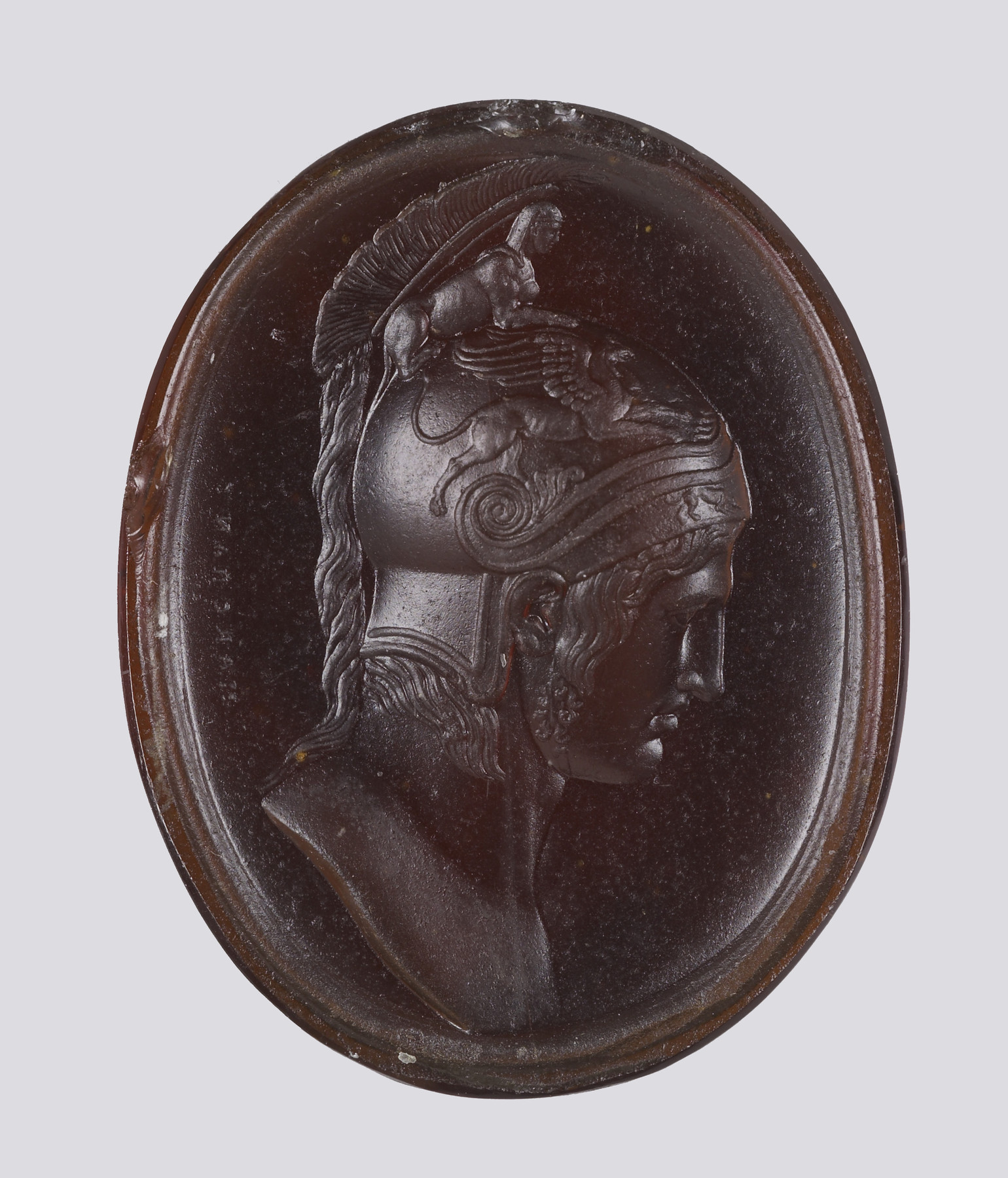 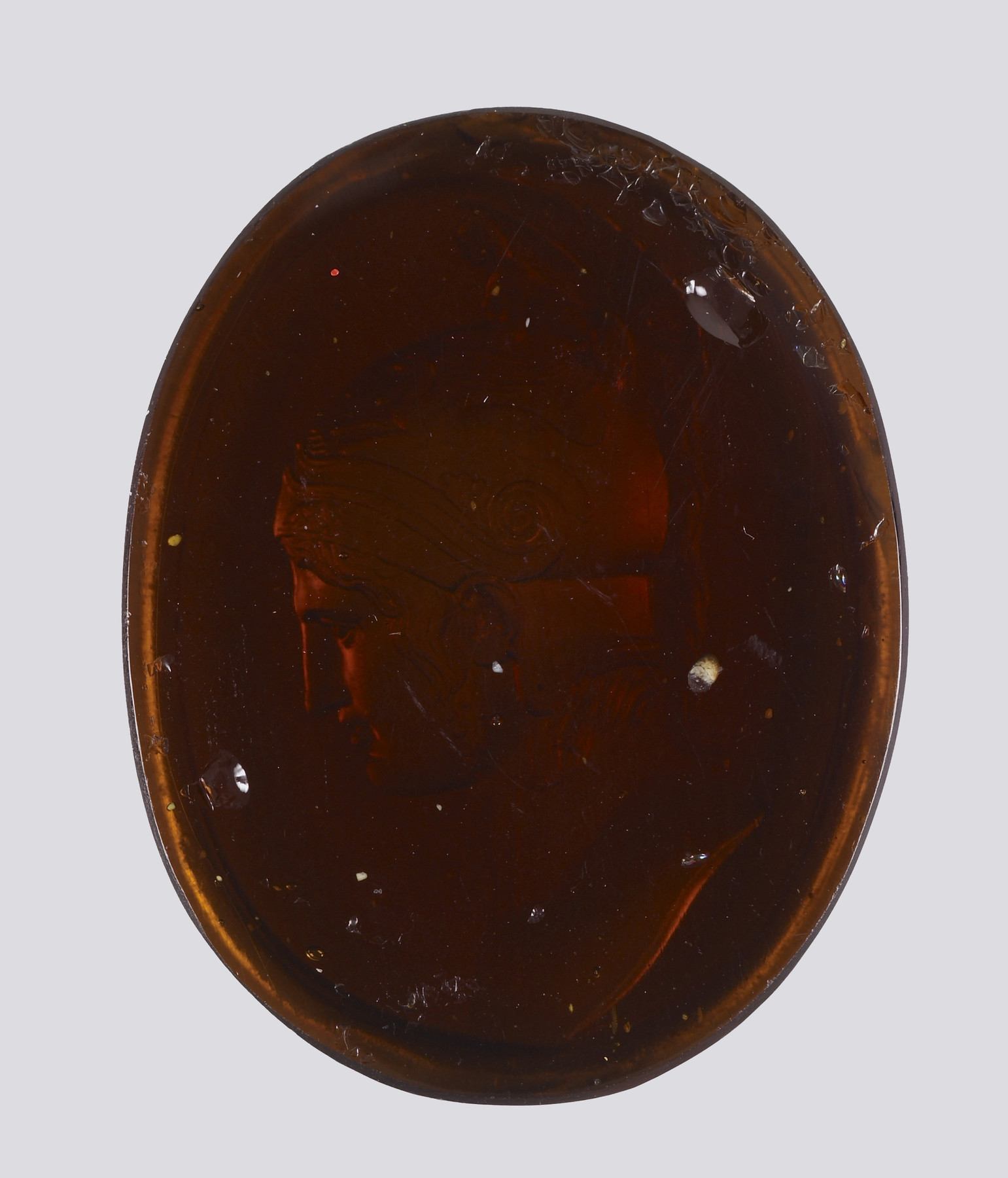 James Tassie (1735-1799) was born in Glasgow. He attended the academy there which had been established by the brothers Foulis, and became one of the most distinguished pupils of the school. Subsequently he visited Dublin in search of commissions, and there became acquainted with Dr Quin, who had been experimenting, as an amateur, in imitating antique engraved gems in coloured pastes. He engaged Tassie as an assistant, and together they perfected the discovery of an enamel, admirably adapted by its hardness and beauty of texture for the formation of gems and medallions. Dr Quin encouraged his assistant to try his fortune in London, and Tassie went there in 1766. At first he had a hard struggle to make his way. But he worked on steadily with the greatest care and accuracy, scrupulously destroying all impressions of his gems which were in the slightest degree inferior or defective. Gradually the beauty and artistic character of his productions came to be known. He received a commission from the empress of Russia for a collection of about 15,000 examples; all the richest cabinets in Europe were thrown open to him for purposes of study and reproduction; and his copies were frequently sold by fraudulent dealers as the original gems. He exhibited in the Royal Academy from 1769 to 1791. In 1775, he published the first catalogue of his works, a thin pamphlet detailing 2856 items. This was followed in 1791 by a large catalogue, in two volumes quarto, with illustrations etched by David Allan, and descriptive text in English and French by Rudolf Erich Raspe, enumerating nearly 16,000 pieces. In addition to his impressions from antique gems, Tassie executed many large profile medallion portraits of his contemporaries, and these form the most original and definitely artistic class of his works. They were modelled in wax from the life or from drawings done from the life, and when this was impossible from other authentic sources. They were then cast in white enamel paste, the whole medallion being sometimes executed in this material; while in other cases the head only appears in enamel, relieved against a background of ground-glass tinted of a subdued color by paper placed behind. His first large enamel portrait was that of John Dolbon, son of Sir William Dolbon, Bart., modelled in 1793 or 1794; and the series possesses great historic interest, as well as artistic value, including as it does portraits of Adam Smith, Sir Henry Raeburn, Drs James Beattie, Hugh Blair, Black and Cullen, and many other celebrated men of the latter half of the 18th century. At the time of his death, in 1799, the collection of Tassie's works numbered about 20,000 pieces.

This piece was designed by Nathaniel Marchant, the famed British gem engraver and Royal Academician. His name and the locatation, Roma (Rome), are seen in reverse to the left of Psyche. Marchant lived and worked in Rome from 1773 to 1789. The British Museum owns the same design executed in sard (1879,0705.20).