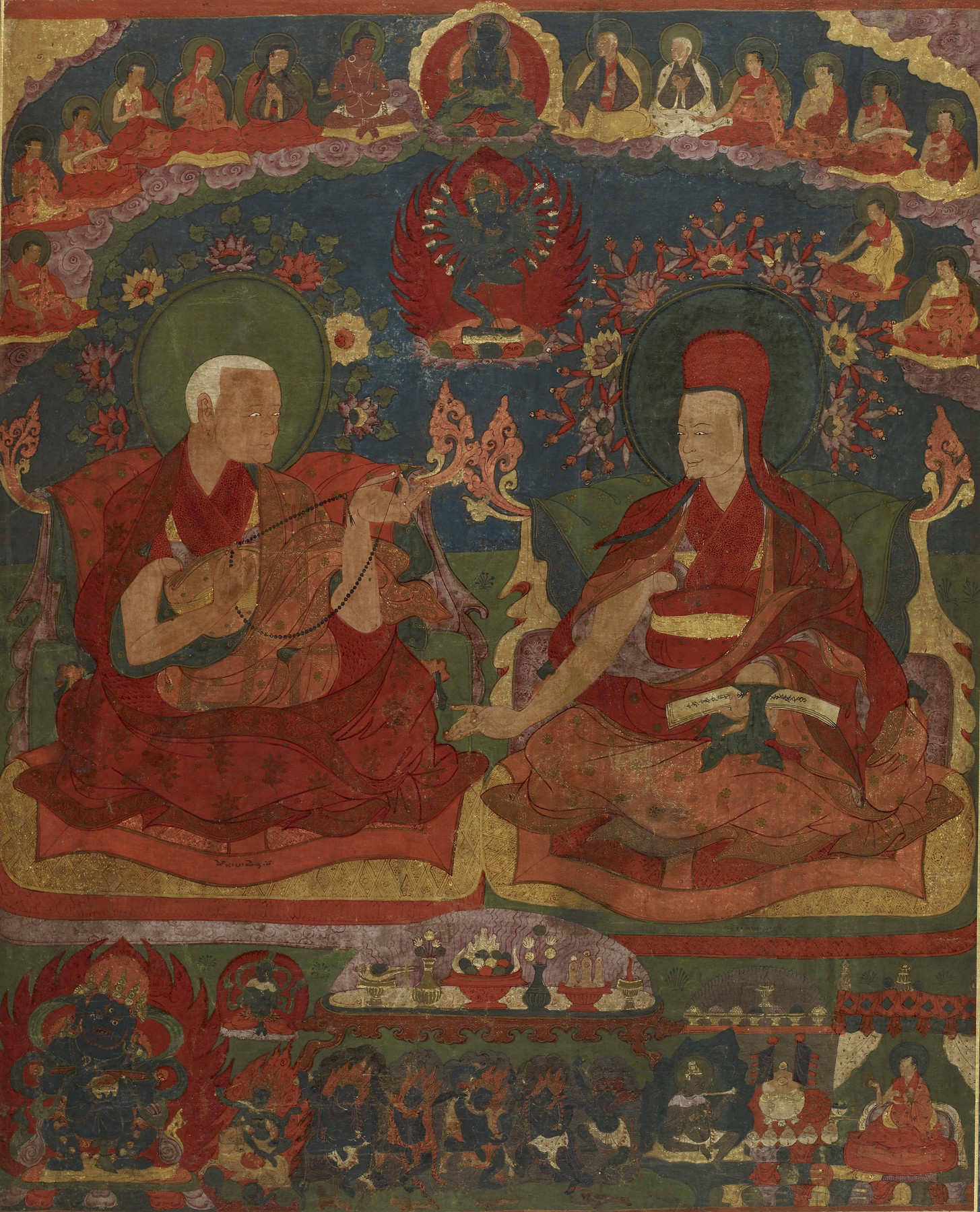 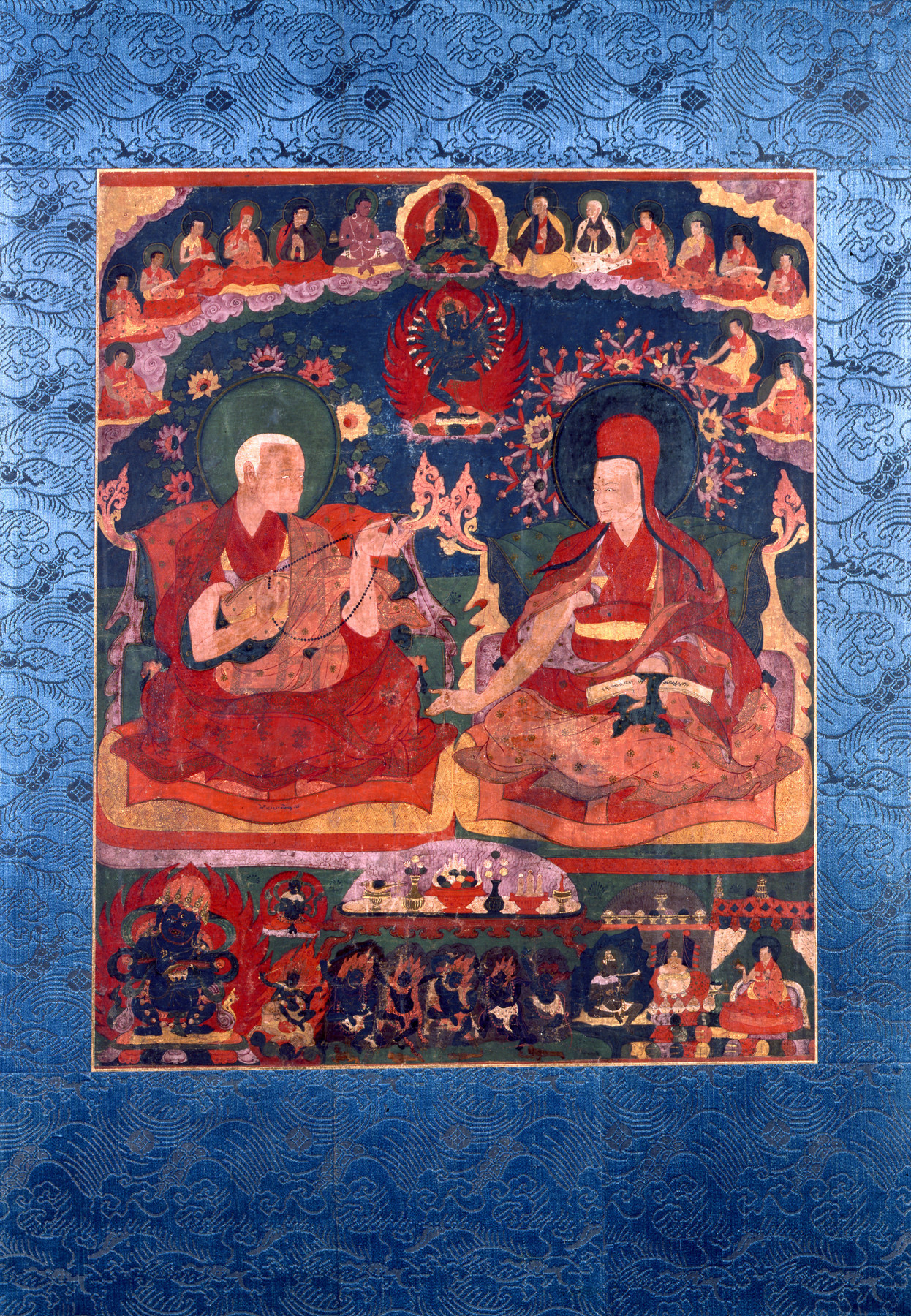 Abbots of the Ngor Monastery

The first two abbots of the Ngor Monastery in central Tibet, the older Sempa Chenpo and the younger Jamyang Sherab Gyatsho, engage in a lively conversation. They may be discussing the teachings of the "Hevajra Tantra": the wrathful deity Hevajra, united with his female partner, occupies the space between their flowered halos. Above Hevajra is the Buddha Vajradhara, the ultimate source of the tantra’s teachings, surrounded by members of the teaching lineage. The fifth figure on the left wears a red hat identical to that of the younger abbot at the center. He is Sakya Pandita, a prominent lama of the Sakya monastic tradition. When Ngor Monastery was founded in 1429, it became the center for a new branch of the Sakya lineage.