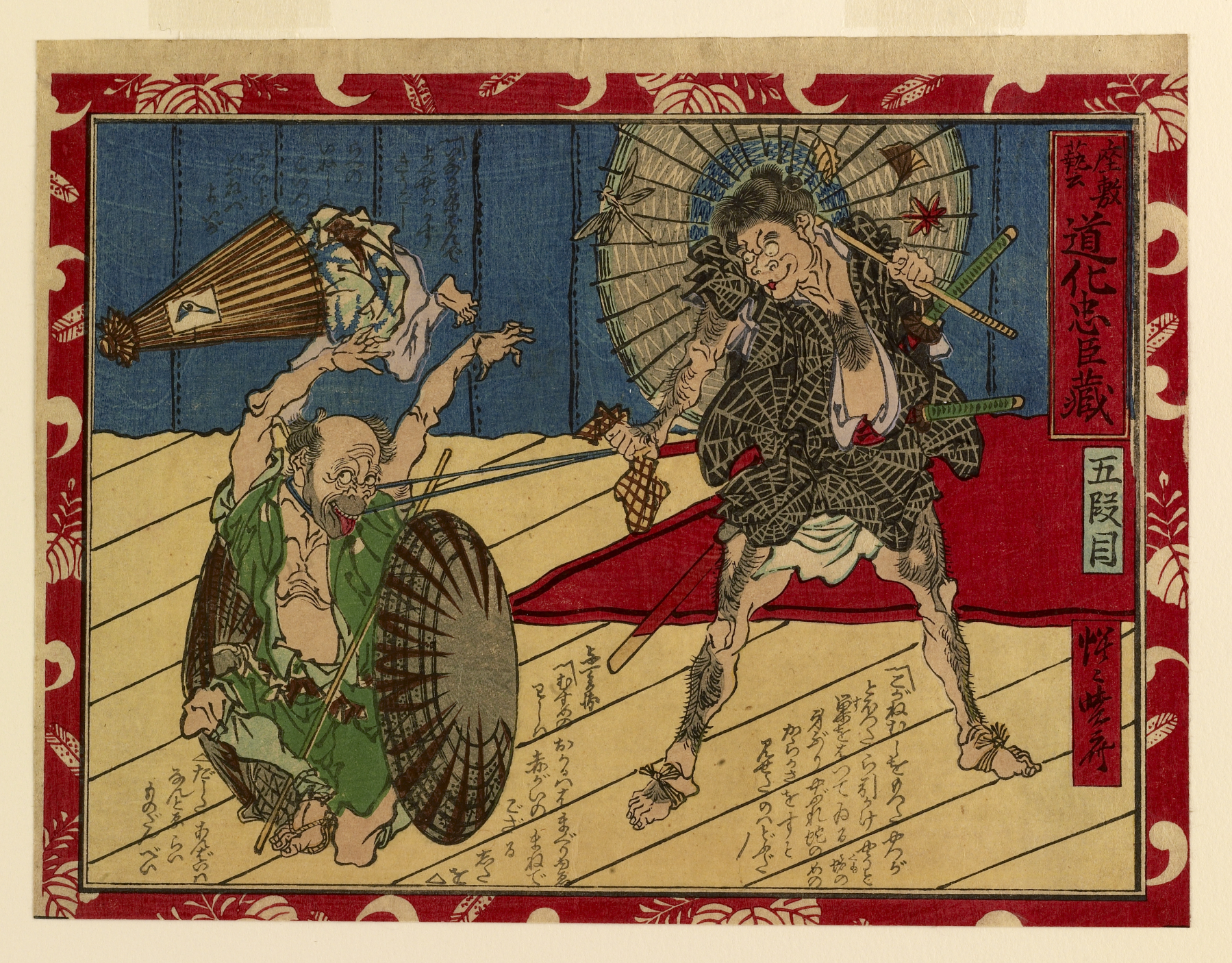 Kyosai here turns "seppuku" (ritualized suicide) into something treated humorously: suicide by disembowelment is about to be performed on a blowfish. This print represents a scene from a play that parodies one of the most popular dramas in Japan, "Kanadehon Chushingura." Based on a true story, the original play is about forty-seven loyal samurai sworn to avenge their master's death. In Act 5, the father-in-law of Kampei, one of the samurai, is robbed and murdered by a bandit. 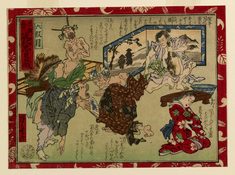