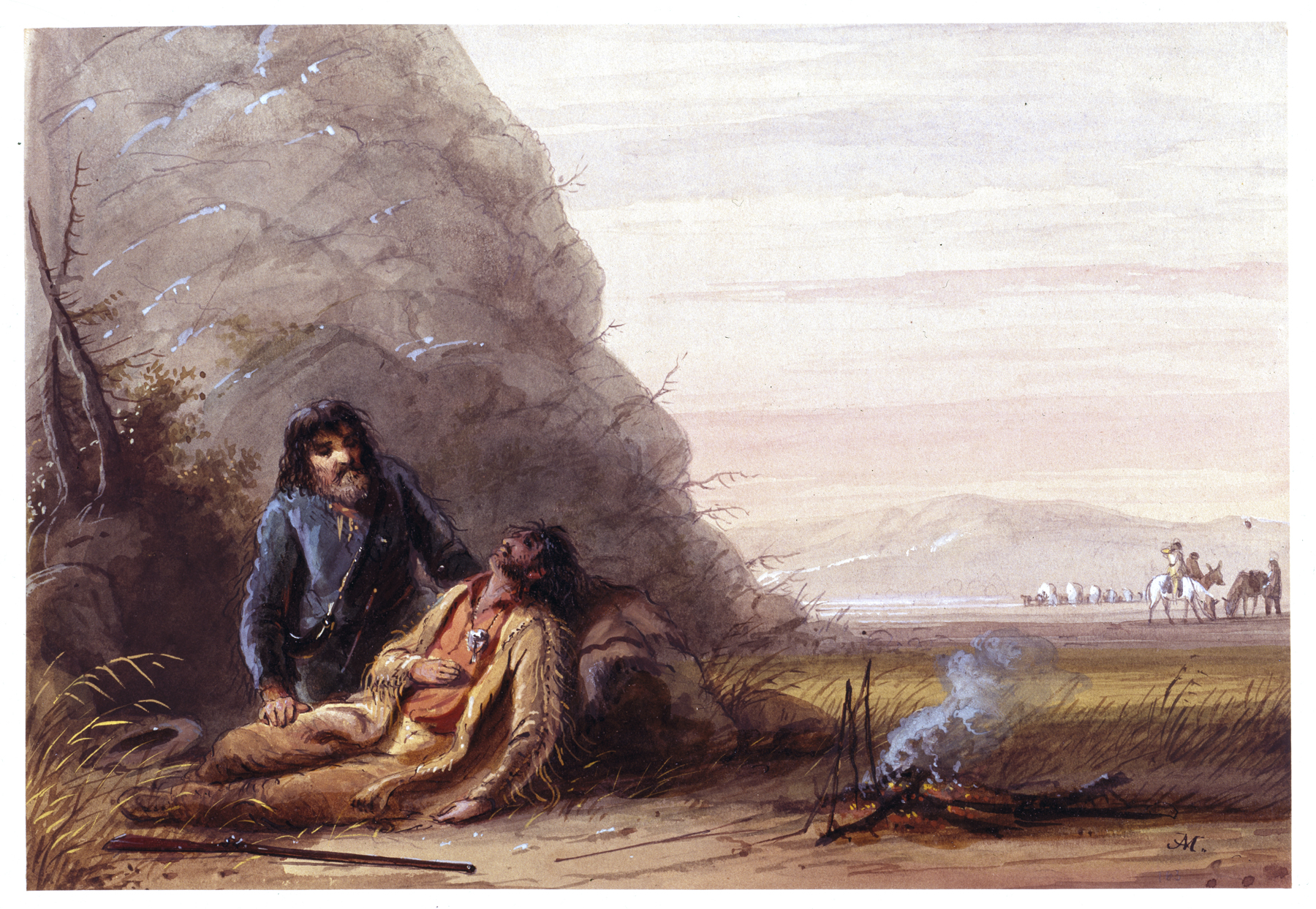 "The sketch illustrates an incident of two mountain Trappers, found near Independence Rock, in a starving condition. On the Caravan's reaching them, it was discovered that their ammunition was completely exhausted,- but on that morning one of them had succeeded in killing two rattle snakes, which were in the process of cooking on the fire. Our Captain's question to them was, 'Good God! how can you eat such disguesting food?' One of them answered 'This child doe'st savez what disgustin' is' - Wagh! In consideration of their weak state, a soup was first prepared for them, which they ate with a will. This was followed by some bottled porter- and then came the substantials in the shape of humpribs &c. On parting with them, our Captain presented each with a horse, a supply of powder and shot, & a blanket, sending them on their way rejoicing, and with an equipment better than ever." A.J. Miller, extracted from "The West of Alfred Jacob Miller" (1837).