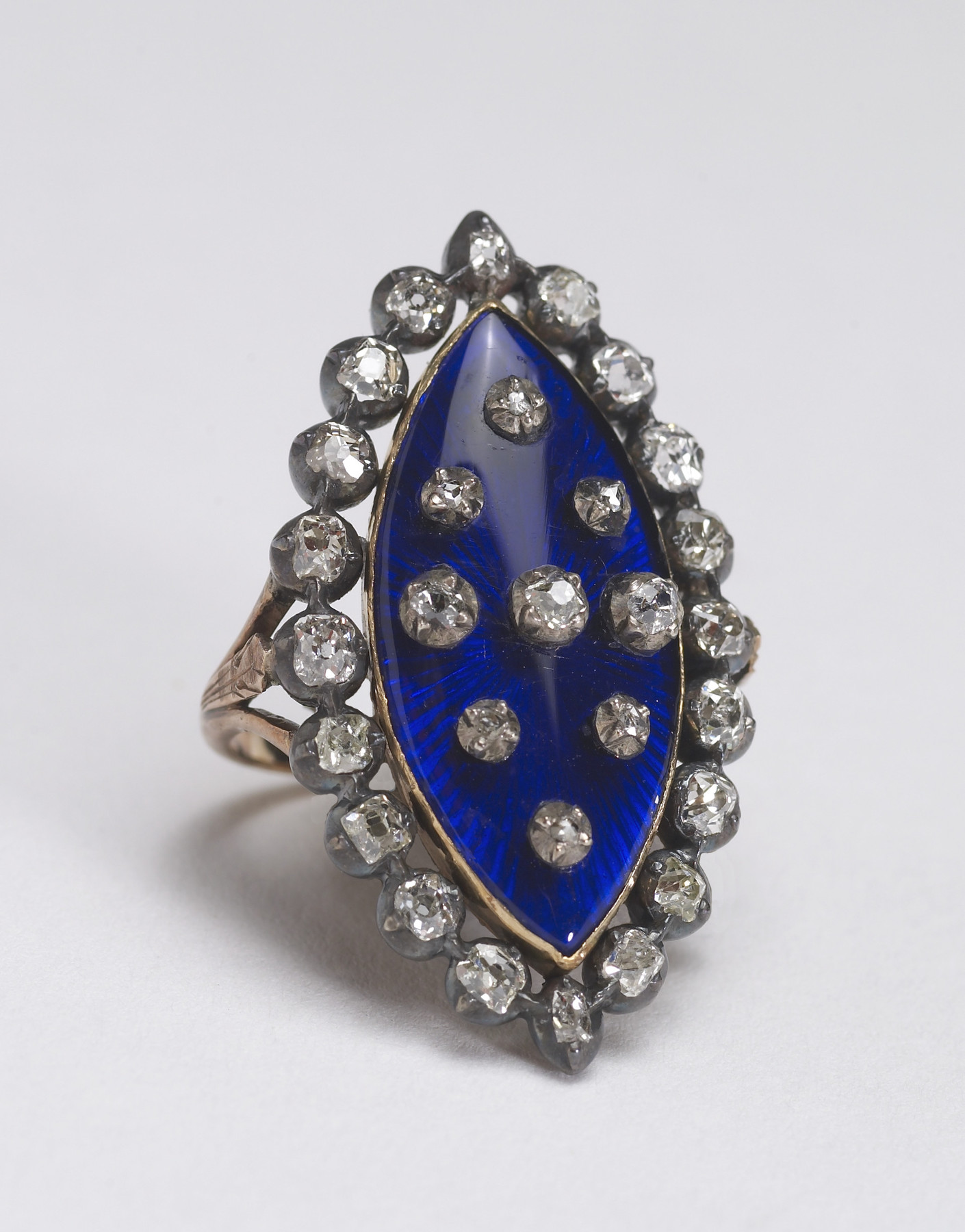 For this ring, the navette or boat-shaped bezel in violet enamel is set with small diamonds in silver collets arranged as a celestial image.