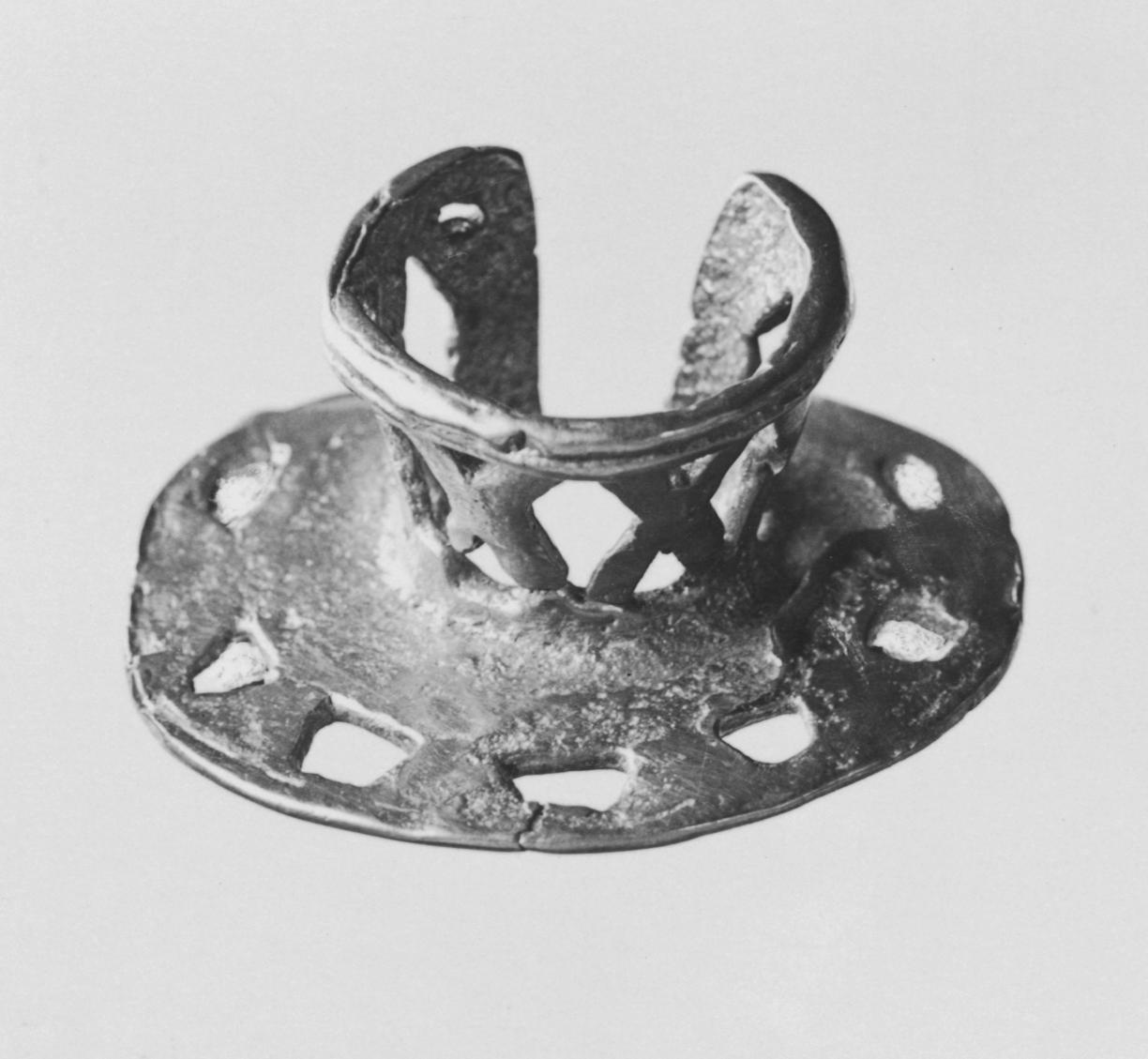 This ornament was a nose ring, fastened with the help of a small post that passed through the septum and emerged at each side of the small cleft shown here. Nose rings seem to have been a particularly important form of decoration for Central American peoples. People of the Chiriquí culture likely particularly wanted to emphasize people’s breath – their life force – with a golden nose ring.
To the Chiriquí people of pre-Columbian Panama, gold was closely associated with their cosmovision, or way of understanding the universe and its workings. The Chiriquí, like many American peoples, believed that a powerful life force exists within all objects of value in the universe. In order to connect with gods and supernatural beings, many chiefs adorned themselves for ceremonies with rich golden finery that was reflective of the sun – and metaphorically allowed them to become a direct channel to the realm above. Due to these divine associations of the metal, goldsmiths and those members of society privileged enough to wear gold were held in high regard.