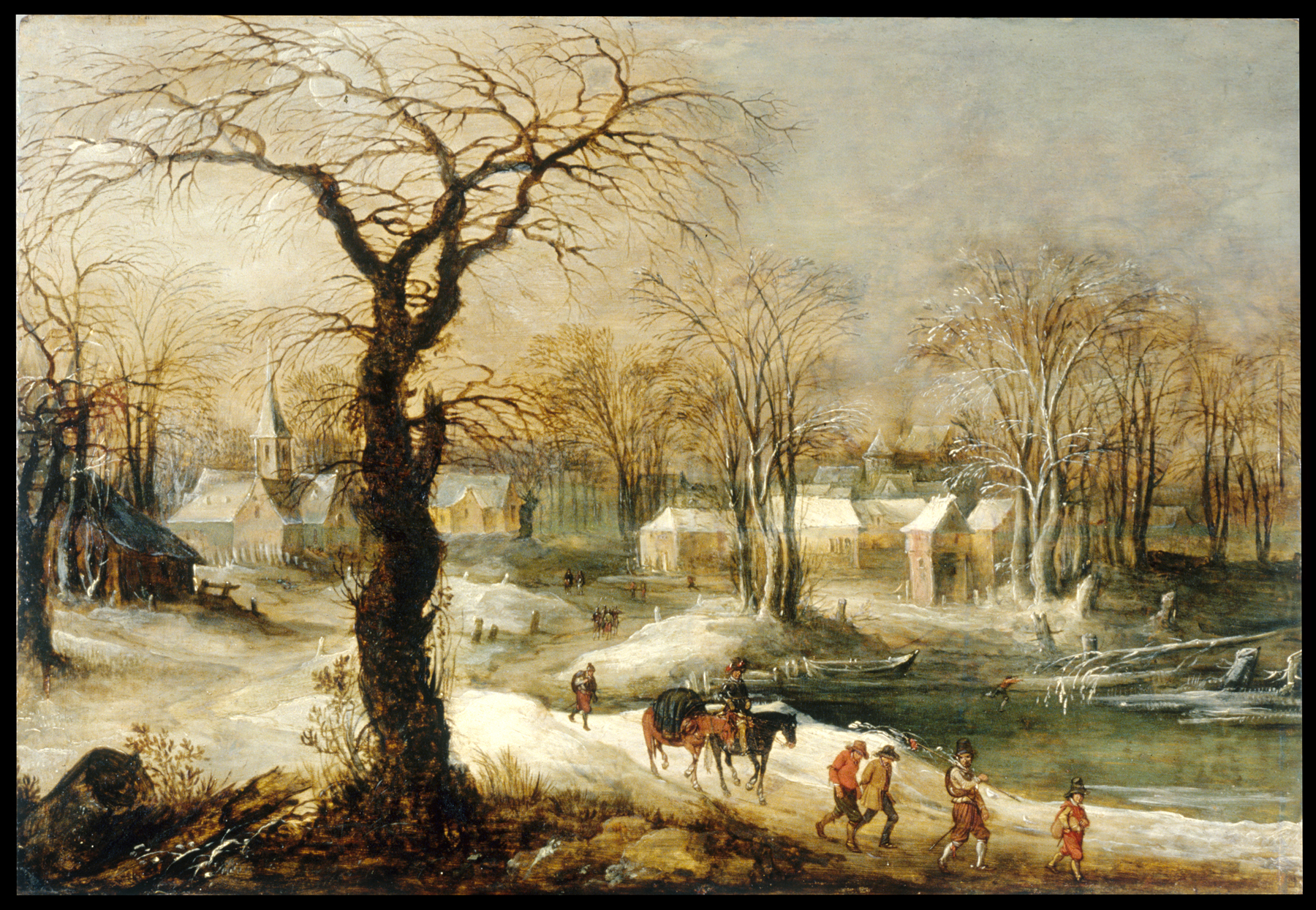 The cycle of the seasons fascinated 17th-century Europeans, but the shifts in the tilt of the earth that causes them were not understood. Winter was especially hard then; Europe was in the middle of a little ice age and it was much colder than today. The Southern Netherlands was also in the midst of a war, and ill-paid soldiers terrorized the peasants.

Here, the Antwerp landscapist Joos de Momper uses subdued color and tonal unity to suggest the bleakness of a late winter afternoon, complemented by an intricate, stark pattern of barren branches against the sky. Landscape was a popular subject in antwerp in these years. De Momper's works are characterized by this moody, tonal quality rather than by attention to lush vegetation.