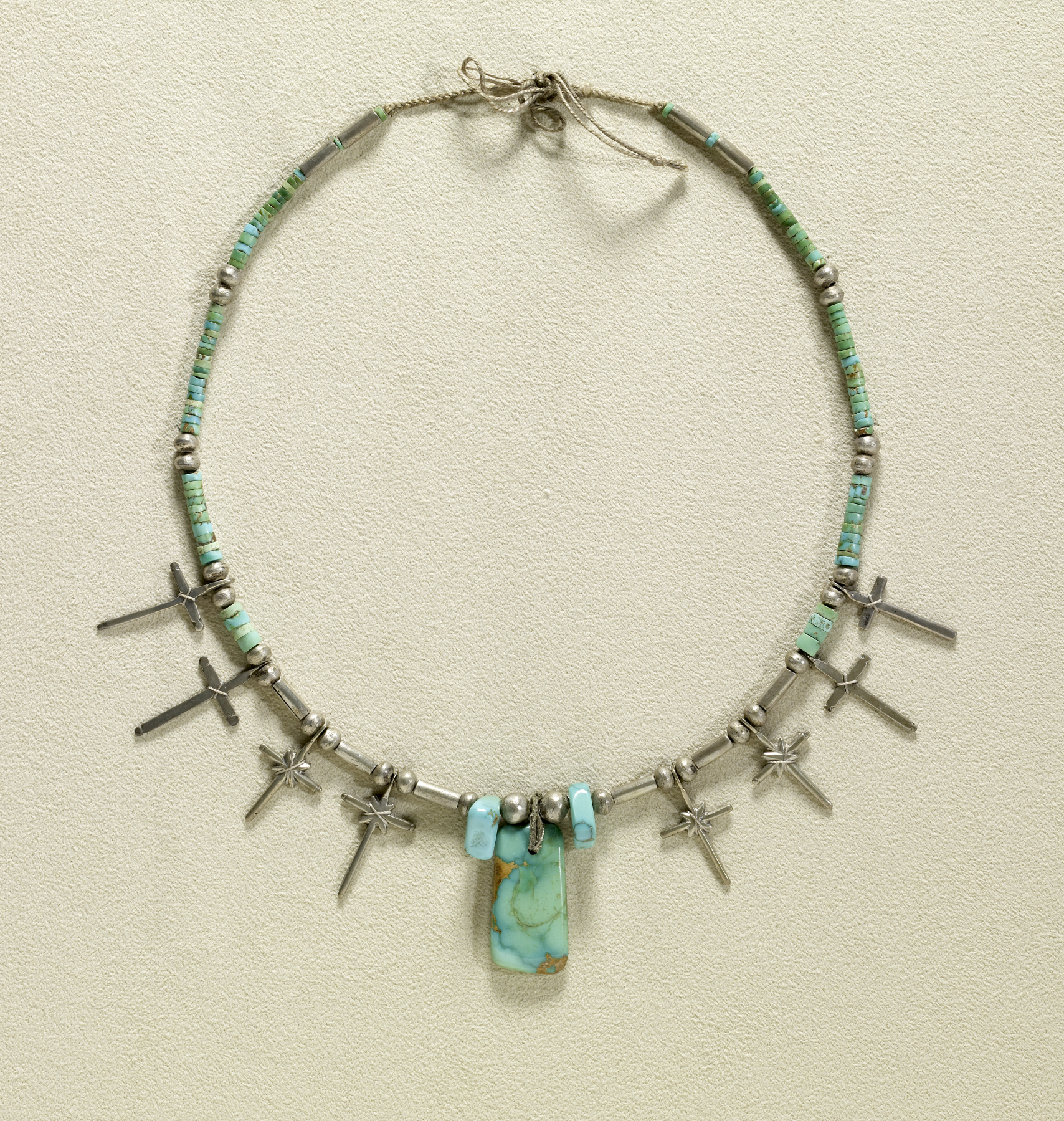 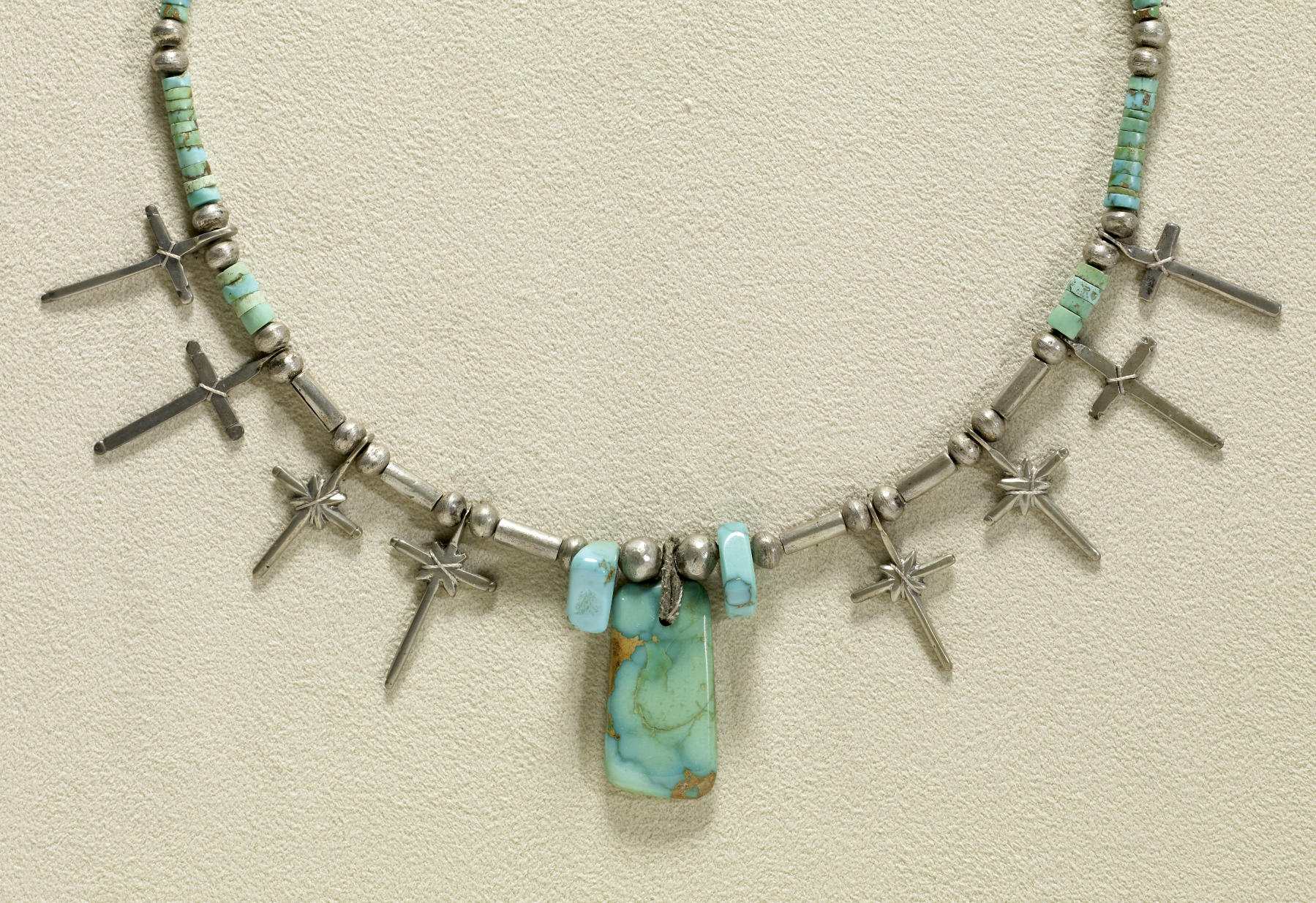 With the completion of the Santa Fe Railroad at the turn of the 20th century, the American Southwest became a tourist destination. Fred Harvey, a British businessman, recognized the potential of this new market and took the opportunity to open a series of hotels, restaurants, and dining cards along the route. Tourism led to a rising interest in Native American jewelry. This necklace, probably made by Pueblo peoples, is typical of the kind of jewelry sold by the Fred Harvey company. It features multiple small crosses flanking a central pendant of turquoise. This illustrates the cultural complexity of the region -- Christianity was imposed on Native peoples of the area by Spanish missionaries beginning in the sixteenth century, but Indigenous people adapted many Catholic practices to their own beliefs as well.