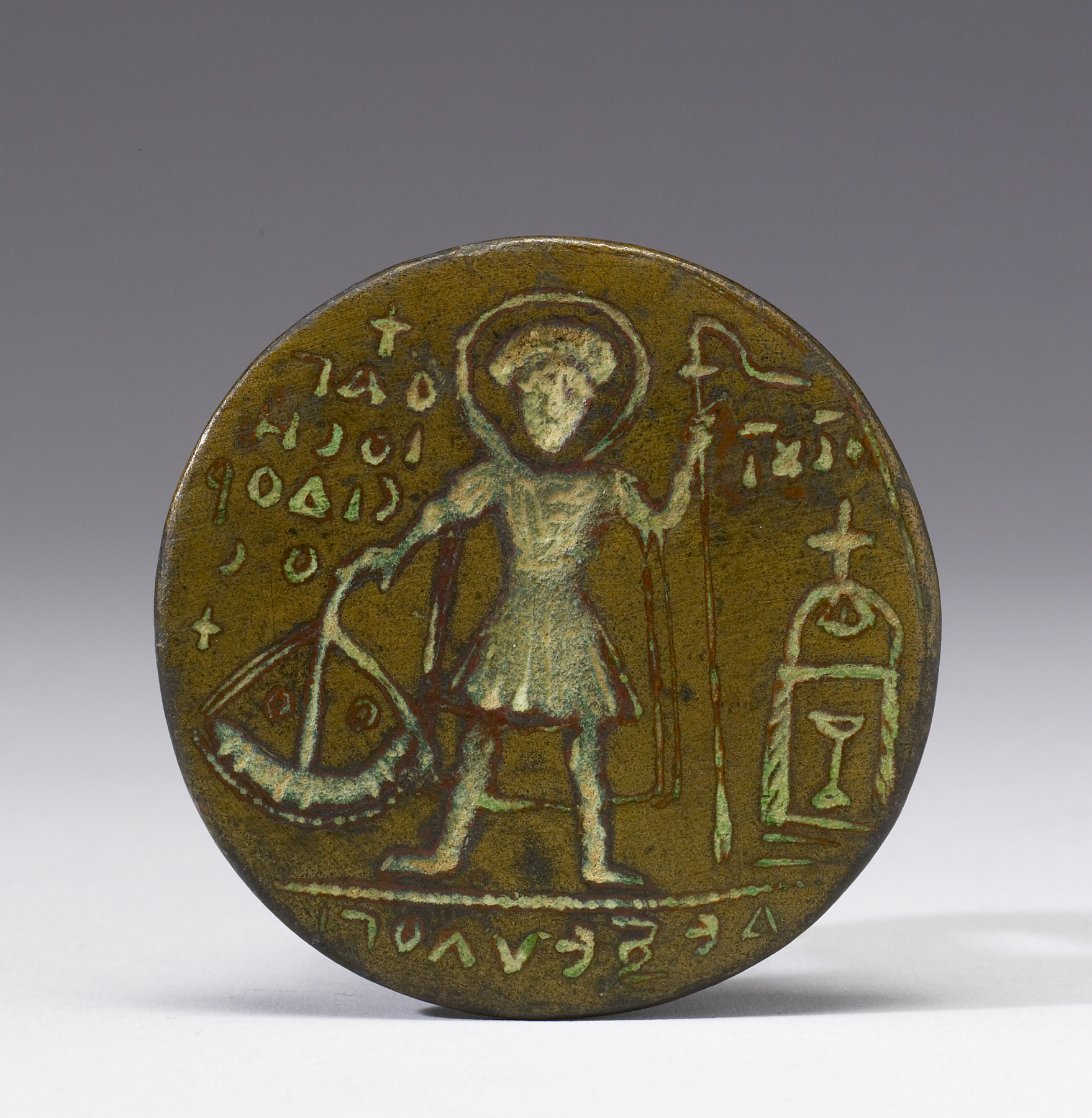 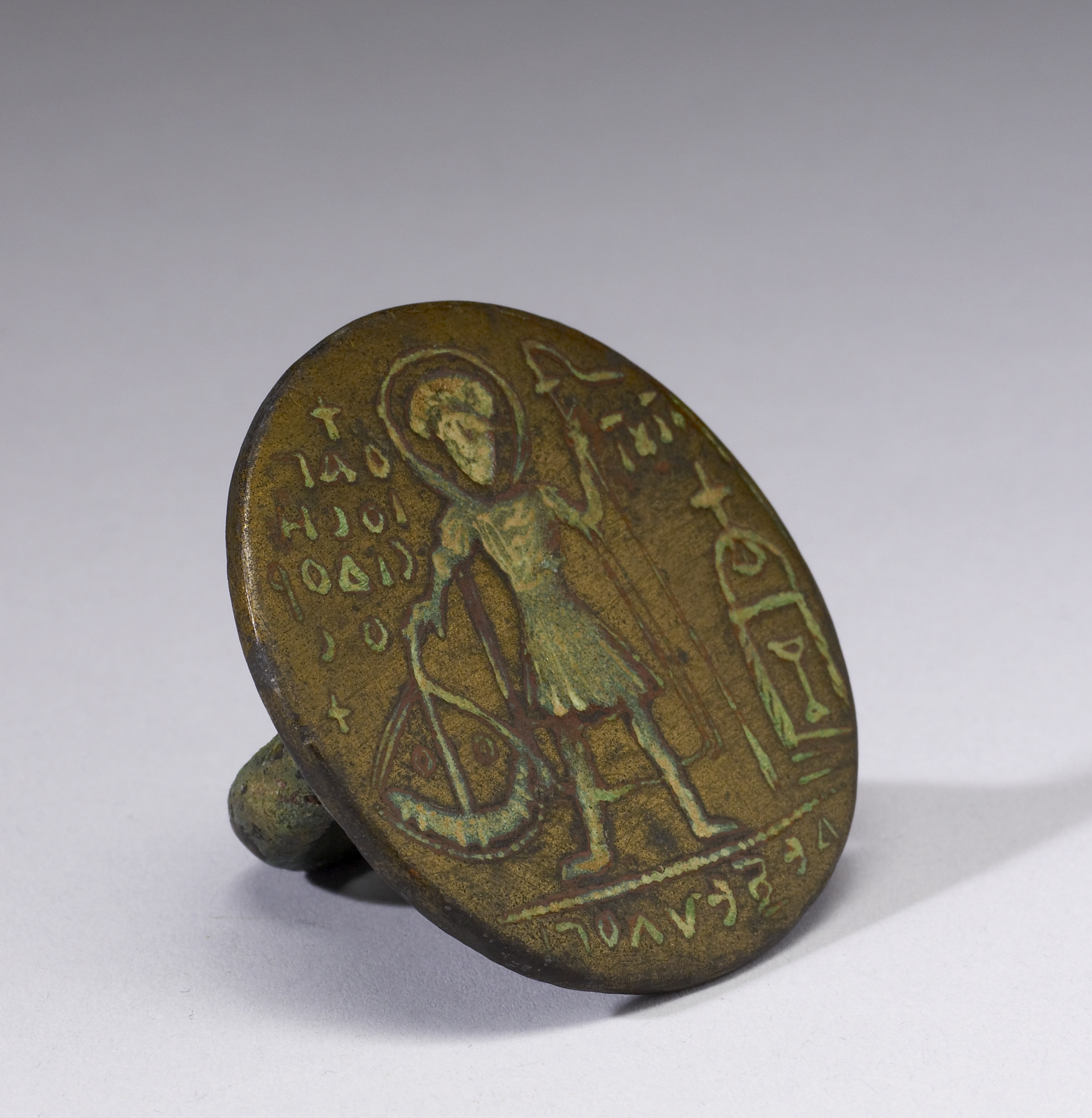 St. Isidore was martyred on the Greek island of Chios in AD 251. The well into which his body was thrown later became a healing shrine, represented at the right. The ship to the left refers to Isidore's role as patron saint of sailors, as well as to the ships that carried pilgrims to his island shrine. This stamp, used to produce pilgrim tokens, has a backward inscription that becomes legible when imprinted in clay.