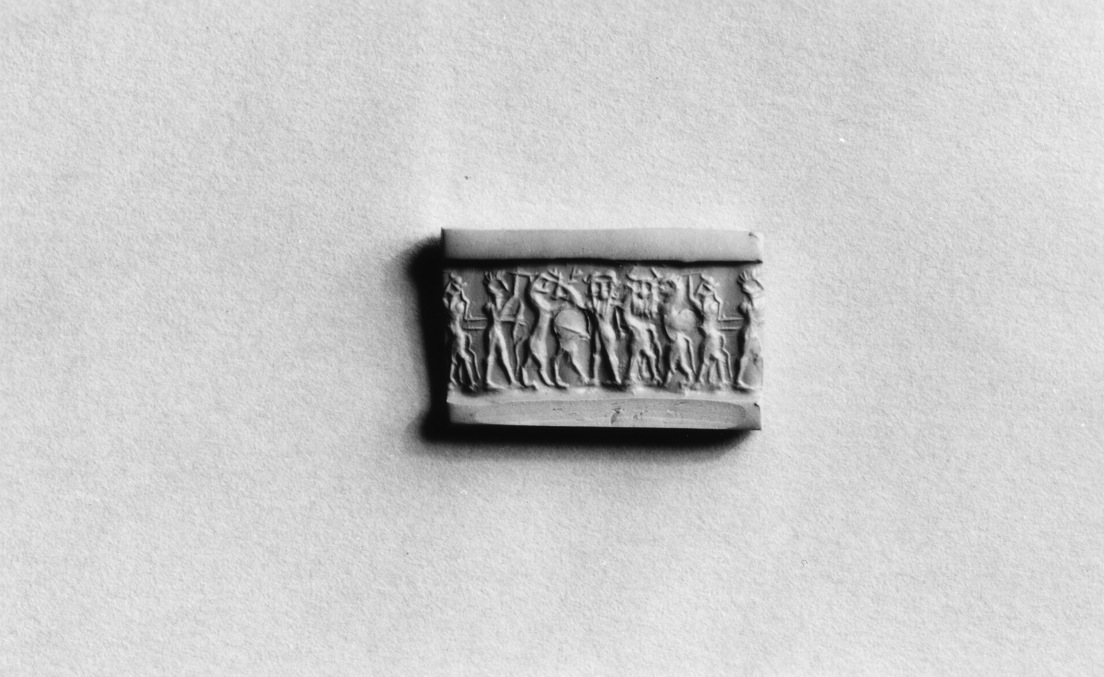 This contest scene depicts a bull creature in a "Master of Animals" pose, holding a deer and possibly another bull. Figures and lions also participate in the fight.