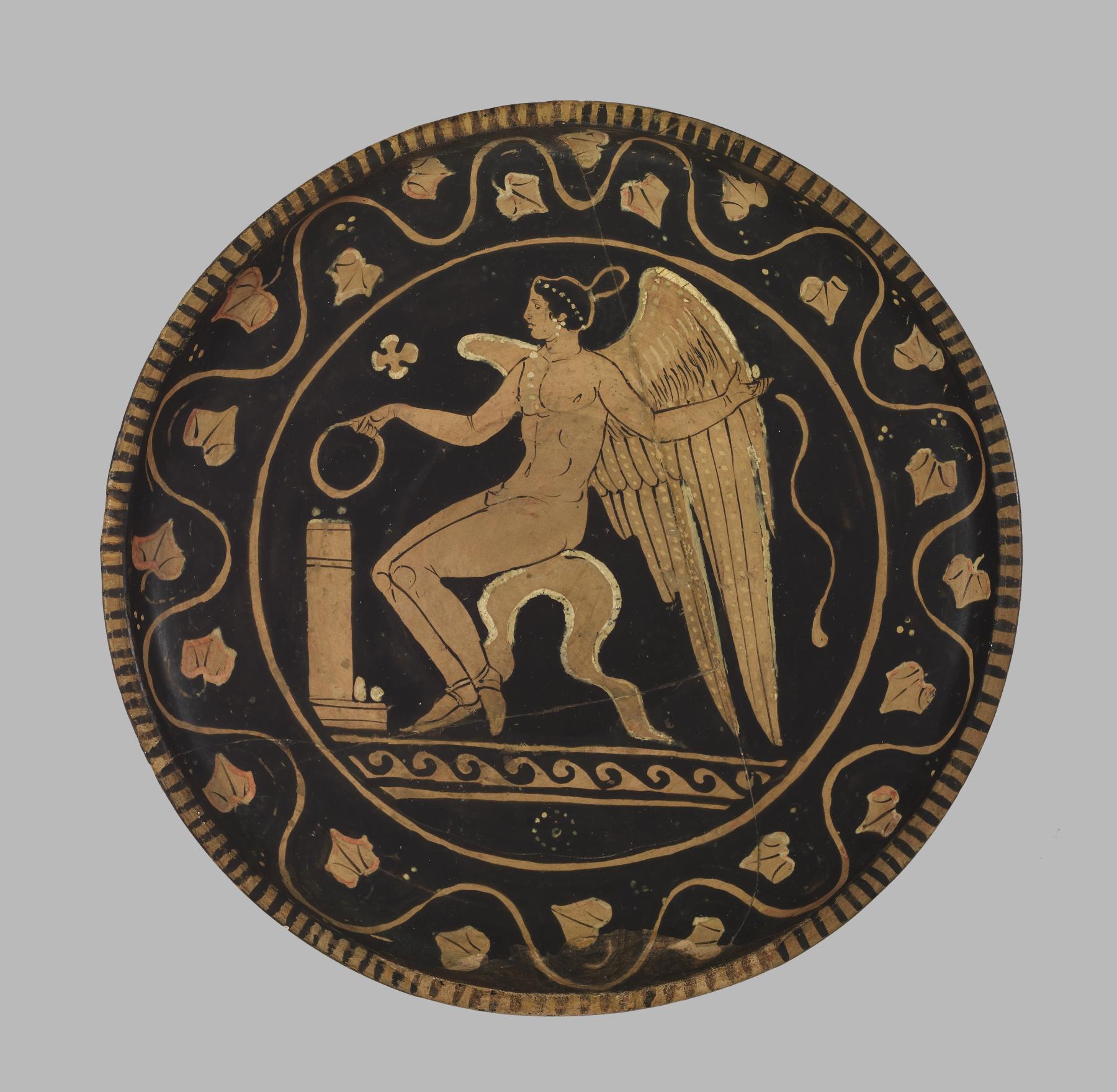 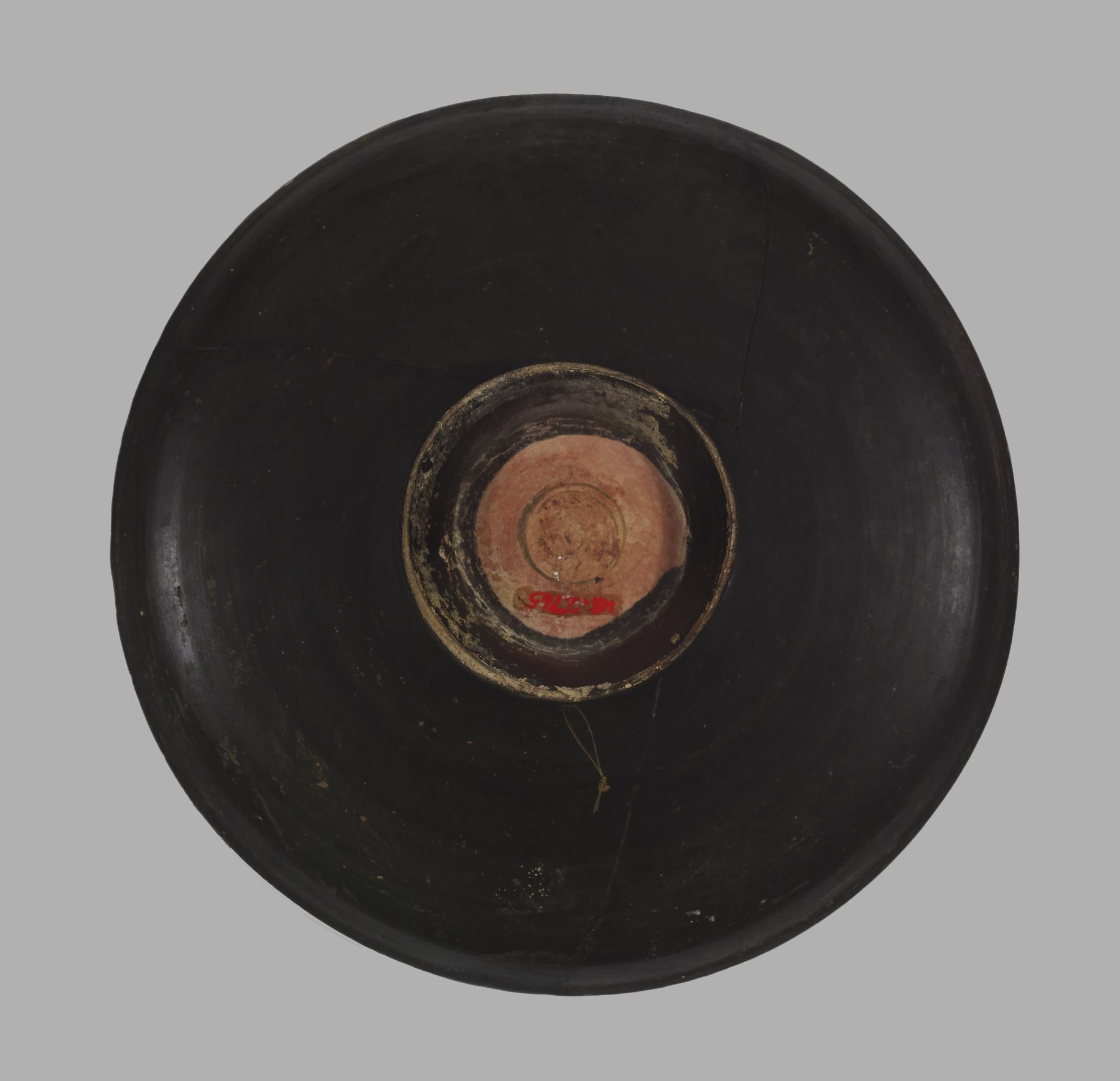 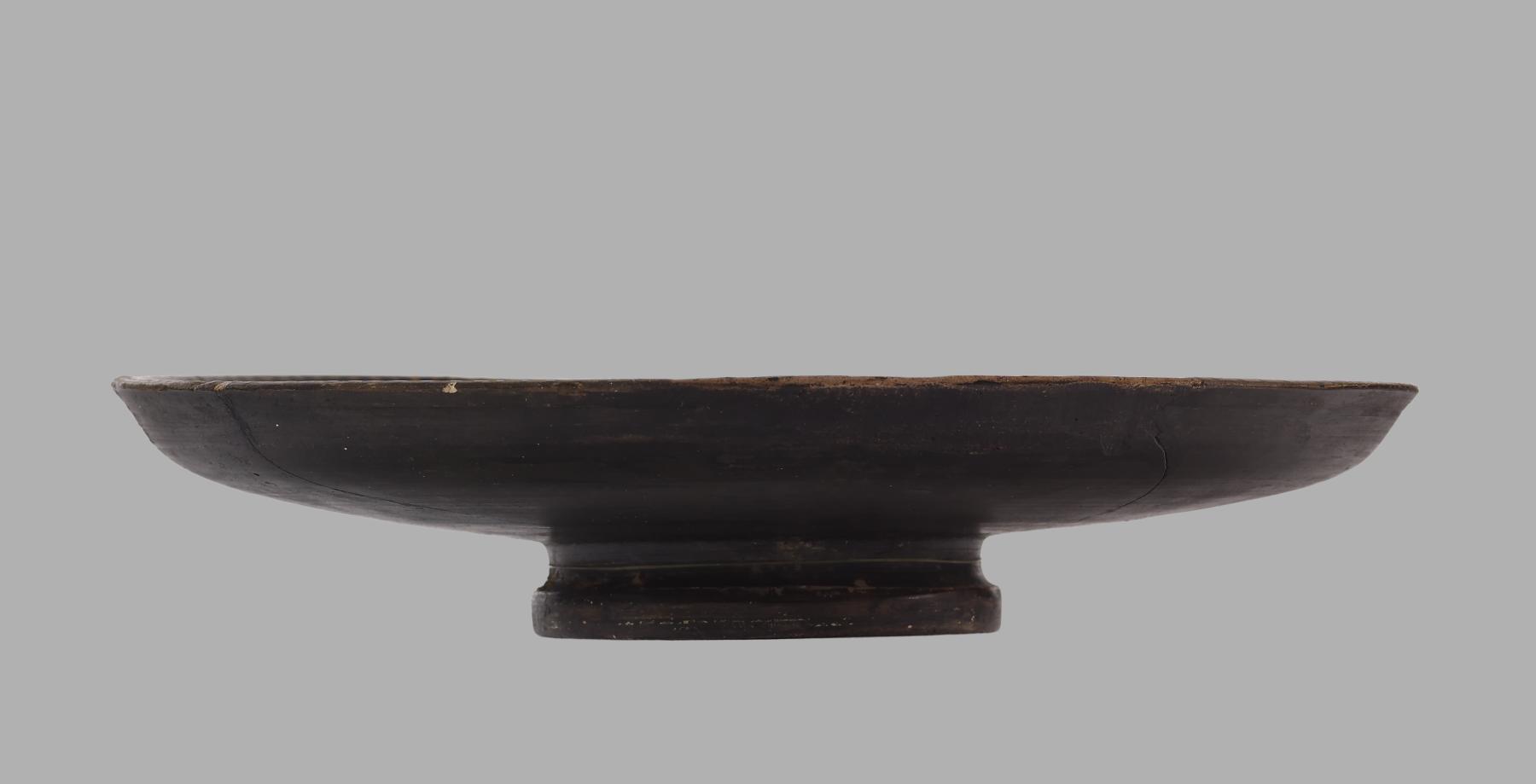 Female heads and Eros figures are common features on the vases attributed to the Ascoli Satriano Painter. His real name is unknown, and he has been named after a northern Apulian town, where many of his vases have been found. Eros is depicted as a winged youth about to place a wreath as an offering on the "cippus" (pillar) in front of him.