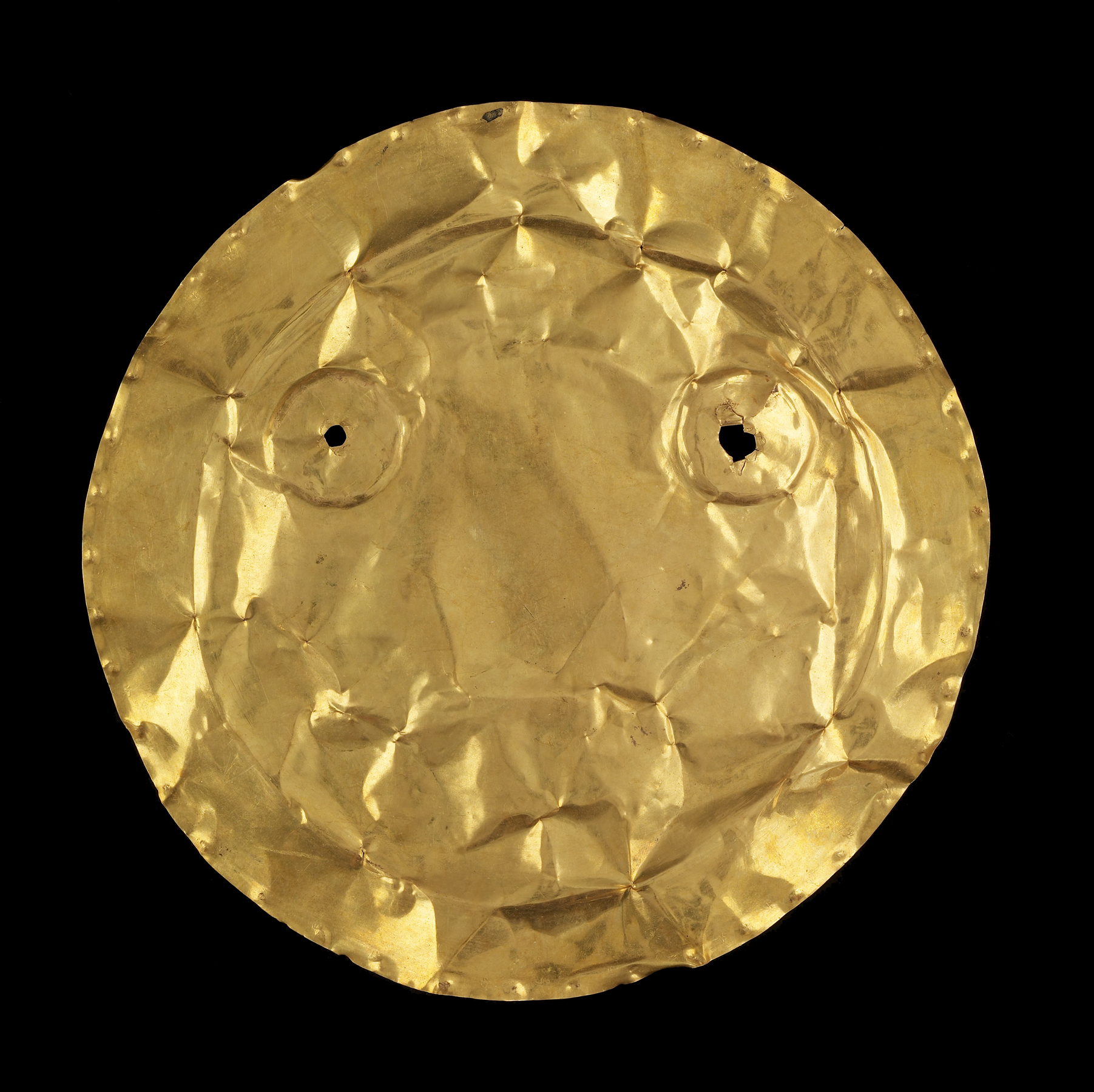 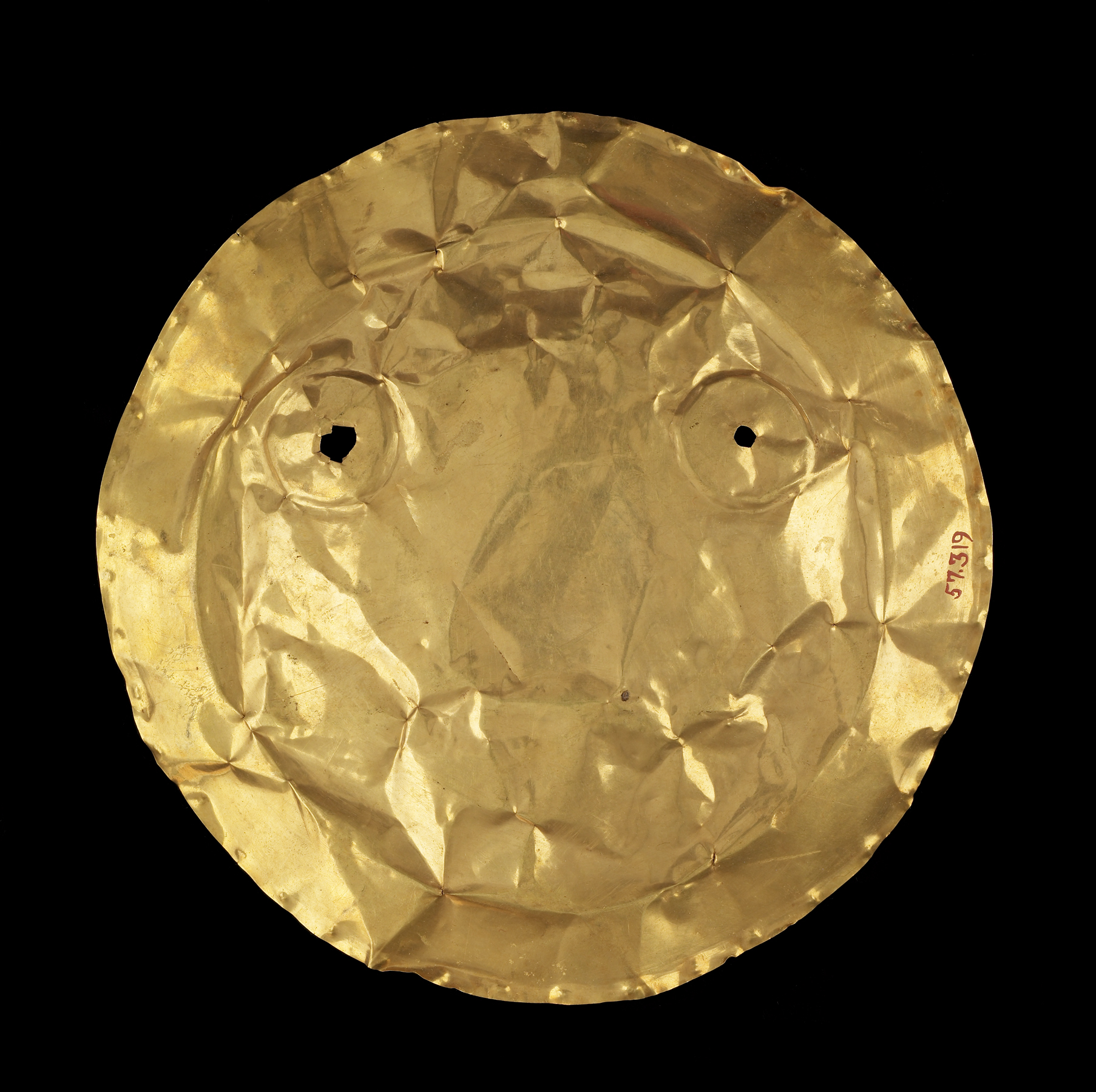 When Christopher Columbus arrived in present-day Panama and Costa Rica, he was greeted by warriors and men of high status wearing hammered gold discs, which were stitched to armbands or worn as pendants on the chest (pectorals).

These gold disks demonstrate one of the forms that could be produced by hammering. Gold was worked using a variety of techniques, including hammering and mechanical joining. Because the metal is soft and malleable, hammered gold was generally quite pure. Stone anvils and tools were used to hammer gold from ingots. Shapes were cut using stone or copper chisels.