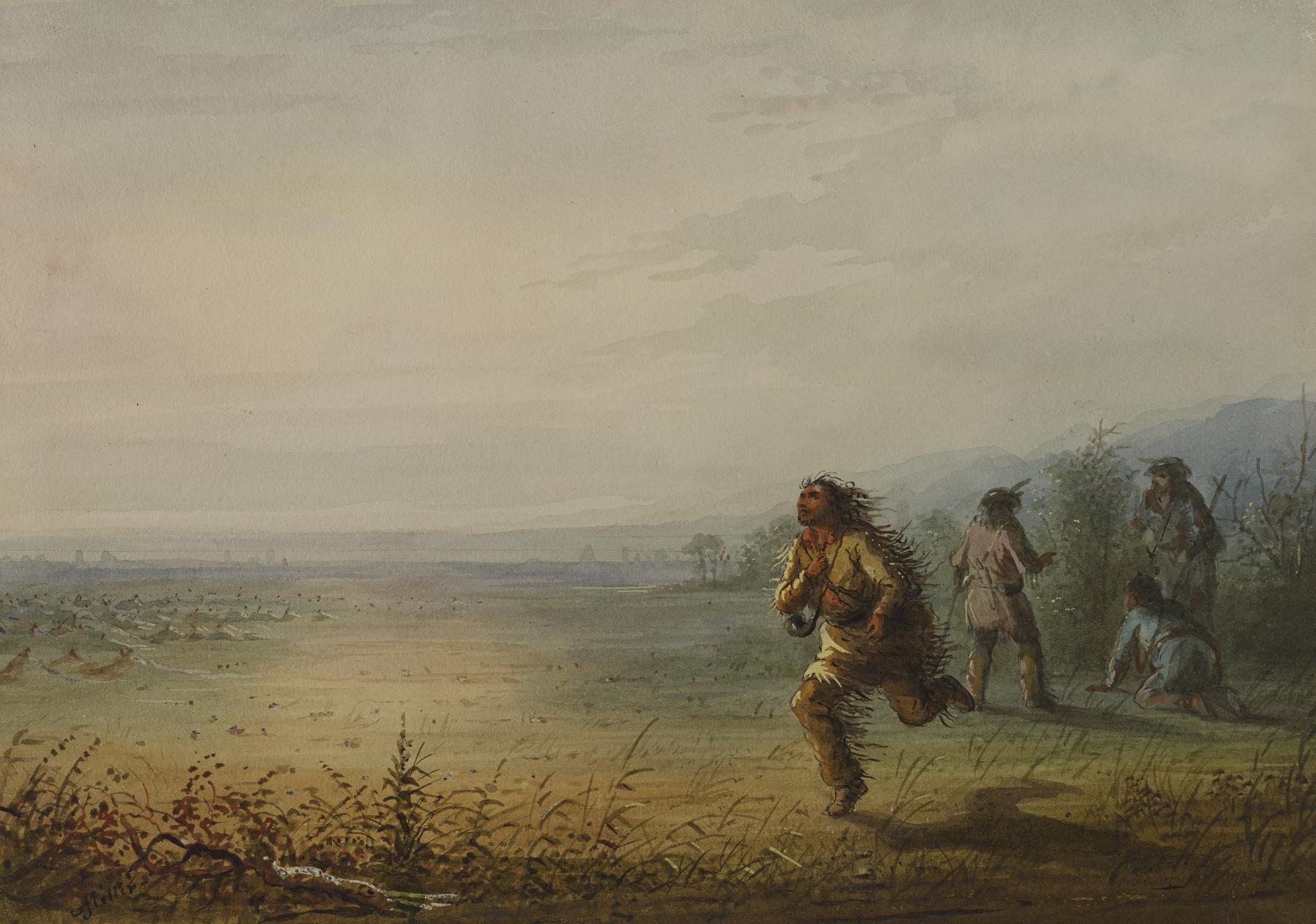 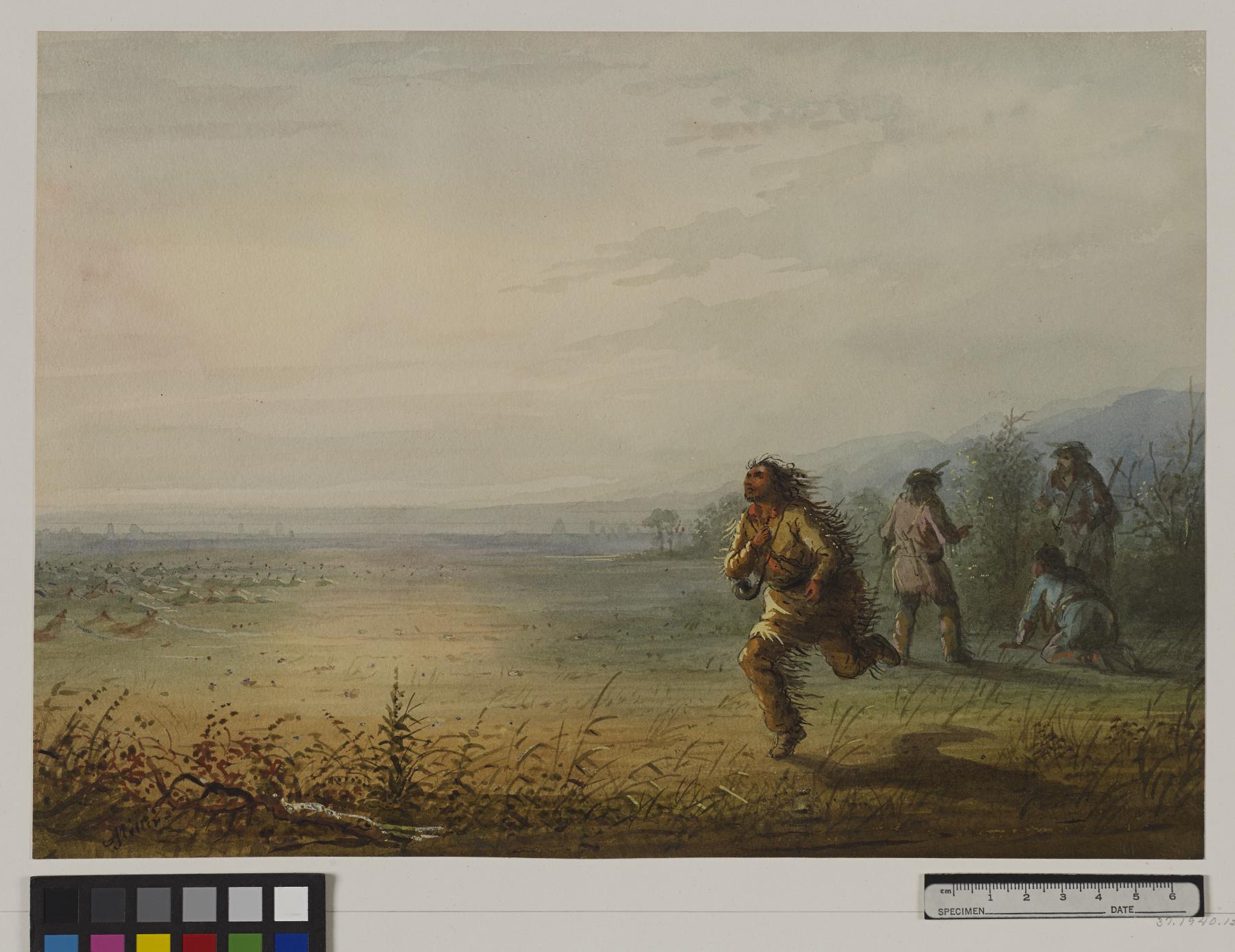 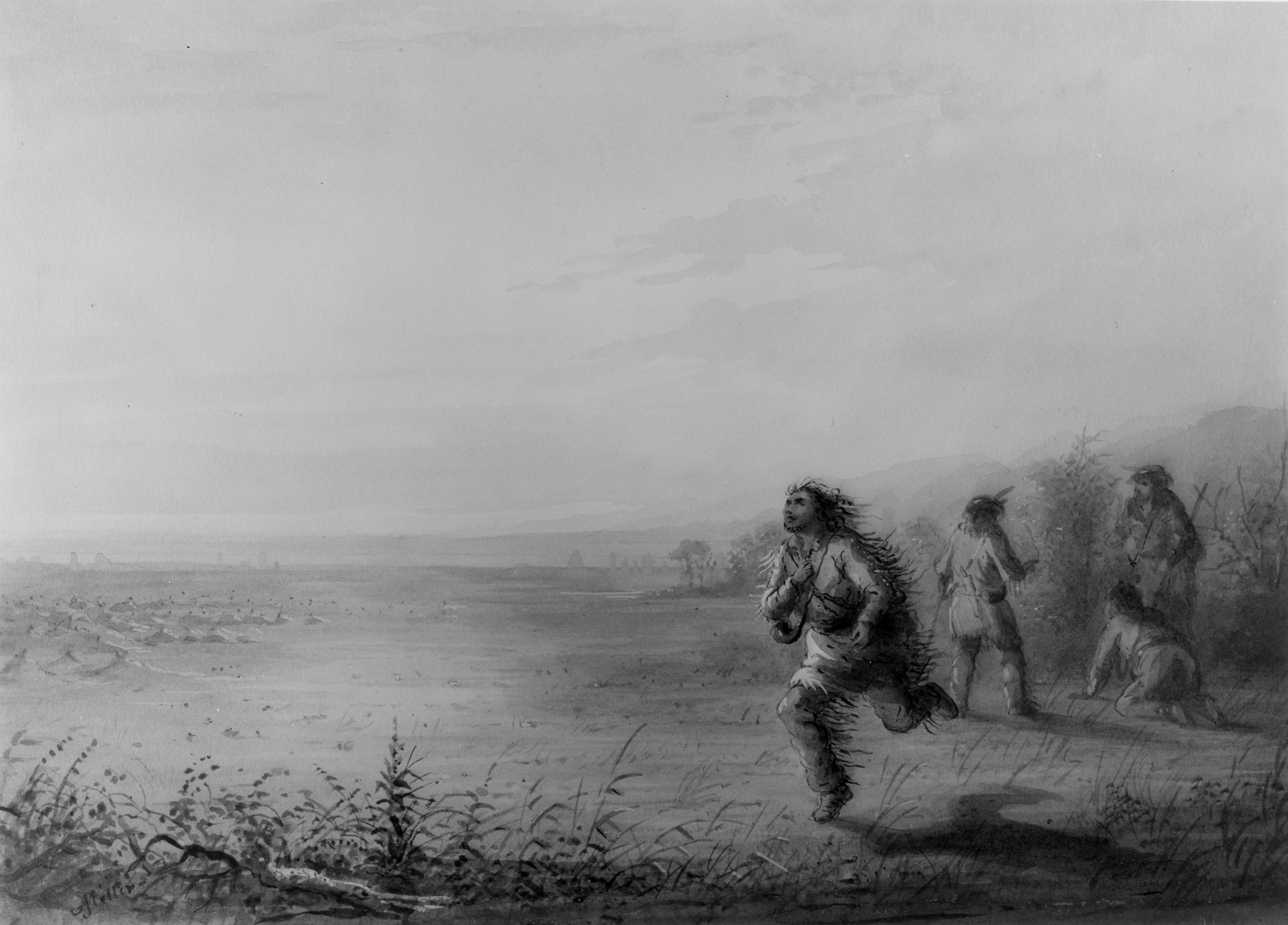 "This little industrious harbinger of civilization is fast spreading over the fertile plains of the Far West, and may as well have the credit also of having discovered the 'axiom' that 'a straight line is the shortest distance between two given points,' long before that old fussy fellow Euclid ever dreamed of it. The mode of finding their hives is illustrated in the sketch. A piece of honey comb is secured to the top of a bush, this attracts the wild bees, and when several are buzzing about it, the hunters diligently watch them, and as soon as one is ready to start keeps his eye on him. As he flies direct, the hunter urns with his eyes upward, and never loses sight of him till he reaches his destination (usually an old hollow tree), axes are now brought into requisition,- the tree felled - split open,- and the house hold of the poor insects laid bare, filled to overflowing with its sweets, sometimes extending 8 or 10 feet long trunk." A.J. Miller, extracted from "The West of Alfred Jacob Miller" (1837).