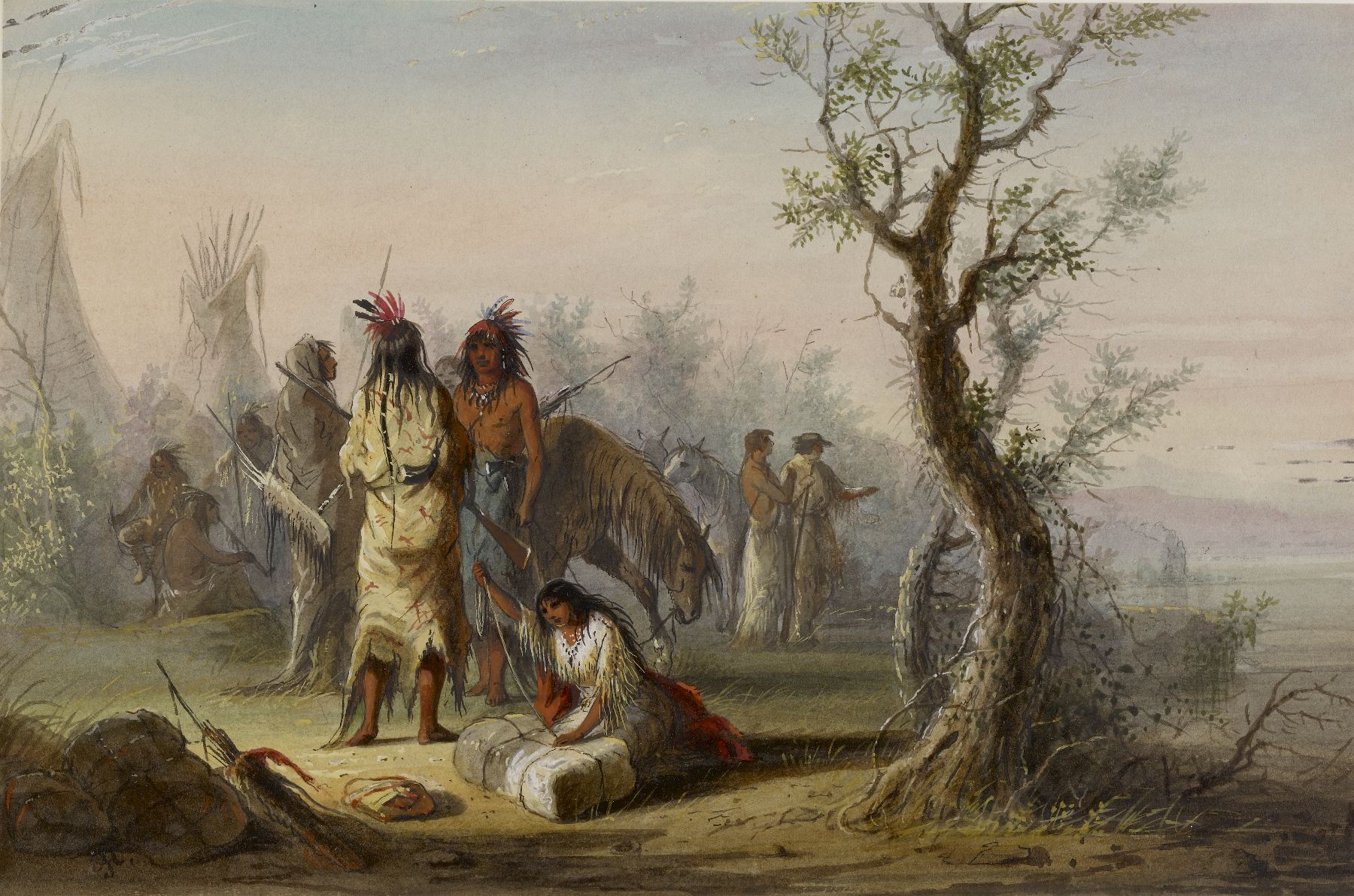 "At no distant date, the mountains and prairies of the Far West will no longer be a place of refuge from the onward march of civilization & 'then (as an American writer remarks) will the last Indian stand upon the verge of the Pacific seas, and his sun will have gone down forever.' The sketch presents a scene at an Indian camp, with their Lodges near at hand;- the principal figure wears a painted robe whereon is depicted his battles,- the figures shewing a glorious contempt for all acknowledged rules of perspective. In the foreground a female is cording a bale of dried meat,- distant figures trying their bows &c." A.J. Miller, extracted from "The West of Alfred Jacob Miller" (1837).

Scene of Trappers and Indians