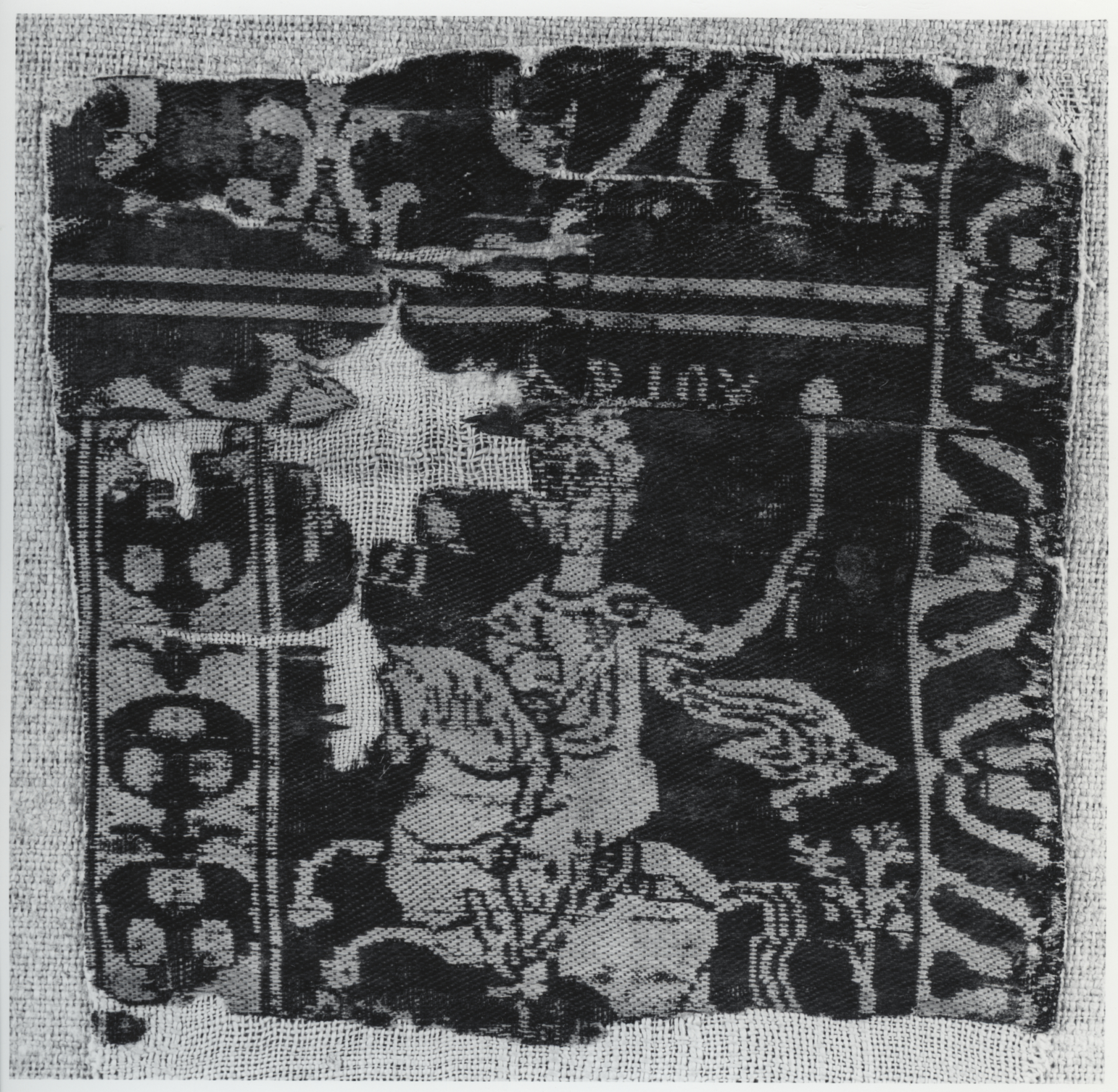 Imperial subjects emerged in the 6th century as a popular motif, and were designed primarily for silk textiles. In this fragment a horseman is depicted draped in a flying mantle and carrying a club. These two objects suggest an imperial relation and the possible involvement in a triumphal victory.