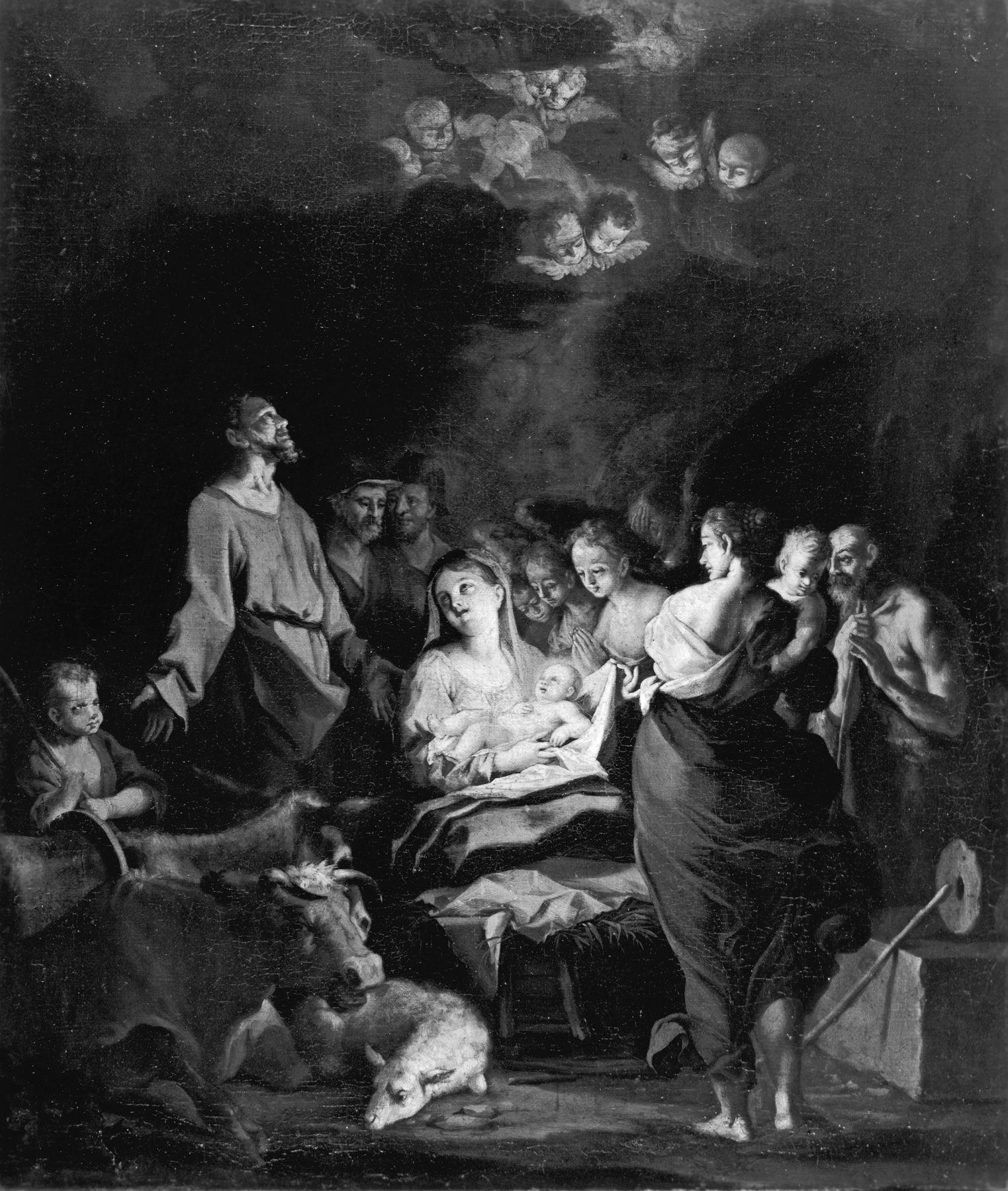 The Adoration of the Shepherds

The nativity of Christ in Bethlehem is represented as both solemn and joyous. A strong light mysteriously emanating from the infant illuminates the darkness and alludes to Jesus' role as the "light of the world" as described in the New Testament.

The Bavarian painter Stern studied in Bologna before settling in Rome around 1700, and his style reveals his immersion in the Italian tradition. The night scene with the strong light that softly illuminates the figures was absorbed from the works of Correggio (ca. 1489-1534), who was revered in the 18th century for the sweetness and softness of his graceful figures. "Stella" is the Italian word for star, a translation of the German painter's last name.

[Signature] On the wooden base of the manger: IGNAZIO. STER[N] | FECIT.; [Transcription] In ink on the back of the original frame: Cristoforo Suave