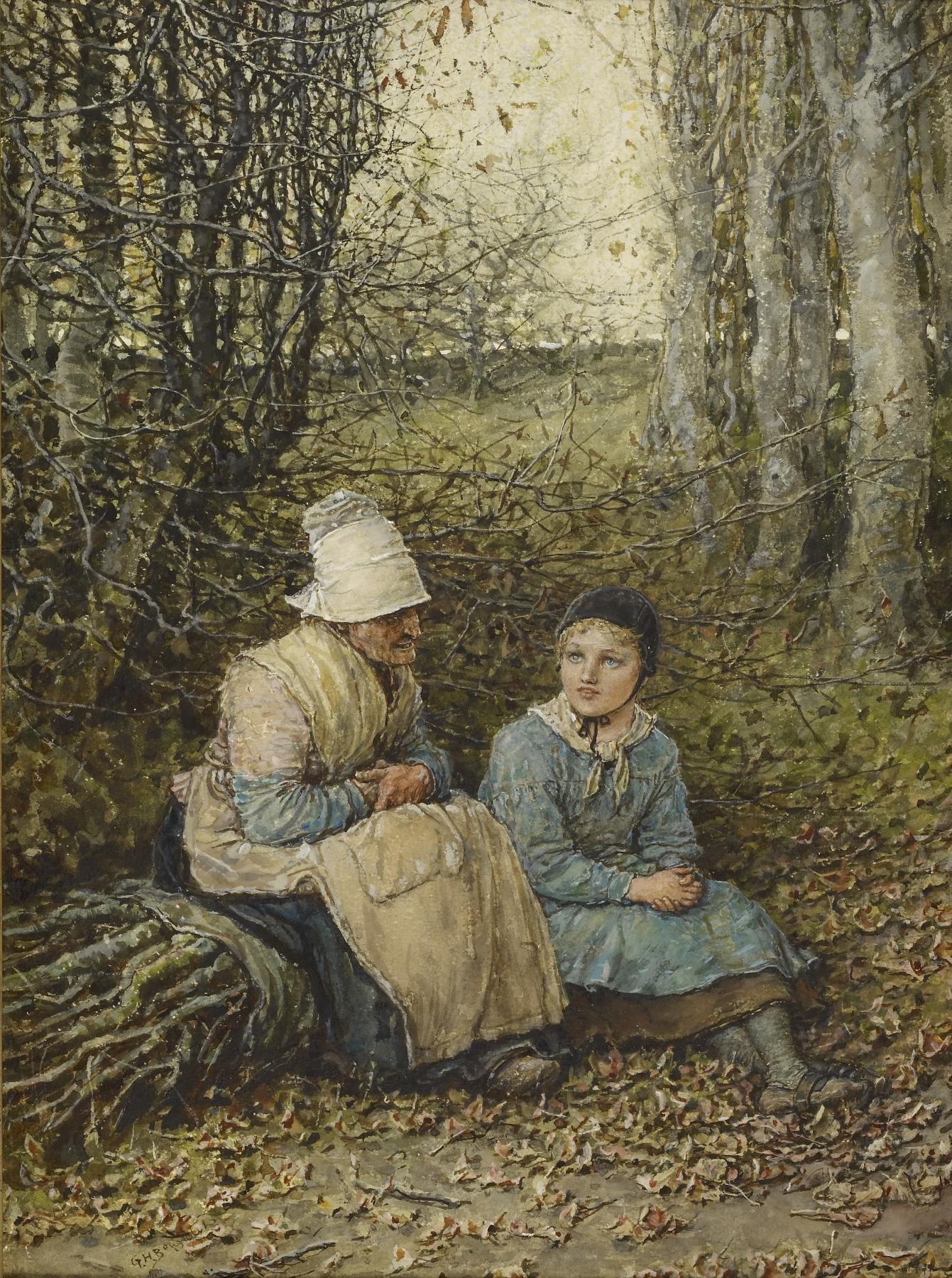 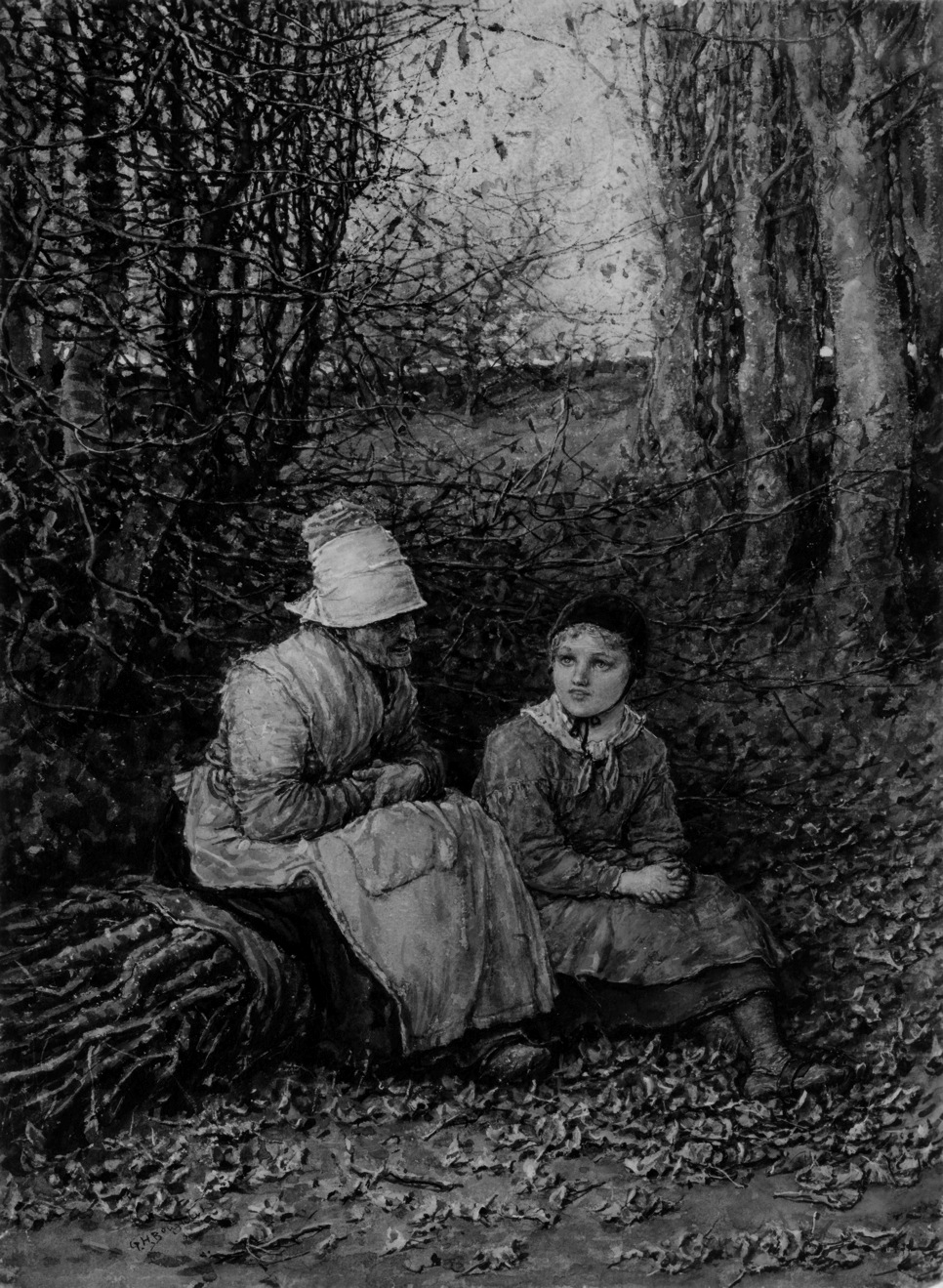 Boughton spent most of his career in England but owed much of his financial success to works aimed at the American market. He was particularly well known for Puritan subjects drawn from popular and literary sources. Late in his career, he furnished illustrations for editions of Washington Irving's "Rip van Winkle and the Legend of Sleepy Hollow" (published in 1907) and Nathaniel Hawthorne's "Scarlet Letter" (published in 1908). While the subject of "The Fairy Tale" is story-telling itself rather than any particular work of literature, its style relates closely to these late works.