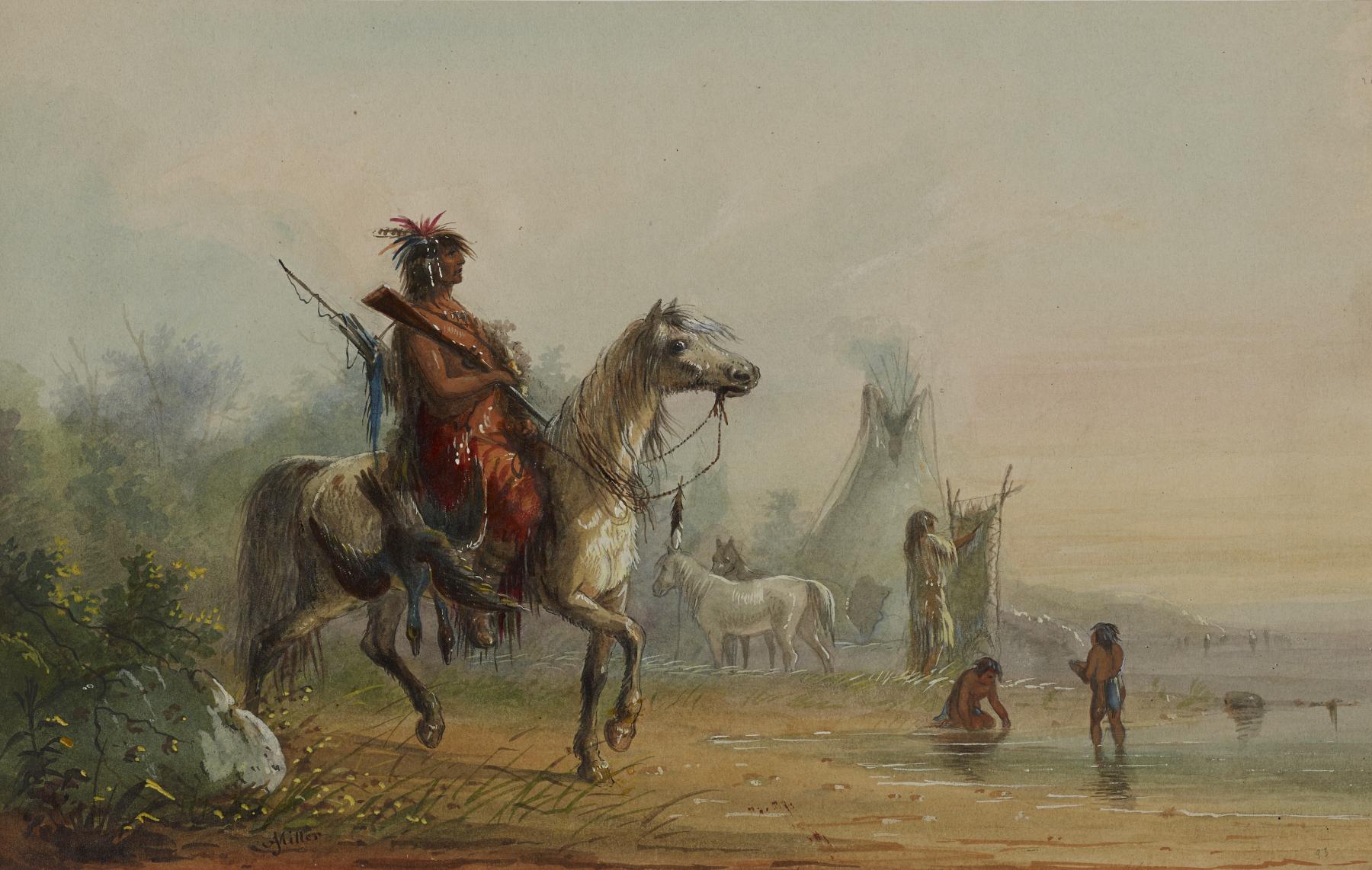 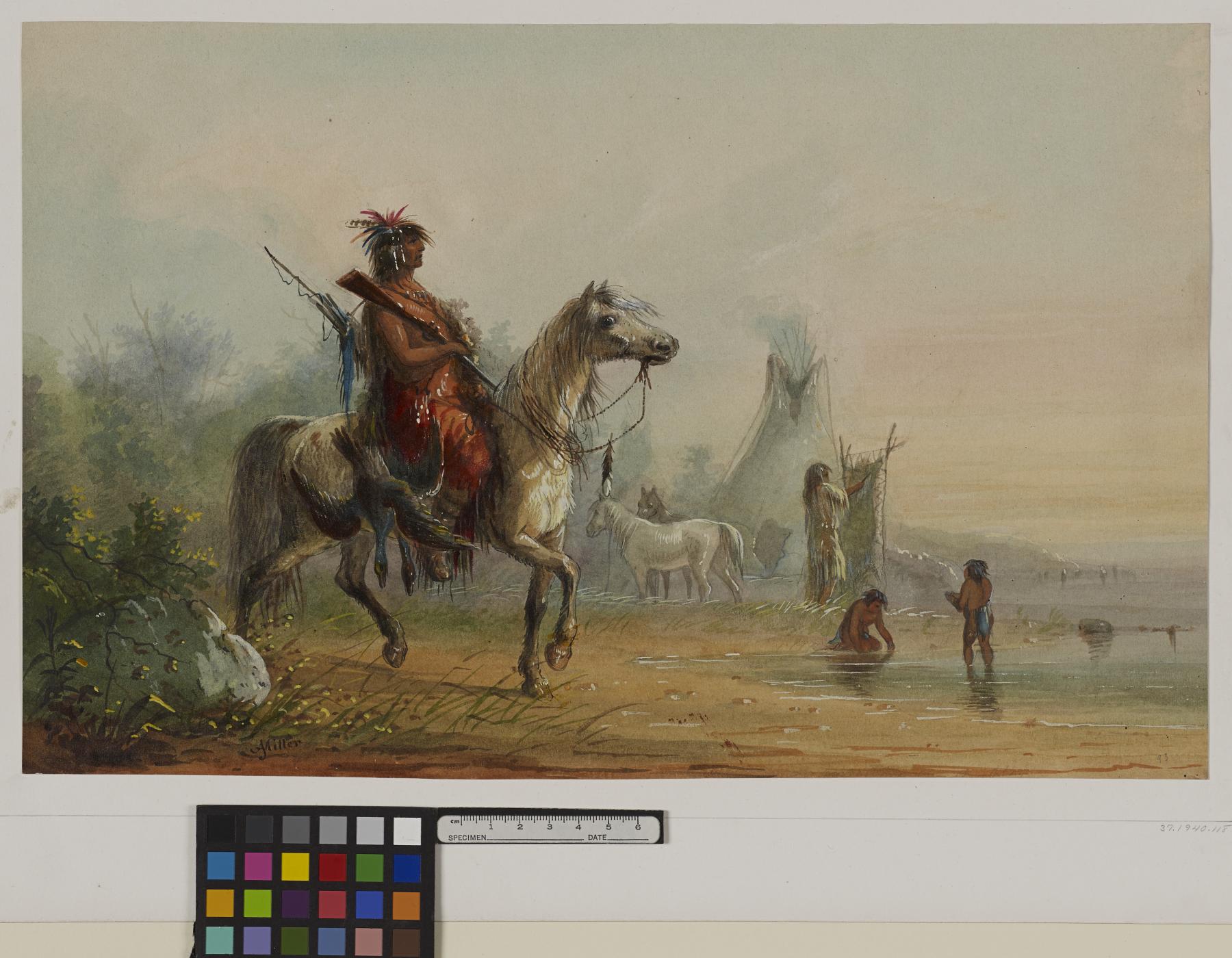 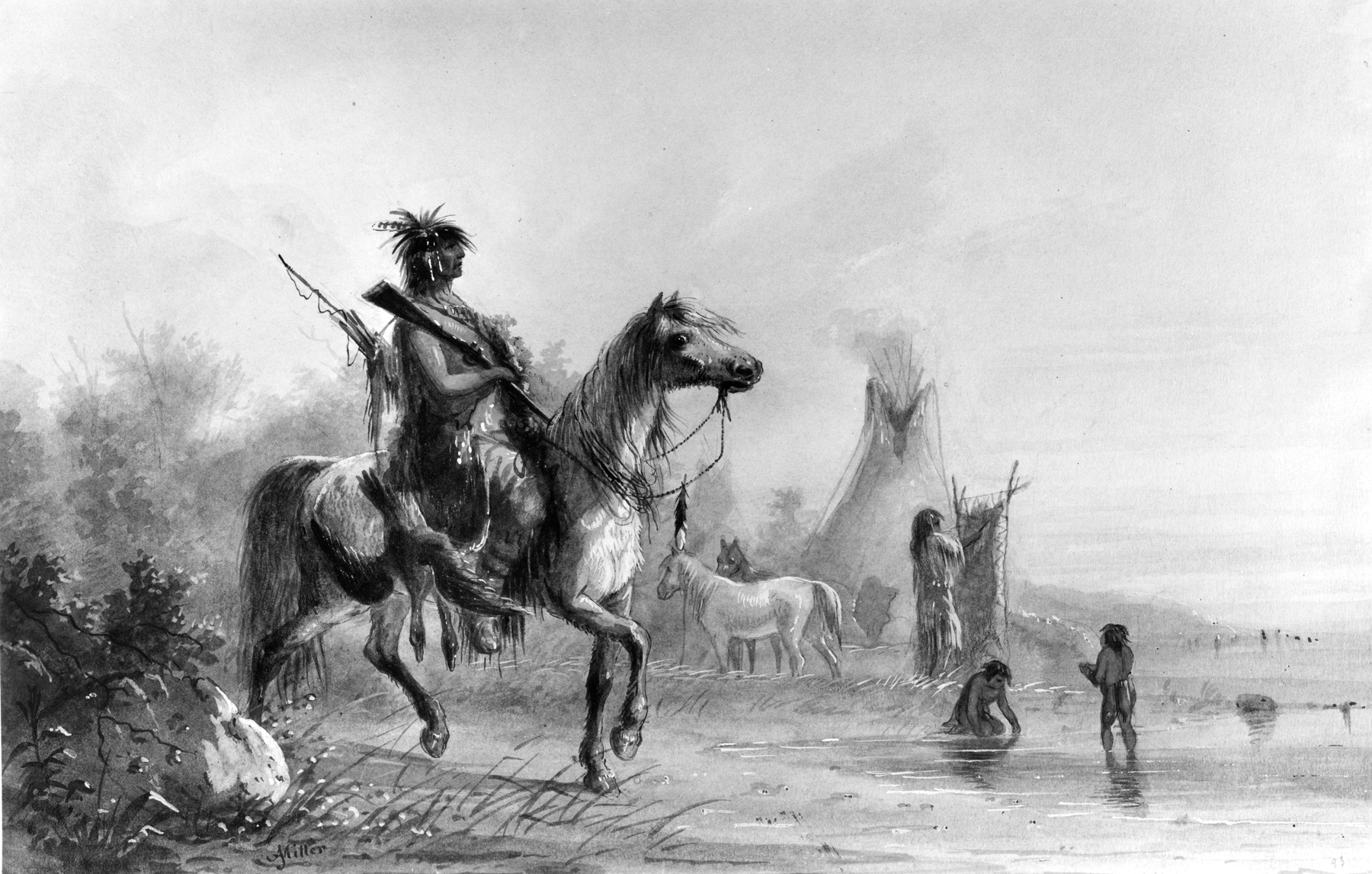 Indian Returning to Camp with Game

"The red men seem to be exempt from one curse that is quite general in civilized life. We allude to ennui. Low spirits and despair are not their attributes. Our Indian in the sketch, finding that all the larger animals have been driven off, is glad to return home with smaller game. In default of this, he would have contentedly gone to sleep without anything;- indeed without much seeming inconvenience, he could continue his fast for a day or two. He has been tortured in his youth by the most painful contrivances to give him courage and endurance." A.J. Miller, extracted from "The West of Alfred Jacob Miller" (1837).