This Mughal painting from Walters manuscript leaf W.695 portrays a Jesuit priest standing in a landscape, holding a rosary in his right hand. It is attributable to the the mid-11th century AH/AD 17th. The top and bottom of the painting are bordered with marbled paper. Reddish-brown-tinted paper with illuminated floral motifs surrounds the image on four sides. 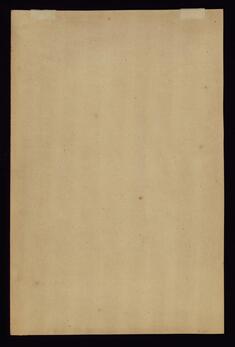 A Jesuit Priest (Back) 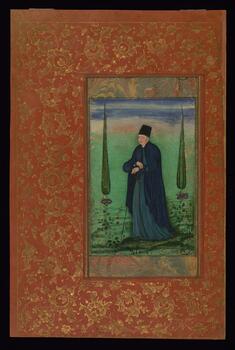